NCC, in a joint venture with SMET, has been commissioned to construct a 1.3km surface water and stormwater tunnel in central Copenhagen. 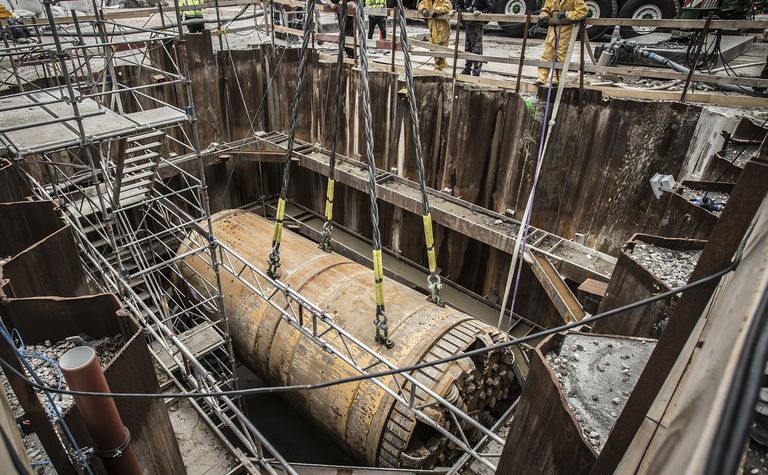 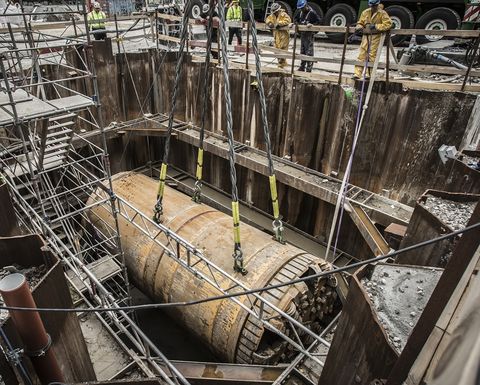 An example of the tunnel drill NCC will be using to create a stormwater tunnel in central Copenhagen (photo: Ulrik M Eriksen)

The project is to be performed on behalf of utility companies HOFOR and Frederiksberg Forsyning and is scheduled for completion in 2026. The tunnel will be named the Kalvebod Brygge Skybrudstunnel and is one of the largest projects in the general plan for managing surface water and stormwater in Copenhagen.

"This type of tunnel will be of key importance to the city's residents, particularly those who frequent the eastern Frederiksberg and Vesterbro districts. It will protect values and safeguard against future climate effects, as well as helping to ensure that the areas can withstand torrential downpours," said Rasmus Sielemann Christensen, CEO of Frederiksberg Forsyning.

The tunnel will have a diameter of nearly 3m, be about 1.3km long and have the capacity to handle 20m3 of water per second. It will, therefore, be dimensioned to handle surface water and potential torrential downpours. The tunnel will cross below 21 railway tracks, run very close to subway tunnels and pass through contaminated land and under several listed buildings in a dense urban environment.

"There is a major need to develop stormwater management in many cities. At NCC, we have extensive experience and expertise in this field. This is an exciting project that places exacting demands on us as contractors and in partnership with SMET, we have the right skill set for the task," said Kenneth Nilsson, business area manager NCC Infrastructure.

The project also includes the construction of Scandinavia's largest pumping station, three shafts and a new promenade along Kalvebod Brygge. Work will commence in early 2022 and is expected to be completed in 2026.