The Riverlinx Construction Joint Venture (BAM Nuttall, Ferrovial Construction and SK ecoplant) delivering the design and build of the Silvertown Tunnel on behalf of Transport for London (TfL) has announced the factory acceptance test of the tunnel boring machine (TBM) that will be delivering the new Thames river crossing’s tunnelling works. 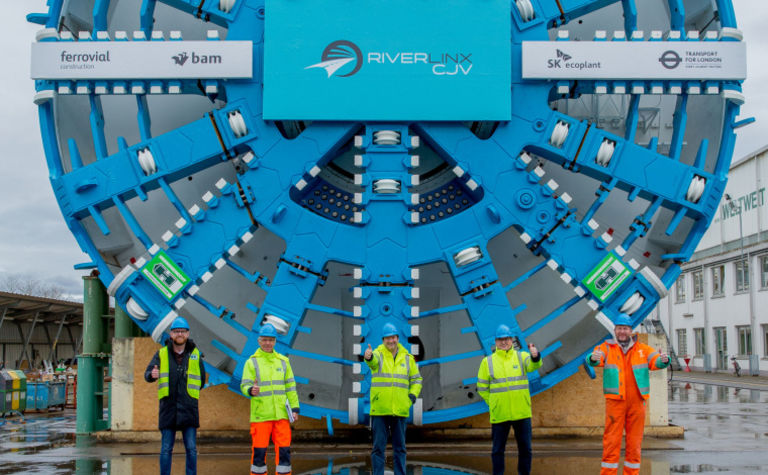 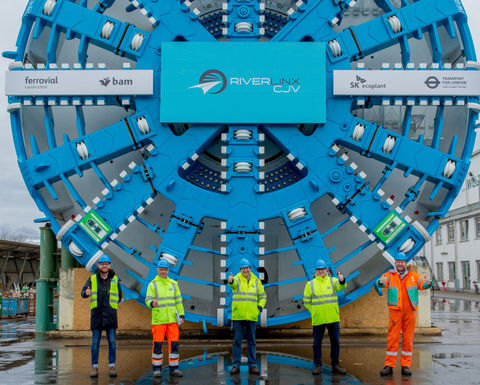 The TBM, which is the largest diameter rig to be used in the UK, has been built by Herrenknecht in Germany and passed the factory acceptance test successfully in December 2021.

The 11.91m diameter of the TBM is the equivalent of almost three London double decker buses. Compared to the TBMs used on the Crossrail project (7.1m), the Northern line extension (6.03m) and Thames Tideway project (8.85m) all of which took place under London, this machine dwarfs other similar plant to have been operated in the UK in recent years. It will also be larger in diameter than those working on the delivery of the HS2 high speed rail link.

The length of the TBM is approximately 82m and it weighs 1,800t - 1,200t of that being the enormous shield which equals 95 times the weight of a double decker bus. The heaviest Crossrail TBM shield weighed in at 526t, Northern Line Extension at 310t and Tideway at 780t.

The Silvertown Tunnel TBM will set off from the Silvertown launch chamber, piling for which is now completed and is currently being excavated and will then be rotated and relaunched from the Greenwich Peninsula, to excavate the second tunnel, completing a total drive of 2,244m. The ability to turn the TBM around is an important feature of its bespoke design which also incorporates the need for it to navigate its way through the stiff clay layers and boulders in this part of London.

When finished, it will have excavated nearly 600,000t of material to form the tunnel - which will be extracted by barges along the river to keep construction traffic to a minimum during the project.

Juan Jose Bregel, project director, Riverlinx CJV, said: "It gives me and the delivery team an enormous sense of pride to have reached this important milestone for the Silvertown Tunnel project. Not only seeing the works really taking shape in preparation for launch at the two main sites at Silvertown and Greenwich but feeling the excitement of what is still to come as the pieces of the TBM arrive to be reassembled and launched in the first quarter of 2022."

Helen Wright, head of the Silvertown Tunnel programme at TfL, added: "This a big moment for the Silvertown Tunnel project, which will reduce congestion and toxic air pollution at the Blackwall Tunnel and allow for more bus routes to cross the river at this location. Everyone working on the project looks forward to this impressive machine starting tunnelling in Spring 2022, so we can remain on course to have this vital new river crossing open in 2025.'

The Silvertown Tunnel will be a new 1.4km twin-lane road tunnel under the River Thames, linking North Greenwich and Silvertown. Once open, the tolled crossing will also reduce congestion as associated pollution, as well as improve the reliability and resilience of the Blackwall Tunnel, where drivers face daily queues, with the tunnel closing for incidents more than 600 times a year on average.

Construction work is well underway and site operations have been established on both sides of the river in preparation for the arrival of the TBM. The first pieces have already begun to arrive on site, keeping to a programme for launch in Spring 2022. Due to the extraordinary weight of the components, and the location of the sites, a combination of barge movements along the Thames, as well as lorry movements, are being deployed to transport the pieces. The strategy being used aims to minimise road use and optimise river transportation.

When completed in 2025, the Silvertown Tunnel will be the first new road crossing east of Tower Bridge since the Dartford Crossing was built over 30 years ago. 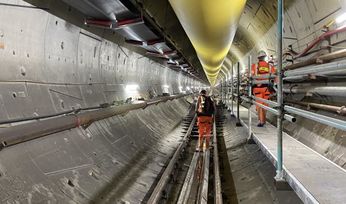 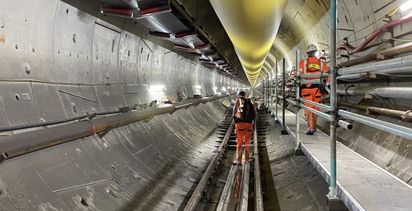 Installing one of the UK's largest retaining structures