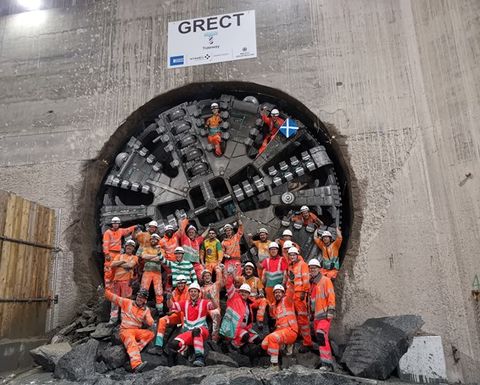 TBM Annie, named after Annie Scott Dill Russell, the first female scientist to work at the Greenwich Observatory, broke into the shaft at Tideway's Chambers Wharf site on April 5.

This major milestone now means that the only tunnelling work remaining on the super sewer project is the final section of TBM Selina's drive toward Abbey Mills Pumping Station.

Robert Margariti-Smith, tunnel manager, said: "This is a fantastic moment for the Tideway team as TBM Annie arrives safely at her destination. The team at Greenwich, where the journey began, and at Chambers Wharf, where it's now finished, have done a superb job in getting us to this point. Although there is much work to be done, it's great to have reached this milestone - bringing London ever closer to a cleaner Thames."

The focus for the tunnelling team will now switch to the removal of the TBM from the shaft at Chambers Wharf as well as the secondary concrete lining of the 4.5km tunnel.

TBM Annie began her journey at the end of 2020, passing Tideway's sites at Deptford Church Street and Earl Pumping Station along the drive.

Despite being smaller than the TBMs used to create the main tunnel, TBM Annie is still an impressive 6.4m wide - almost as wide at the Big Ben clock dials. The machine was manufactured by Herrenknecht in Germany before being dismantled, shipped and reassembled in the 50m-deep shaft in Greenwich.

Much of the excavated spoil from the tunnelling operation was removed from site by barge; Tideway has invested in new marine infrastructure to use Deptford Creek as a transport artery in order to keep lorries off local roads. 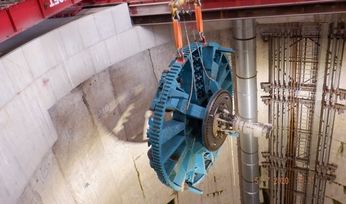 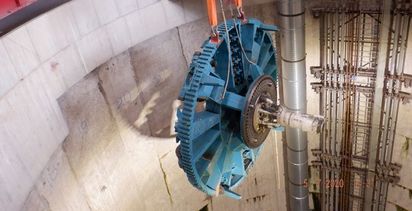