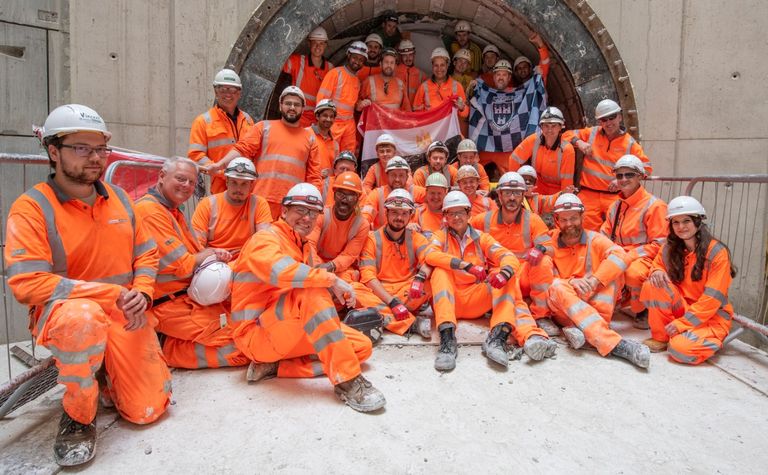 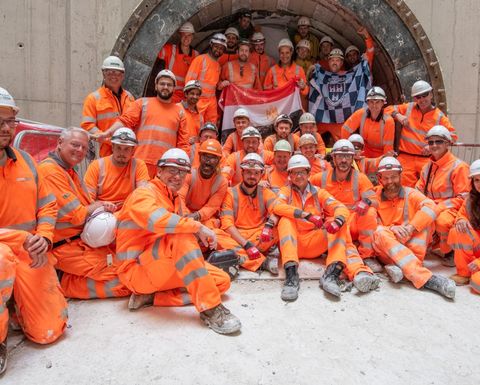 The 140t Herrenknecht TBM, named ‘Christine' after Christine Townley, the former executive director of the Construction Youth Trust, known for her championing of diversity and STEM careers, began its journey at the LPT site in Hurst in July of last year. In total, it has travelled 6.7km underneath London, reaching depths of up to 50m underground in the process.

The completion of the drive represents a key moment for the £1 billion (US$1.2 billion) project to rewire London and prepare it for future electricity demands as the city continues to grow. LPT will also help provide crucial infrastructure for helping the UK energy sector to reach net-zero targets.

Speaking at the breakthrough, Gareth Burden, project director, London Power Tunnels, National Grid, said: "The completion of Christine's journey from Hurst to Eltham represents a significant milestone for all of us working on London Power Tunnels. After close to a year of tunnelling, it is exciting to see the first connection between sites.

"The team has worked so hard to make this happen, in the face of tough ground conditions. Thanks to Hochtief Murphy Joint Venture (HMJV), Herrenknecht, our engineers, fitters, miners and everyone else involved. A special thanks also goes to the Joseph Gallagher Ltd gangs who put in some hard yards down in the tunnel. It's great to take a moment to celebrate with them and see the flags and kits proudly on display."

LPT is a crucial infrastructure project that will ensure people living in Eltham and Londoners more widely can continue to access safe and reliable electricity supplies. LPT is currently under-budget and on time.

The project is part of National Grid's continued investment across the network - connecting, expanding and maintaining through projects such as Hinkley Connection Project, a £900 million investment to connect low carbon energy to six million homes in the south-west. It also has a planned series of investments along the East Coast of England to deliver on the government's target of 50GW of offshore wind generation by 2030. 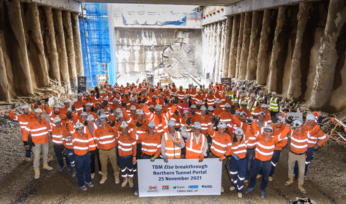 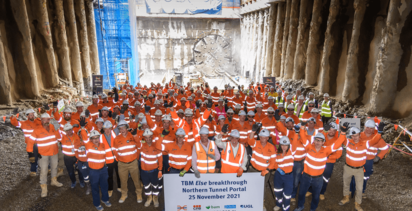