The cutter head for the tunnel boring machine (TBM) for Silvertown tunnel under the Thames linking Silvertown to the Greenwich Peninsula in east London, UK, has been lowered into the shaft – marking another milestone for the project. 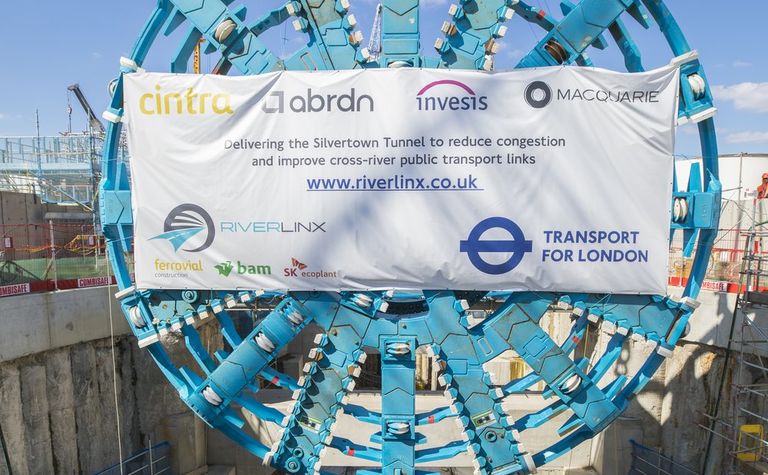 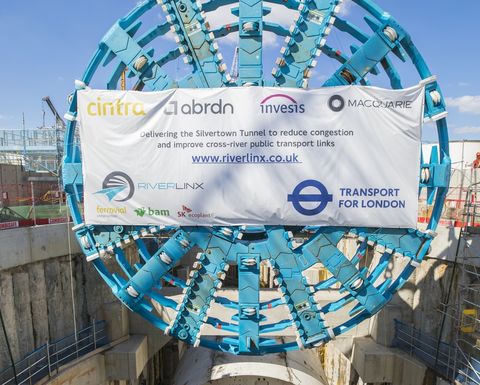 The SIlvertown TBM cutterhead being lowered into place

The 1,800t TBM, which measures 11.91m and is the equivalent of almost three double-decker buses, is the largest diameter TBM in the UK. It began being lowered into the launch chamber in pieces last month, where it will be assembled within the chamber before commissioning and starting to bore the 1.4km tunnel later this summer.

As well as the cutter head, parts of the TBM shield have also recently been lowered down into the launch chamber, as well as the 250t main drive of the TBM. Elsewhere on the site the conveyor which will carry tunnelling spoil from the chamber to barges to then be transported along the river is approaching completion, and the first of the concrete tunnel rings to be installed as the TBM progresses across the river have also begun arriving.

As well as relieving pressure on the frequently congested Blackwall Tunnel, once open in 2025 the new twin-bore tunnel will also increase the number of buses able to cross the river at this point. The tunnel will have a dedicated bus lane in each direction and will operate at least 20 zero-emission buses per hour from opening, radically improving cross-river connectivity, and allowing more people to have access to new jobs and opportunities. 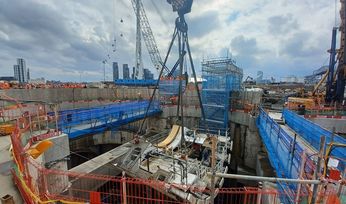