It has been a long time coming. In fact, it has taken more than 50 years for sonic drilling research to come full circle - back to one of its earliest uses as a pile driver. Now, however, the technology is far superior and set to transform the piling industry with a just-patented method.

But first, a little history on how we got here. Back in the 1960s, an early sonic pile-driving rig enjoyed a small measure of success using two Second World War army tank engines that generated a whopping 1,000hp, but, despite much effort and a fair bit of money, by the 1980s, sonic pile-driving research had fizzled out with little to show for 20 years of effort.

That is about the time that Ray Roussy, a Canadian engineer, entered the picture. His work on sonic drilling had suddenly ended when his employer, Hawker Siddeley, a British aerospace company, decided to abandon sonic research.

Roussy was convinced the technology was viable - not so much as a pile driver - but, instead, as a drilling rig that could offer faster speeds and the much-appreciated ability to drill through mixed soils where other rigs would jam up. He decided to continue the research but on hisown and with no financing. It was not an easy road but, with perseverance, Roussy patented and successfully commercialised modern sonic drilling technology as we know it today.

After 35 years of effort, Roussy's award-winning patented technology is now used in almost all drilling applications and around the world on six continents. Drilling three to five times faster through mixed soils, using no drilling mud (so less mess to clean up) and able to provide continuous core samples, sonic drilling technology has been embraced by many industries, including mining, geothermal and environmental.

Option 1: Sonic pile with end cap (building rests on it)

In the coming months, a new twist on this technology will be introduced to the construction industry - a move that has been anticipated for nearly a year but was kept secret until patents could be filed.

"It's been a time-consuming but exciting project to finally realise the piling installation potential in sonic drilling technology," says Roussy.

Although he spent the better part of his life and career perfecting his sonic drilling technology, it did not stop him from reflecting on its earliest roots in pile driving. "I always believed the sonic drill would, one day, find its original niche in building foundations," says Roussy.

Roussy, who is president of the Sonic Drill Corporation, which manufactures sonic drill rigs, and Sonic Drilling Ltd, which owns a fleet of sonic rigs that are used for contracting purposes, first used the newly-patented pile-anchor method on his own offices for Sonic Drilling Ltd.

"One of the main advantages of using a sonic to install pileanchors is that it can be done efficiently, with no pounding, in tight spaces and without impacting adjacent structures," he says. "Plus, on larger piling installations, there's no need for cranes or heavy equipment, while smaller projects can be quickly and easily completed - lots of opportunity to save on costs."

Sonic pile-anchors also provide earthquake protection by preventing the building from shifting or separating from its foundation - a significant cause of damage and death in seismic shake-ups and building collapses.

Sonic Drilling Ltd is now actively quoting on pile anchoring projects as word has spread locally about the advantages of the new technique.

In addition, like the adoption of sonic drilling technology in general, it should not take long before this new application is in use around the world. 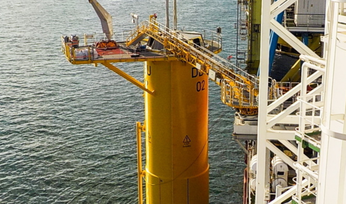 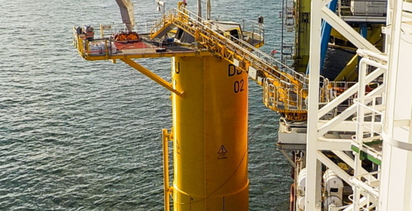