Manual drilling is a growing phenomenon for drinking-water supplies, writes Kerstin Danert of the...

Manual drilling, also known as hand drilling or hand turning, refers to several drilling methods that rely on human energy to construct a borehole and complete a water supply. The techniques can be used in areas where formations are quite soft and groundwater is fairly shallow.

Manual drilling has received limited research attention. Most data and case studies are found in grey literature such as project documents or in people's heads. In cases where NGOs are promoting manual-drilling techniques, most information in the public domain is intended for fundraising. It does not include detailed documentation or analysis. In cases where manual drilling is an established technology, this is firmly in the hands of local private enterprises and the householders who pay for the borehole construction.

Drawing together experiences of manual drilling from 36 countries, the recently published Manual Drilling Compendium (Danert, 2015) by the Rural Water Supply Network (RWSN) provides a synthesis of otherwise highly fragmented information, much of which never published in academic or grey literature. A key conclusion is manual drilling is here to stay - and even growing.

Manual drilling can provide safe drinking water. The equipment can easily be transported to remote locations to serve people who would otherwise be left behind. Households, businesses and governments appreciate the lower costs compared with machine drilling. It can also provide local employment.

Manual-drilling methods are being used to provide water for drinking and other domestic needs in at least 36 countries. The techniques are well established in some. In Bangladesh and India, for example, millions of people in rural and urban areas use ‘tube wells' drilled manually.

Bolivia boasts considerable experience with manual drilling; an estimated 30,000 boreholes are in use today.

In several African countries, manual drilling is on the increase. Chad and Nigeria have enjoyed a huge upsurge in manual drilling, with thousands of wells in use.

Nigeria is witnessing a process whereby manual drilling (mainly jetting) for domestic water supplies is becoming a mainstream and accepted approach in the feasible areas of at least 25 of its 36 states. Households are driving the uptake of the technology but the public sector also contracts manual drillers.

"[Manual drilling] is the order of the day. Before you start building a house, you must have money to put a borehole there," says the general manager of the Rural Water and Sanitation State Agency (RUWASSA) in Oyo State.

In others countries, like Malawi, manual drilling has been introduced recently. There are examples of drilling techniques being adapted by private enterprises as well as development organisations to suit the local context within Africa.

Experience shows that as soon as manual drilling takes off, most boreholes are installed for households and businesses as self-supply sources. Once established, manual drilling tends to operate in the informal and unregulated economy. Drilling supervision becomes virtually non-existent.

A broad array of borehole designs exists - from diameter, casing and screen materials to sanitary seal. There are widespread concerns about potentially contaminating the shallow aquifers tapped. Unfortunately, this is not supported or refuted by synthesised information and analysis of water quality.

Popularity for manual drilling is growing within certain countries, and also from several development agencies and philanthropists. For more than five years, UNICEF has been a key player in encouraging governments in Africa to consider manual drilling and support approaches that enable the work to be undertaken professionally.

The profile of manual drilling among wider development and research communities should be higher than it is. Manual drilling provides employment for tens of thousands of people. The method is here to stay. The low initial investment costs mean manual drilling has a very low entry barrier for NGOs who want to promote it, or for enterprises that want to venture into the business.

A blue plastic pipe against the shop wall is the trade symbol for drilling services, often with a mural, in Chad

Unfortunately, some promoters and local enterprises are undertaking manual drilling without a basic understanding of good drilling practices. In such cases, borehole design, well development and installation are learned through trial and error. Poor gravel packing, the wrong screen and/or inadequate well development can result in a water supply that goes out of service within days, months or years. Siltation, due to poor drilling and installation practices, will produce turbid water and can result in pump failure. A sanitary seal may be left out, risking contamination by surface pollution.

As manual drilling spreads in the private sector and is taken up by enterprises that lack the knowledge and skills, minimum standards are in danger of not being upheld. Inadequate supervision of the drilling and installation process as well as lack of adequate regulation exacerbates this problem.

Manual drilling offers an incredible opportunity for raising access to safe, reliable and affordable drinking-water supplies. Often, the boreholes can also be used for productive purposes or multiple uses. It also benefits local employment. The question is how to set and uphold adequate minimum standards for the industry, as well as those promoting it. There is a need to raise professionalism. 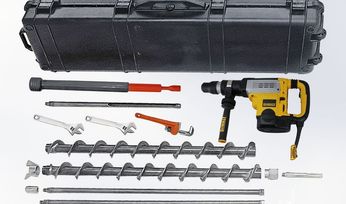 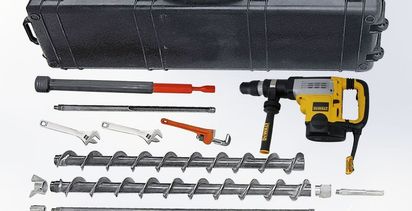