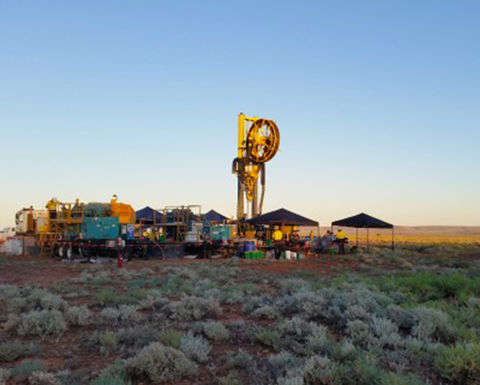 The trial site was adjacent to a hole previously drilled by conventional diamond-drilling methods and provided a typical example of the thick cover sequence of the Olympic iron-oxide-copper-gold (IOCG) province of South Australia.

CT drilling differs from conventional drilling in that the drill string is a continuous, malleable steel coil, as opposed to being comprised of individual steel rods that must be connected and disconnected.

During the trials, the RoXplorer first drilled, cased with steel pipe and then cemented the top 30m of the hole. The main hole was then drilled through the cement and into open formation with a downhole hammer and percussion bit powered by a downhole motor. The rig drilled 367m in four successive 12h shifts, for an average of 92m per shift, and at an average penetration rate when drilling of 15m per hour. This compares with around 25m per shift at an average penetration rate of 3m per hour diamond-drilling in the adjacent hole.

The hole was terminated at just over 400m depth having intersected the target basalt. The cuttings recovered were representative of the geology intersected in the adjacent conventional diamond hole.

According to DET CRC CEO Richard Hillis, the performance of the RoXplorer rig and CT drilling ‘system' were outstanding.

He added: "It is a revelation to watch rapid drilling with no rotation, no-one near the drill string, no rod handling and no fluids on the surface. When going well, it is wonderfully dull. When tripping in and out of the hole, it is wonderfully quick. Not many people see the start of a revolution in an industry, and I was lucky enough to see one on the Eyre Peninsula."

The RoXplorer rig weighs only 15t and can be easily road transported without the need for special permits. DET CRC stated that, as well as being fast and cheap, it offers a substantial improvement in safety because individual rods do not need to be manually handled (moved or connected). The system also offers environmental benefits because drilling fluids are fully recycled using an above-ground AMC Solids Removal Unit (filters and centrifuges) and no sump is dug.

The trials represent the culmination of a A$20 million (US$15 million) research project by the DET CRC to develop a next-generation drill rig for greenfields mineral exploration that can drill at a cost of $50/metre to a depth of 500m.

A final field trial is expected to be undertaken around the middle of the year before the technology is offered to DET CRC partners for licencing. The timing of the commercial release of the RoXplorer rig will be subject to the licencing process and its commercialisation by the licensor. 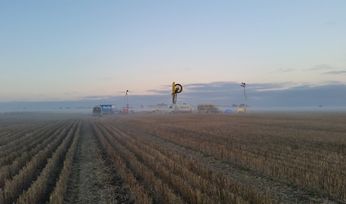 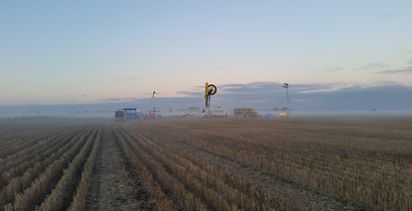