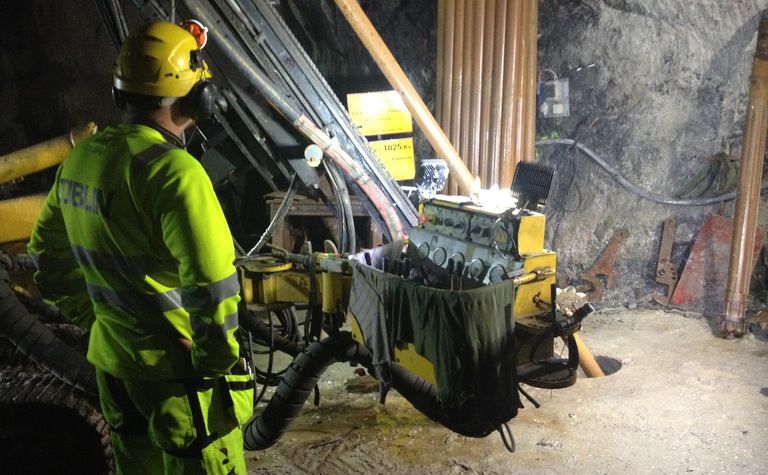 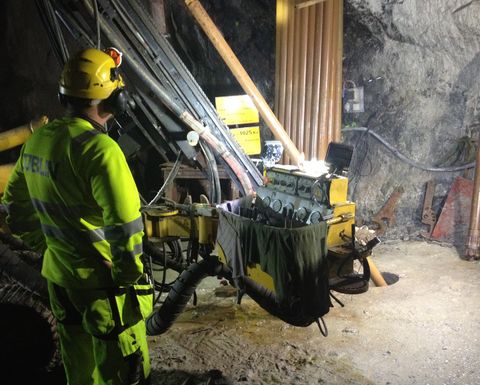 Ground engineering contractor Züblin Scandinavia, part of the Austrian Strabag Group, has worked at the Boliden Garpenberg mine in Sweden for the last few years.

GDS Geo Drilling Solutions, which offers its customers drilling tools, solutions and qualified service support for sale and rental within foundation, tunnelling, dams, geo-energy and mining, and US manufacturer of down-the-hole tools Drill King International have provided the mine with a complete range of water-propelled drilling products, from electric high-pressure water pumps to drill bits, water hammers and hole openers.

Boliden Garpenberg is known as the world's most productive underground zinc mine; in addition, a variety of ores containing lead, silver, copper and gold are mined here. The mine, a part of the Boliden Group, has a yearly production of more than 2.5 million tonnes and is of the backfill type, meaning that after extraction the ore is replaced with paste to prevent settlements in the surrounding geology.

In 2015, Züblin started using water-propelled hammers and hole openers to drill for utility holes, so that the mine could install infrastructure - mainly for transportation of cement paste for the backfill procedure, but also for electricity and water supply. For this project, safety and environmental considerations were the main reasons for choosing the water-propelled technology over air-drilling equipment.

All of the water-propelled drilling equipment was manufactured by Drill King at its factory in Texas, while GDS was providing the contractor with continuous technical support on site, in order to ensure on-time production at the mine. In addition, the advanced automated filter system from Ramson was introduced to the mine in February 2017, with the goal of lowering the hammers' maintenance costs.

Water-propelled drilling technology works similarly to the air-hammer drilling method, i.e. by rotation and percussion. However, it uses high-pressure water instead of air as the drilling medium. It's the physical characteristics of water that create the unique drilling advantages of the water-propelled method, including:

Water-propelled drilling has been used for over 25 years in more than 200 projects globally in over 30 markets. Consequently, this technology is well proven and is increasingly being utilised in foundation, tunnelling, dams, geothermal, maritime, mining and exploration, and oil and gas storage projects. More specifically within these industry segments, water-propelled drilling has performed well in several applications such as casing advancing, pre-drilling for jet grouting, drilling in hard rock, pre-drilling for rock fissure grouting, freeze-hole drilling, drilling of utility holes in mines, etc.

The Boliden Garpenberg mine also chose water-propelled hammers over conventional air hammers due to their higher operational efficiency. This allowed for a lower power supply on the high-pressure pump, when compared to a compressor used to run the same-size air hammer. The mine could supply a max of 125A at a voltage of 400V, which meant a maximum allowed power consumption of around 75kW for the high-pressure pump. More specifically, the electric-driven high-pressure pump was controlled by a frequency converter, which permitted accurate adjustment of the pump capacity with the highest possible pumping efficiency. The frequency converter also allowed the power takeout from the electric grid to be adjusted to match, but not to exceed, the available supply power at each location in the mine.

Another reason for selecting water-propelled technology was the fact that it's problematic to run large-size diesel compressors underground. Namely, it's challenging to ensure a proper air exchange, considering that diesel engines produce a lot of heat and exhaust. In this respect, a smaller-size electric pump reduces the risk of fire hazard, which was very important for the mine. They had experienced a situation where a large compressor caught fire a few years ago, which resulted in the closure and evacuation of the whole mine

The essence of the project was drilling utility holes of up to 10in (254mm) in diameter that could transport backfill paste, water and electrical supply and/or communication/automation network cables.

1. Hole openers were used to open 3in core drilled pilot holes. In two passes the hole is opened to 10in, or if only a smaller diameter is required, in a single pass to 6.5in. This is the conventional (old) method, which is used for longer holes up to 250m length. The drilling equipment used included Drill King's water-propelled hammers (5in and 6in) and hole openers, and GDS' electric-powered high-pressure water pump and water cleaning system.

2. Direct drilling with water hammer for high-accuracy straightness instead of core drilling of the pilot hole. This method is a development of the drilling procedure, which saves on costs and facilitates the transport logistics in the mine, thus making pilot hole core drilling obsolete. With this method, the pilot hole was drilled with the same drill rig and equipment as when the hole openers were used. Specifically, 3.5in water-propelled hammer and drill bits from Drill King, guiding rods, heavy starter pipes and drill string stabilisers, along with the same high-pressure pump and water filtration unit, were used in order to create a straight drilling system. This method was recently introduced and is used for drilling shallower holes of up to 50-60m.

The quality of the water used for drilling was an important project consideration, especially when working in the mining environment, where mine water is often surface water being collected in small settling basins. The water available at the mine was not clean enough to run a water hammer on, so additional filtering was introduced to increase the overall quality and reduce the content of abrasive impurities. The impurities cause premature wear of the moving parts in the hammer, and keeping the impurities' content to a minimum increases hammer life and performance while reducing maintenance efforts and costs. The installed automated self-cleaning filter from Ramson ensured a filtration degree of 20 microns, which was way below Drill King's usage recommendations and the manufacturer's specifications for the water hammers. It's interesting to know that the filtering unit is working in symbiosis with the high-pressure water pump. When the filtering unit provides the pump with cleaned water, it receives the electric power and compressed air needed for its function by that same pump.

The mine geology presented another challenge as it would vary from soft talc to very hard and abrasive crystalline rock, where drill bits with inserts made from standard tungsten carbide could only last a few drilled meters before they were worn out completely. To address these extreme drilling conditions, Drill King manufactured most of the drill bits and hole openers with diamond-coated carbide inserts.

Given the mine's strict requirements on safety as well as the challenging geology, the Boliden Garpenberg project proved the importance of continuous involvement and commitment from all partners throughout all project stages. In particular, the close cooperation and constant communication between GDS and Drill King ensured that their client's evolving needs were addressed in a timely and efficient manner. As the water-propelled technology becomes more and more popular, customers around the globe will find this kind of partnerships to be the key to successful project implementation. 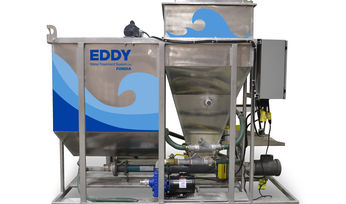 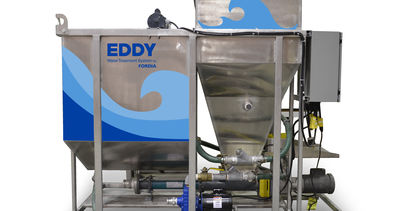 Starting a discussion on water