With a century of experience, the family-run Royal Eijkelkamp Group has become a global provider of products, know-how and services for soil and water projects, as well as sonic drilling. Signe Hansen attended the company’s World of Royal Eijkelkamp event to explore the latest innovations from Eijkelkamp SonicSampDrill, including the SonicCPT and LIBS In-line Grade Scanner 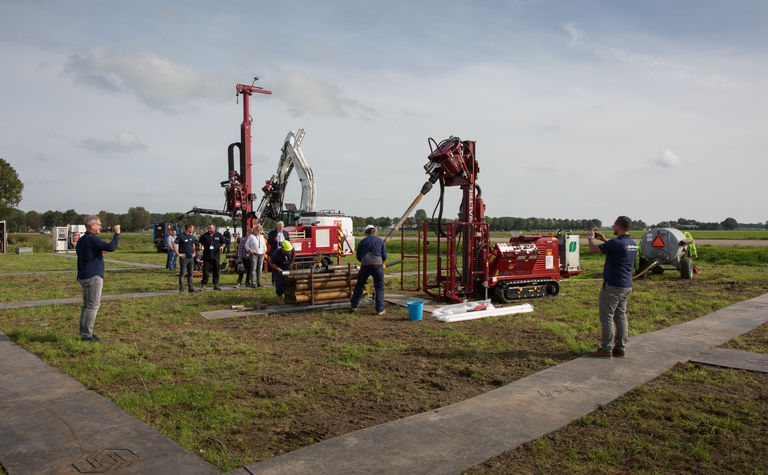 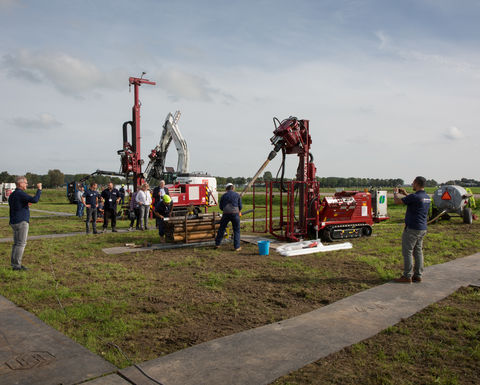 The highlight of the World of Royal Eijkelkamp event was not just the official handover of management from Fons Eijkelkamp to his son, managing director Huug Eijkelkamp, and CEO Frank Tillmann, but also the official inauguration of the new entity, Eijkelkamp Geopoint.

Eijkelkamp Geopoint is the sole trader of the patented SonicCPT, a machine that combines sonic vibrations with cone penetration testing (CPT) to create a fast and reliable geotechnical testing method for overburden formations.

Huug Eijkelkamp explains: "From origin, Geopoint is a company specialised in manufacturing and engineering CPT equipment. They were looking for a way to expand and get into more innovative products, so we aligned our thoughts and decided to continue together. This has already produced great results for sonic drilling equipment: SonicCPT and our new CPT apparatus, which converts a sonic drill into a CPT machine."

The SonicCPT was just one of several geotechnical and mining innovations presented at the World of Royal Eijkelkamp event. Others included the SonicWireLine system, a sonic-proof wireline winch system, and the LIBS in-line Grade Scanner for ore sorting, an innovation that allows mining companies to measure and characterise ore samples and share data in real time.

Officially founded as a spin-off of Eijkelkamp Soil & Water in 2005, Eijkelkamp SonicSampDrill started its first sonic developments within the mother company in the early 90s. The company has produced, sold and deployed more than 400 sonic rigs worldwide, the largest of which vibrates down to depths of 400m (the LargeRotoSonic).

The technique behind sonic drilling transfers resonant energy down the drill string, while simultaneously rotating the drill string to evenly distribute the energy and impact at the drill bit. This fluidises a thin layer of the surrounding soil, reduces friction around the drill string and allows for three to four times faster drilling times than conventional overburden sampling and drilling techniques. In alluvial material, vertical vibrations are generally enough to drive down a drill string for several metres without the injection of any water or air.

Because of this sonic drilling can reduce waste up to 70%, provide almost undisturbed samples in virtually all formations and cut through obstacles to create a borehole with less than one per cent deviation.

One of the newest and smallest additions to the Eijkelkamp SonicSampDrill fleet is the SmallRotoSonic PL (SRS PL). Weighing just four tonnes, the rig is designed to combine the powerful sonic force with a small and manoeuvrable package.

"The smallest rigs allow new clients to try out the power of sonic drilling without a huge investment. It's a four tonne rig, and it's easy to transport and manoeuvre in small spaces," says Troy Chipps, head of Royal Eijkelkamp's North America entity, which opened in 2015.

With an eccentre that spins with 9,000rpm to achieve 150Hz, and a drill string that can rotate with 0-100rpm, the SmallRotoSonic PL (SRS PL) makes it possible to bring up a core from 20-30m in ten minutes. SonicSampDrill will showcase the advantages of its SRS PL and CPT innovations during Groundwater Week in Nashville, and on demo tours planned throughout the US in early 2018.

Developed in collaboration with GeoPoint, SonicCPT includes a special cone to be used in conjunction with sonic drilling. The combination of standard CPT techniques and sonic drilling makes it possible to push through layers that provide too much friction for conventional CPT. In a worst case scenario, it is possible to predrill through hard layers, set a casing and continue with CPT. Huug Eijkelkamp explains: "The CPT apparatus is set on an arm so you can swing it in, place it with break-out clamps and connect it with hydraulic hoses. It allows you to do a 20t or 10t CPT push with a sonic drill."

The sonic CPT option also makes it possible to use the rig for multiple jobs and reduce rig size. "Normally, if we talk about CPT companies, you're first drilling the casing for the CPT company to then advance CPT equipment - with this machine you can do both, so instead of having two machines on the same spot, which is very expensive, you can do it with just one machine. It saves you mobilisation costs, it saves you cost for double crews and double machines. We think this is the future," says Huug.

All data from the CPT can be registered in real time on-site on a laptop.

The significance of real-time data is also the drive behind Eijkelkamp SonicSampDrill's latest innovation for the mining industry, the LIBS (laser-induced breakdown spectroscopy) In-line Grade Scanner for ore sorting. Developed together with the Netherlands Organisation for applied scientific research TNO, Delft University of Technology and Royal IHC, with funding from the EU, the LIBS In-line Grade Scanner provides a new approach to determining the value of raw materials straight out from the mine.

Fons Eijkelkamp comments: "SonicSampDrill's analysis means that you can do the measurements and sensors that you normally do in a laboratory directly behind the drill rig. You can put all the data straight into the cloud, and in this way enable all stakeholders to follow what's going on in real time. They can then decide whether to drill deeper, do more testing or go home - it's so efficient."

CEO Frank Tillmann agrees that collecting and sharing data is indeed the future of the industry. "Our market is changing. You can see it at the moment - it's a lot about data, the internet of things. People want real-time data on pressure, speed and resistance, so they can adjust accordingly, eventually automatically. [… ]It doesn't matter if you're selling an auger or a sensor or a sonic drill; in the end what the customer wants is data that they can base decisions on."

Another new innovation from SonicSampDrill is the SonicWireLine system, an addition to the sonic tooling. SonicWireLine makes it possible to take four-inch (102mm) core samples in liners without the use of drill rods, decreasing sampling time by three to four times. While wireline systems have been known for a long time, conventional systems are too fragile to use with sonic drilling.

SonicSampDrill's SonicWireLine pumps the wireline and core barrel to the target depth, where it locks in place with water pressure. The locking mechanism is secured and monitored by a water pressure gauge. A conventional overshot is then used to unlock and retrieve the core. "As you know, sonic drilling is already fast, but we would like to make it even faster," stresses Huug Eijkelkamp.

SonicSampDrill is currently working on a project that will see this technique employed on a submergible sonic rig, with a maximum operating depth of 3,000m below the water surface. 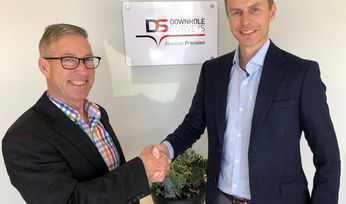 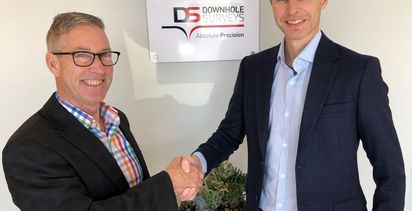