A new year has brought renewed optimism to US-based drill rig manufacturer Schramm, which aims to double the number of rigs leaving its factory, compared to last year 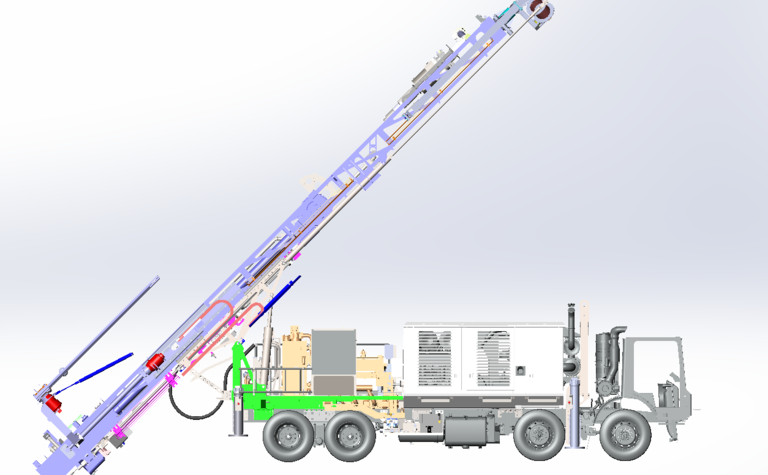 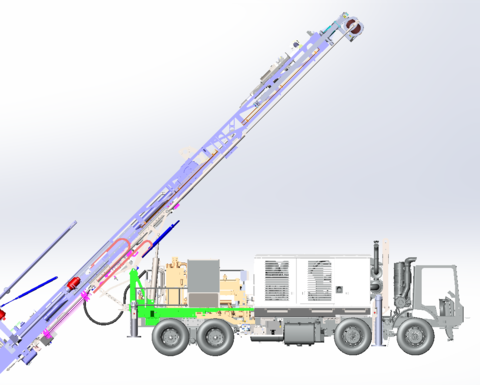 With OEMs hopeful that the difficult years are finally behind them, they are also starting to take more chances and working on innovative solutions.

Some drilling contractors' fleets haven't had an update in years, meaning many will have to spend some money to get back on site - once the work starts flowing again.

"People are certainly starting to spend more money," Craig Mayman, Schramm's new vice-president of sales and aftermarket, tells GDI. "But it's still not quite at the tipping point where people are spending as much as they'd ideally like to be."

After attending this year's Association for Mineral Exploration (AME) Roundup, Mining Indaba and the Prospectors and Developers Association of Canada's (PDAC) convention, Mayman said the main takeaway was an increasingly optimistic one.

"The juniors seem to be raising money, and the big companies are starting to spend money on one-, two-year contracts now," he says.

"The contracts are getting better; the rates are still tough for drilling contractors though, which is probably the last piece of the hurdle here - for them to really start spending money.

"A lot of people haven't spent money on capital equipment for quite a while now; a lot of it's from five, seven, even ten years ago, which means a lot of rigs are getting long in the tooth as well. So, they have to start spending some money here soon, too, but they're just trying to hold off until they're getting a little more profitable contracts in, which I suspect will happen through the balance of the year.

"With bigger juniors coming online, they're usually happier to spend more money, so that puts a bit more pressure on the big guys to start paying a little bit better as well."

Once the contractors start looking for new machines that will improve their efficiency, boost safety and minimise cost, manufacturers need to be ready to address these needs.

When it comes to Schramm's rigs, designed for water well, geothermal, mineral exploration and oil and gas applications, almost all of them are nowadays offered with KL-style hands-free rod handling and a break-out device, like the Metzke dual breaker, to help reduce manual tasks and keep operators at a safe distance.

Moreover, the company's more recent Fury platform rigs come with electronic controls. The first machine in the range - the Fury 130 for larger water wells and mine site dewatering - was introduced at MINExpo 2016. Schramm is now building and getting ready to sell the first unit of a reconfigured, reverse-circulation (RC) exploration version of the Fury in Australia.

According to Mayman, there hasn't yet been much push or demand for electronic controls outside of Australia. "People are talking about it, but it's not something that's really flowing through to a true demand yet," he notes. "That's coming as well though."

The introduction of new innovations and technologies can seem daunting for some operators, who might not feel comfortable with learning new systems and ways of working.

"There's still this nervousness, from a support standpoint," Mayman confirms.

"And this happened 20 years ago, 30 years ago, when rigs changed from mechanical to hydraulic rigs. To begin with, anyone that was practical with their hands could work out how to diagnose a mechanical rig, and then it switched to hydraulic, and all of a sudden people needed hydraulic knowledge.

"Well now, you'll need electrical and hydraulic knowledge. That's going to be a point of contention and nervousness for a lot people.

"But we also know that it's coming, so in the end you just have to take the plunge and do that, because otherwise someone else is going to, and you might miss the boat in the development cycle."

Accordingly, the Fury rig is a step in the right direction, and as Schramm continues to work on and develop its electronic controls, it aims to extend the technology across it others product lines.

"For now, [the Fury] is our first foray into it - on the mining side at least. On our bigger oil and gas rigs, we've been doing that for two, three years."

Some operators might also be worried that the electronic controls are no comparison to the experience they've gained using hydraulic levers and the ‘feel' they have for the rig.

In fact, the electronic controls, which handle more like gaming controllers than your traditional levers, will probably feel more comfortable for the younger generation of drillers.

"The idea is that it should also be simpler. Having the electronics on there gives you a lot more information available on the rig, too.

"The idea is that people would certainly be brought up to speed and considered qualified and capable a lot sooner. That's the goal with it," Mayman comments regarding the training needed.

In addition to the exploration version of the Fury rig, Schramm is also focusing on promoting its T455GT machine - its current bestseller - which features the T455WS mast (40,000lb/18t pull-up) to assist in deeper exploration projects.

"We're trying to take the best advantage of the mining market coming back, and really just focusing on putting ourselves on a better footing."

Schramm is also boosting its inventory of spares, as it needs to continue to fully support the older, existing rigs that are now going back to work. 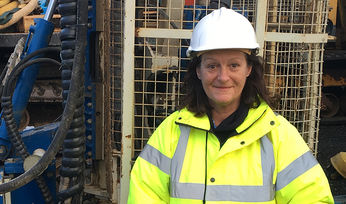 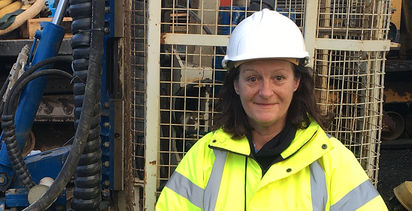