MacLean Engineering is leading a change in the way mines operate their vehicle fleets with plans to have full electrification of its fleet by the end of 2018. 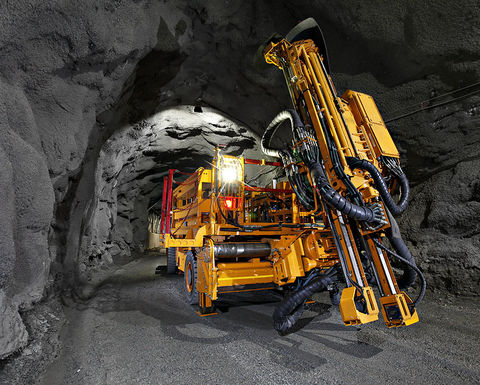 The global mining industry is in a state of constant change as it strives to meet growing pressure to become as environmentally conscious as possible. It also faces the challenge of increased health and safety for the workforce.

Alongside the obvious issues, there are other factors such as vehicle emissions. Simply put, diesel-powered vehicles create a lot of heat and fumes that need to be ventilated in order to provide safe working conditions.

In 2015, it turned its product development attention towards designing a battery-powered fleet that would respond to the mining industry's growing need for cost containment through energy and mine design efficiencies, along with improving underground air quality for miners.

The MacLean approach to battery propulsion is built on giving its customers access to the best-in-class battery, electric motor, onboard charging, and vehicle analytics technology, and then successfully integrating those components into mobile underground equipment by leveraging its multi-discipline engineering expertise, hard-rock mining knowledge, and custom manufacturing experience. In other words, you cannot just understand the battery cycle, you need to understand the mining cycle in which the battery will be used.

MacLean will have its entire 8ft-wide, 3 Series fleet battery power ready by the end of 2018. The electrification process really took off for it when Goldcorp decided to move its Borden exploration project in Canada forward as an all-electric mine. In order to achieve this, the miner chose MacLean as one of the two suppliers to the project in 2016.

MacLean Engineering currently has seven, and will have a total of 15, battery electric units, including six MacLean bolters, working at Goldcorp's all-electric Borden project.

The aim is for the mine fleet to become fully-electric and it will eventually include a MacLean blockholer/utility drill.

Its first five battery electric units arrived at Borden in April of 2017; two bolters, an emulsion loader cassette, a boom truck cassette and a scissor lift, with more MacLean EV (electric vehicle) units to be shipped including a blockholer, the first of MacLean's Ore Flow suite to be electrified.

Full-fleet electrification will be available by the end of 2018, but MacLean says this is just the first step in aligning itself with what its customers need and expect.

The company moved rapidly into the EV propulsion space because it saw the business drivers the industry was facing - heat and ventilation dispersal requirements becoming a prohibitive cost with a diesel combustion fleet, where the only economic way to access increasingly hard-to-reach ore bodies is through the introduction of EV - reducing ventilation and equipment maintenance costs and providing a work environment free of diesel fine particulate matter.

As it works hard to fully electrify its fleet of ground support, ore flow/secondary reduction, and utility vehicles, MacLean is also aware that electrification is but one step in the ongoing mechanisation of underground mining, a transition to the mine of the future that will be increasingly efficient through digitalisation and automation that will help to increase productivity and reduce costs.

This will require a communications infrastructure underground that makes every piece of equipment smart and connected. It will require automation, which has already started with LHDs and now needs to work its way through the rest of the mining cycle, to potentially no cycle at all with ongoing advances in continuous mining technology.

The end goal is to address historically low-efficiency metrics in underground mining.

When MacLean made the decision to move to electric power it set out a number of criteria that it needed to meet in order for the programme to work.

Many of these focused on the need for compatibility. For example, the electrical systems would need to be compatible with existing power supplies for ease of charging. Those same systems also needed to be adaptable to all MacLean's products, including the option to retrofit them to older equipment.

Nor was it simply enough to create a rechargeable-battery system, rather it had to be powerful enough to match or better the performance of existing diesel-powered machinery.

Adaptability was also given consideration by MacLean Engineering and to this end, it was decided that any system developed by the company must deliver a high degree of commonality across its suite of underground mining vehicles.

To help it achieve these aims, MacLean sourced best-in-class EV technology and componentry from around the globe and leveraged its multi-discipline engineering expertise and hard-rock mining experience to successfully integrate them into its line of ground support, ore flow, and utility vehicles.

Among the businesses MacLean has collaborated with on its transition to electric power was Medatech Engineering, the manufacturer of the Altdrive System. Altdrive is an engineered system used to replace diesel engines in heavy equipment. It is a line of alternative drive powertrains consisting of hybrid, or completely electric means of propelling machinery with industrial batteries.

Working with Canadian company TM4, MacLean incorporated high-efficiency, high-torque electric drivetrain and motor control features that provide regenerative braking capability (approximately 25 per cent energy re-coup going down-ramp). For the actual charging system, MacLean is working with Bel onboard chargers, which are scalable in 25 kW packages with a 50kW package being the standard configuration, all of which are 575V to 100V compatible. 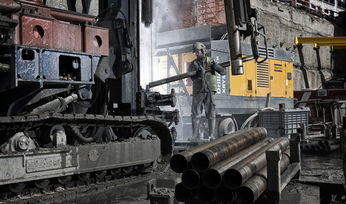 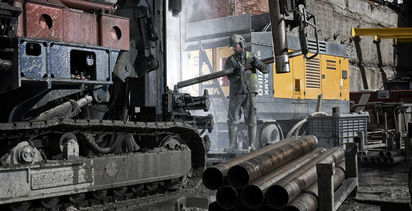