Auroch Minerals has announced the appointment of DDH1 Drilling to undertake the maiden drill programmes at the Arden and Bonaventura Projects in Australia. The programmes will comprise up to 5,000m of a combination of reverse circulation (RC) and diamond drilling targeting high-grade base-metals and/or gold mineralisation across seven high-priority target areas. 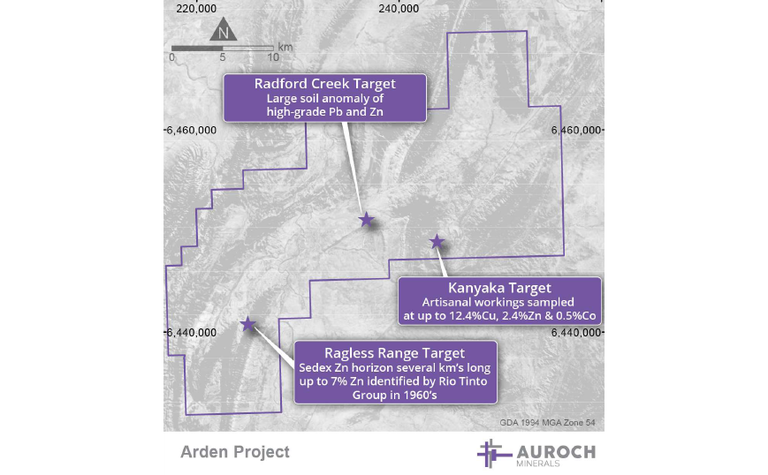 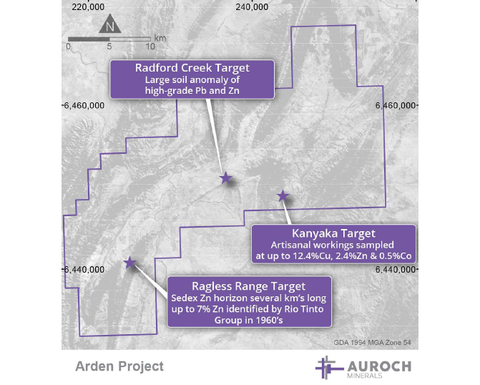 At the Arden Project, the drilling is planned to test three high-priority target areas identified by the company from both historical and current exploration. Drilling at the Ragless Range Target will test the high-grade Sedex zinc mineralisation down-dip and along strike from the known mineralisation in the existing drill holes and trenches completed by the Rio Tinto Group in the late 1960s. The planned drill holes at the Kanyaka Target will test the strike and down-dip extensions of the high-grade copper-cobalt-zinc mineralisation observed at the surface and in old artisanal workings, whilst drilling at the Radford Creek Target will test high-grade lead-zinc soil anomalies.

At the Bonaventura Project, the drilling programme will be focussed on four target areas that the company has determined are the highest exploration priorities. At the Dewrang Target, the strong chargeability anomaly identified over a significant strike length by the company's recently- completed IP survey 1 will be the focus of the drill programme. The down-dip and strike extensions of the known high-grade zinc mineralisation intersected by historical drilling and artisanal workings will be the drill target at the Grainger Prospect, while the shallow chargeability anomaly identified at the Vinco Target will be tested by the planned drill holes. The fourth target area, the Kohinoor Target, will also be drilled to determine the size and extent of the very high-grade gold-quartz vein mineralisation that was the focus of historical artisanal mining.

"The company continues to build momentum following the results from its recent IP survey, and we are excited to be partnering with DDH1 Drilling for our maiden drilling programmes. To have seven high-priority drill targets with great potential for high-grade mineralisation and significant scale for our maiden programme is quite extraordinary; we really are just seeing the tip of the iceberg in terms of exploring the large areas covered by our two projects,'' said Auroch CEO Aidan Platel.

Overall the drilling programme will comprise up to 5,000m of drilling utilizing two drill rigs such that both projects are advanced simultaneously. The programme will be a mixture of RC and diamond drilling; the latter will be used when more structural data is required from the drill holes when a smaller drilling footprint is necessary, or where significant groundwater proves problematic for RC drilling.