John Purser gives GDI an insight into how NDT Services undertook pile testing on the One West Point project in London with its new ‘Titan 650’ pile testing system. 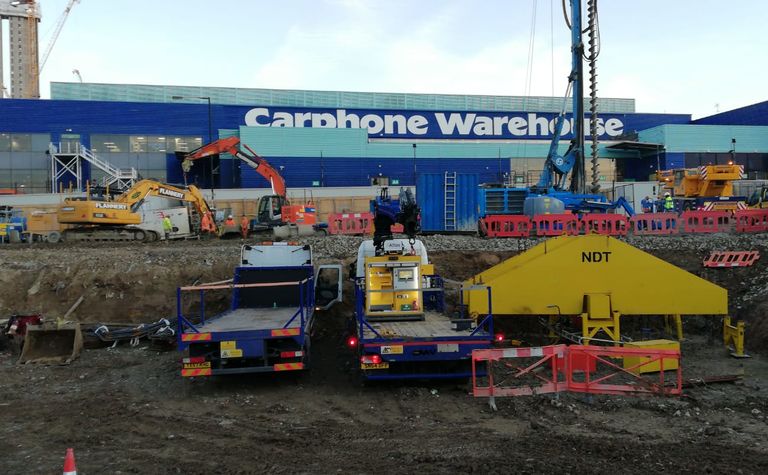 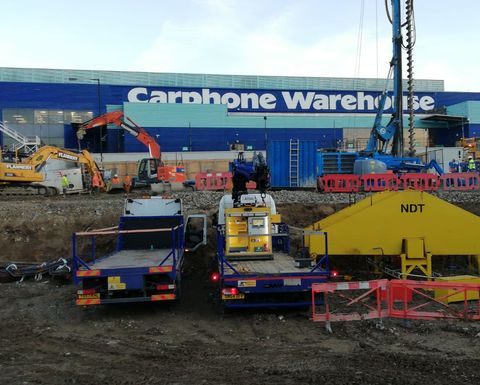 When complete One West Point will be the tallest residential structure in West London, UK, and is a landmark development that will help transform the landscape of the surrounding area. The 54-storey residential tower will be sited in a prime location at the centre of the North Acton/Old Oak Regeneration project, which forms part of the £26 billion West London redevelopment that has seen the recent expansion and growth of White City and Europe's largest shopping centre, Westfield.

NDT Services' client Central Piling was awarded the contract to install 295 linear metres of 600mm diameter contiguous wall, which would support excavation for a 6.5m deep basement containing 600, 750 and 1,050mm diameter rotary cased bearing piles. Due to the factors of safety stipulated, the company had to validate the pile design requiring it to carry out a preliminary pile load test on a selected 750mm diameter test pile. At over 10,000kN, this was the largest static load test that Central Piling had ever undertaken. Given the exacting specification within this high-profile project the company was conscious of achieving accurate, reliable results - instant test data feedback was essential.

The challenge presented in conducting a high-capacity test, coupled with the necessity to monitor results closely in real-time, led to Central Piling instructing Nottingham-based pile test specialists NDT Services (an RSK Group company) to undertake the high-profile preliminary test. The specific requirements of the test were the perfect showcase for NDT Services to deploy its recently acquired ‘Titan 650' pile testing system, a product manufactured by Atlas Pile Testing Systems, part of the Datum Group, now owned by DYWIDAG-Systems International.

NDT Services selected the high capacity NDT00027 reaction frame system, which was constructed over the test pile using a four-anchor pile system. The Titan 650 fully-automated and unmanned static load testing system - fully compliant with the new third edition of the ICE Specification for Piling and Embedded Retaining Walls (SPERWall) - was the perfect hydraulic control and monitoring system to work alongside the chosen reaction frame. Of its many features, the precise loading control, ability to amend target loads mid-test and the advanced remote monitoring facility were seen as essential to achieve the demanding test criteria. In addition to the technical advantages, the safety benefits included removing test operatives from a potentially high-risk environment.

During the very early stages of The One West Point preliminary test, the results looked quite alarming. Pile displacement indicated that settlement was significantly more than anticipated. Closer inspection of the online data also implied that the pile head was rotating. For such a large diameter 750mm pile and given the loads applied at the early stages of the test this was unusual and unexpected. A decision was therefore taken to stop the test and inspect the pile.

As a result of the instantaneous data feedback, Central Piling and NDT were able to identify on-site that the pile cap had not been filled completely level and that the steel casing was deflecting under load. The solution was to infill the void and restart the test. The test re-start allowed erroneous data, which would otherwise have compromised results, to be to be eliminated. Test data was then monitored in real-time throughout the duration of the test. Target load application was achieved with a high level of accuracy, ultimately leading to satisfactory pile performance results.

The Titan 650 system proved itself to Central Piling on its first use. Continuing the testing would have led to spurious results, potential cap failure, and concern over pile design and performance.

NDT Services' investment in the Titan test units, the 650 and the smaller 250 units, satisfy and exceed guidelines from the current ICE SPERW Third Edition B17.10.4 Remote Monitoring: When remote monitoring is being undertaken it is to be reported in real time by way of a secure website. The information to be displayed on the website as plots shall include, load versus displacement (average of LVDTs); load versus strain (averaged for each group of four gauges); load versus compression (for each extensometer), and rate of settlement for current load step.

Applications for the Titan pile testing system are widespread. In this instance, NDT and Central Piling demonstrated a test scenario where instantaneous live feedback could be analysed and discussed at an early stage. The resultant conclusions allowed potentially anomalous data to be discounted and the test to continue after necessary adjustments were carried out.

John Purser is the managing director of NDT Services Limited, which is part of the RSK Group 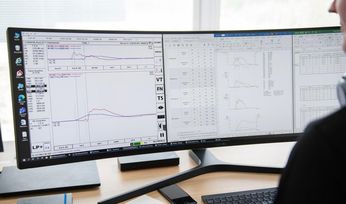 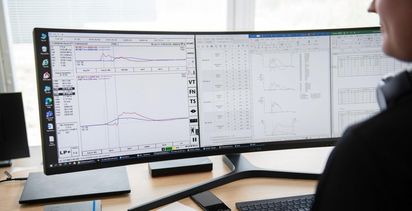 Putting the pressure on pile removal