The foundations of safe simulations

Due to an increasing need for training and competency requirements around deep foundation equipment construction, Bauer Maschinen has developed its Bauer Foundation Simulator to allow users to familiarise themselves with the company’s equipment in a safe environment. 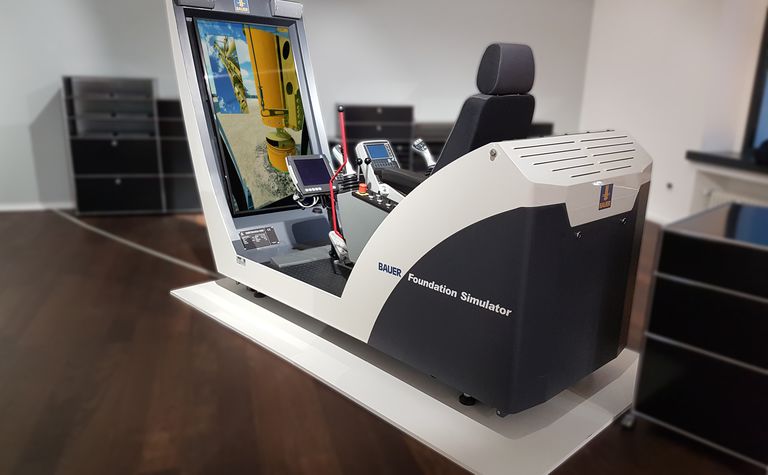 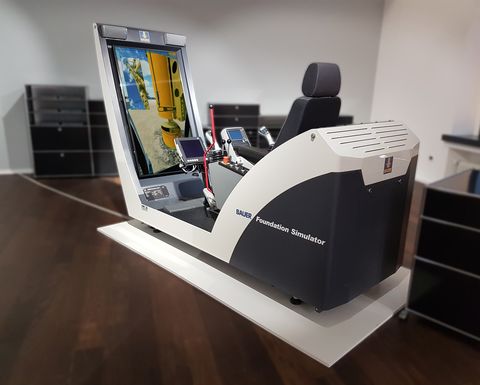 As safety becomes ever more important on construction site were deep foundation work is taking place so too increased training for plant operators is becoming the norm. In response to the need for users to fully understand the operating procedure of new machinery Bauer Maschinen has introduced its virtual reality training system - the Bauer Foundation Simulator (BFS).

The purpose of the BFS is to allow initial familiarisation training of potential new operators in a virtual, safe and secure environment away from the pressures that exist in real-life job site situations. BFS also allows initial training to be conducted without risking potential damage or wear and tear on an already operational drilling rig.

The simulator itself is based inside a standard Bauer operator's cabin, minus the FOPS (falling object protection system) shell and rather than a windscreen at the front there is a full-size 55in monitor. Apart from this, the simulator is exactly the same environment, as operators would find themselves in inside any new Bauer BG cabin; from the fully-operational Bauer B-Tronic onboard computer to the genuine feel CAN joysticks. The simulator incorporates context-sensitive sound technology making the BFS as realistic a simulator as possible, the only way to get a more realistic experience would be to sit in an actual BG drilling rig on a job site.

As the training scenarios in the simulator progress the trainee must learn how to operate the freewheel control of the main winch while digging; how to lock and unlock the Kelly bar using the Bauer patented Kelly visualisation software and emptying of the drilling tool using the soil discharge system.

The trainee is also asked to utilise and interpret information from the B-Tronic screen during the drilling process in order to demonstrate a sound understanding of modern foundation equipment's onboard computer controls.

The BFS offers both practice and test formats, where the potential candidate is scored on their performance by accruing prize money for correct operations, completed within the allotted time. Equally, prize money is taken away for wrong operations or taking too long to complete each specific task.

The practise format provides the trainee with full on-screen instructions and highlights which lever/trigger should be operated for each given instruction. This allows the trainee to become familiar with BG controls in their own time without the prospect of needing to keep up with a program.

Once a trainee is comfortable with the rig controls in any particular scenario, the test mode can be initiated. Here, the trainee is asked to complete several different stages of digging a bored pile without any additional help from the BFS. Once the test is complete, the trainee is given an overall score to assess their performance.

The Bauer Foundation Simulator original software was initially rolled out in August 2017 with six Kelly drilling scenarios. Since then, the BFS has undergone continuous improvement to make the trainee's simulator experience as realistic as possible. This is one of the core principles of the BFS technology. At the end of 2018, the biggest software improvement to date was released, unveiling an additional 12 drilling scenarios and respective test simulations. These new scenarios focus mainly on the new generation Bauer drilling assistant systems, including the adaptive Kelly speed assistant, unidirectional and bi-directional soil discharge assistants and the Kelly rock-drilling assistant.

The trainee is also able to learn about older assistant systems including slack rope control and free-wheel speed control.

The latest software loaded on the BFS also focuses more closely than ever on the simulator B-Tronic operation. The trainee is now able to realistically input different Kelly bar selections into the Kelly visualisation menu, allowing a full understanding of how this potentially critical system is configured in a correct manner. There is also the possibility to calibrate various elements of the Kelly visualisation system, effectively recreating real-life job site scenarios.

In some cases, the high-end solution of the BFS may be too costly or too cumbersome for a customer to support, therefore Bauer has also developed a transportable simulator - the BFS-T. The BFS-T offers a cost-effective and universally deployable alternative to the BFS while still offering many of the same benefits as the high-end solution, just without the operator's cabin environment. 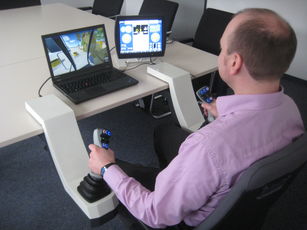 The BFS-T kit from Bauer is a lower cost, desktop mounted version of its training simulator

The BFS-T kit consists of a B-Tronic terminal with mounting bracket, desktop bolt on consoles with CAN joysticks, freewheel switch and all cabling. To reduce the overall cost even further the BFS software can run on a customer's own PC and monitor. Setup time of the easily transportable system is less than 10 minutes. 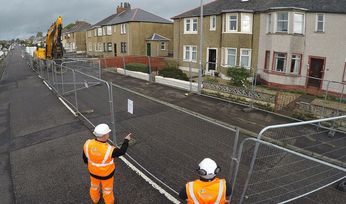 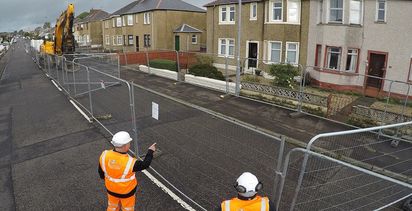 University of Birmingham and hyperTunnel to collaborate

Trevi's working on water reclamation facilities in the Philippines