In order to meet the increasing demand for living space effectively the second largest city in North Rhine-Westphalia after Cologne, Düsseldorf will soon see the Upper North Tower emerge into its skyline. 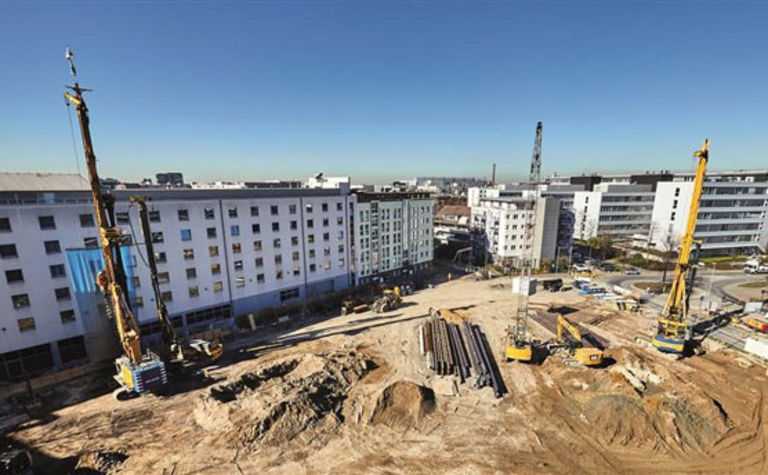 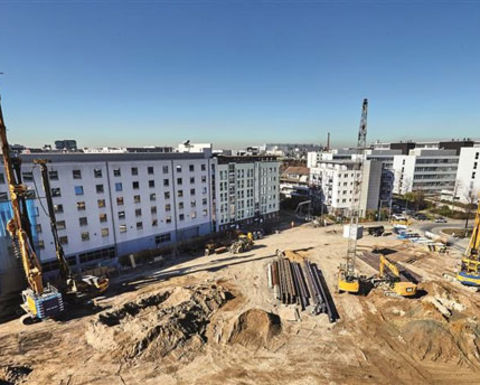 Bauer’s work on the Upper Upper Tower in Düsseldorf

Located at the northern entrance to the seventh largest city in Germany, the 120m high residential tower is the tallest of its kind in Düsseldorf and the third tallest skyscraper in the city.

In the future, the Upper North Tower will provide around 29,200m2 of usable space on 36 floors, the majority of which will be accounted for by the 432 planned residential units. In addition, various gastronomy offers are on the ground floor.

For the construction of the watertight construction pit enclosure of the Upper North Tower, the working group Construction Upper Upper Tower, consisting of the Bauer Spezialtiefbau and Gerhard Kliemt, by the client Upper North Tower & Co. KG, a company of CG Group AG, with various specialist foundation engineering and earthworks as well as the drainage.

For the construction pit enclosure, around 6,000m² of false wall will be implemented in a low-vibration, mixed-in-place (MIP) process. The main feature of this process is the in-situ mixing of the on-site soil with a binder. By means of a continuous triple screw, a homogeneous concrete is produced. By using the upcoming soil as a building material, resources are conserved and economic and ecological advantages compared to conventional shoring used.

A particular challenge is the drilling depth, which would not have been feasible with up to 23.5m some years ago with the MIP device technology of the time. For the MIP work, an RG 25 S from RTG Rammtechnik, a subsidiary of Bauer Maschinen, is used.

"In order to secure the imposing excavation, an additional 5,300m of anchors with three to six strands and a drilling length of up to 24m will be produced," said Tim Erkens, senior site manager at Bauer Spezialtiefbau. The anchoring work involves the use of a KR 806 from Klemm Bohrtechnik GmbH, as well as the second layer of the ground anchors against oppressive groundwater. "Due to conditions imposed by the city of Düsseldorf, the anchors are also partly to be rebuilt," explains site manager Moritz Hahn.

In addition, the order includes the scheduled removal of obstacles by a Bauer BG 40, the drainage for nine months and the excavation of around 57,000m³ of soil including disposal by Gerhard Kliemt. The special civil engineering and earthworks of the Upper Upper Tower working group began in December 2018 and are expected to be completed by the end of June this year. 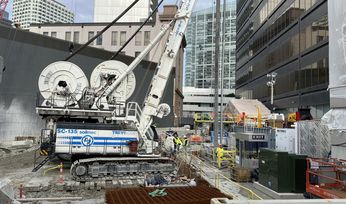 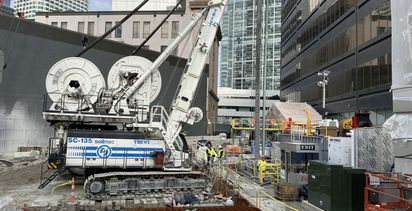 Drilling for the tallest residential building in Denmark