Keller continues to be a global operator in the construction industry and one of its latest projects sees it providing foundation solutions for a refinery expansion project in northeastern Queensland, Australia. 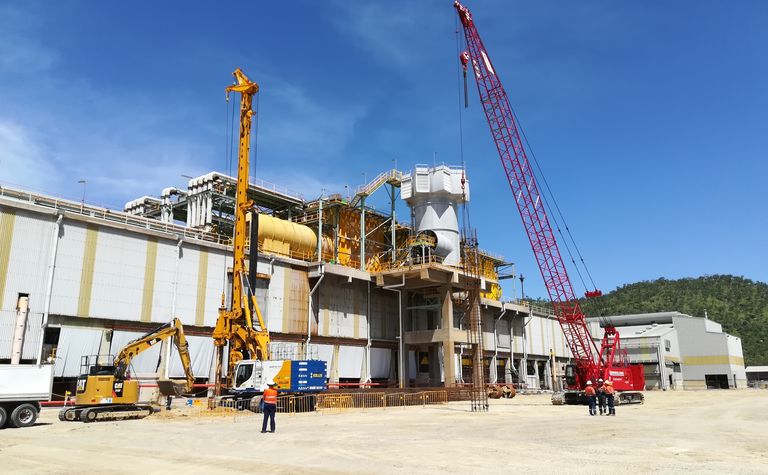 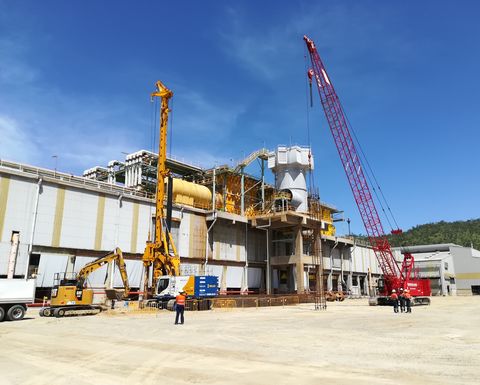 The Australian state of Queensland is set to benefit from a major economic boost, thanks to the expansion of a large zinc refinery in Townsville. Due for completion in 2021, the project is has begun with the construction of the foundations ahead of schedule by a Keller team.

The mineral and energy resources sector is critical for the city of Townsville. According to the Queensland Resources Council, it generated AUS$925 million (US$650 million) for the local economy in 2017-18, supporting close to 6,000 full-time jobs.

It is no surprise then that the $300 million expansion of Sun Metals Corporation's zinc refinery - increasing production from 225,000 tonnes per year to 270,000 - has been widely welcomed. Business lobby group Townsville Enterprise says the expansion will create 820 direct and indirect jobs.

A key part of the project is the expansion of the site's electrolysis plant, for which Keller won a competitive tender in late 2018 to provide foundation piling and earthworks.

Working directly for Sun Metals and to their specifications, the Keller crew started on site in January this year. However, the project was impacted by an extreme tropical cyclone that bought unprecedented rainfall delaying the project by two weeks.

Once back on site, the team ensured the working platform was safe and hadn't been damaged by the rainfall, then got straight to work.

"This was a demanding project that saw us operating on a very intense schedule," says Sam Davies, Project Engineer. "Not only did we have the initial problem with the weather, but then within the first couple of weeks, the scope changed to include an extra 700 linear metres of piling.

"We didn't want to let the client down, so we approached the project - like all projects - with a very positive attitude. Despite the challenges, along with the dusty conditions and very hot weather - 40 degrees in the shade at one point - our highly motivated team all performed to a very high standard.

"The ground conditions were pretty stable, we didn't need any liners or casings, which enabled us to build up a pretty efficient production," says Sam. "We just had to be careful to backfill some of the holes with sand to ensure platform stability for the rig."

"Safety is obviously a core principle for Keller. The client had a lot of their safety and environment people there working on the expansion project and I know they were impressed with our methods and couldn't fault us. Similarly, on quality, our specialists who carried out the dynamic load tests impressed the client and assured them they were in good hands."

And, so it proved, with Keller wrapping up the project safely and successfully ahead of schedule in early May. The building work is now underway and the foundations are set for a prosperous future for Townsville.

Despite extreme working conditions Keller constructs over 13,000 piles at a project in India 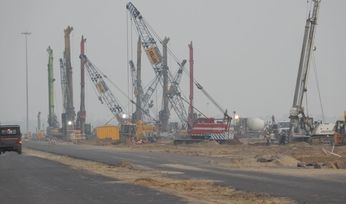 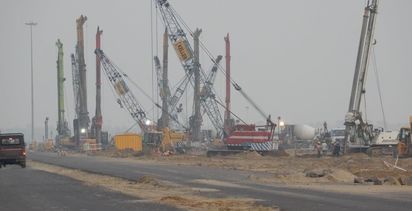 Limestone no match for Keller expertise in Australia

Roger Bullivant to install 13 miles of piles at Welsh site