IHC IQIP is continuing to invest in the development of new innovative noise mitigation solutions for the piling industry that support an environmentally friendly installation. 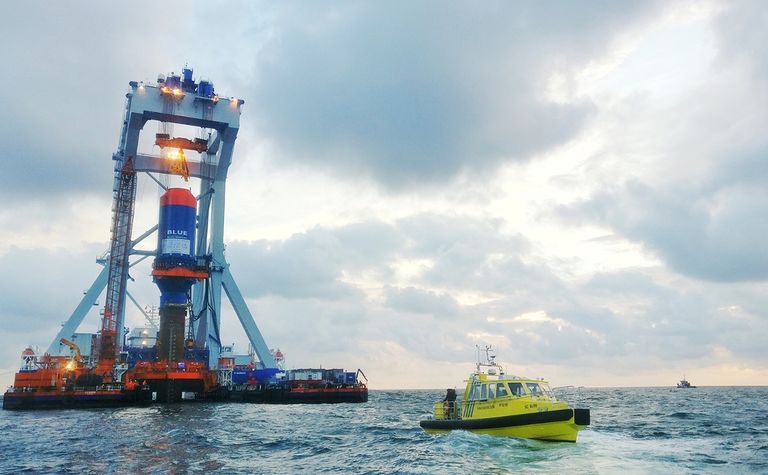 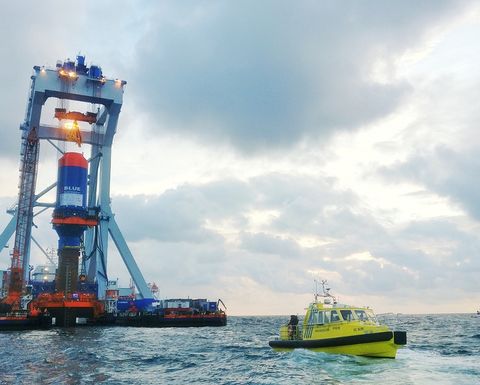 For many years, IHC IQIP has been a partner in creating renewable energy, by installing foundations at offshore wind farms in partnership with renewable energy firms. Working safely, and with minimal environmental impact, are among its highest priorities. That is why the company is continuously developing new tools that can further improve safety and protect marine life during pile driving. It has already developed a noise mitigation system, the Integrated Monopile Installer (IMI), which effectively reduces noise levels in accordance with the toughest German legislation.

IHC IQIP is now looking to the future, developing new solutions that will comply with even tighter regulations in preparation for tomorrow's offshore wind market.

One of its latest innovations, Pulse, reduces noise levels significantly at the source and creates an environmentally friendly installation. This dampening system (add-on) is positioned between hammer and sleeve and can be used on IHC IQIP's existing large hammer fleet. Advantages of Pulse include a reduction in the sound equivalent level (SEL) of 3-6dB and a 9-12dB reduction on sound peak pressure level (SPL). This is achieved with equal installation times, flexible dampening and up to 60 per cent reduction of fatigue damage in the pile.

Using Pulse in combination with a noise mitigation system, such as IMI, ensures the installation of piles under the strictest German noise legislation, eliminating the need for a big bubble curtain (BBC). This increases the efficiency of the operation, while no additional costs for a BBC are needed. In addition, the CO2 output is reduced, using less BBC than in current piling operations.

During current piling operations, the impact of the ram weight on the anvil generates a very high and short impact characteristic, which results in high levels of underwater noise affecting marine wildlife. Pulse dampens the impact and noise with two hydraulic plungers. The volume in-between the plungers can be filled with water. During pile driving operations, Pulse can be turned on or off by adding more or less water to the plungers, which controls the impact characteristic reducing noise at the source. Pulse has undergone rigorous testing at IHC IQIP's test site and the technology is now ready for market deployment.

The second innovation from IHC IQIP is its BLUE Piling technology that can be used to install the largest monopiles in the world and reduces noise at the source during installation.

An additional benefit is that the prolonged pulse duration reduces the loads on secondary steel allowing more secondary steel to be welded onto the foundation prior to installation. This reduces the amount of manual handling and increases safety, as no hands on deck are needed.

The BLUE Piling technology uses the impact of a large water mass over a long period to create a pushing force on the pile, resulting in the vibrations of the pile wall being significantly reduced.

As part of the BLUE Piling development, several improvements to the technology will be tested and implemented, making the technology ready for the market. 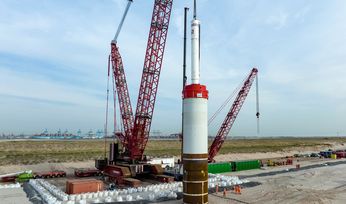 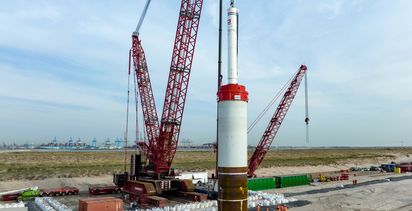 Putting the pressure on pile removal

Silent, steady, and supersized - the future of offshore wind installation