The first stages of a major flood defence and residential regeneration project is underway in West Sussex, UK, with the installation of piles for a new river wall by Central Piling. 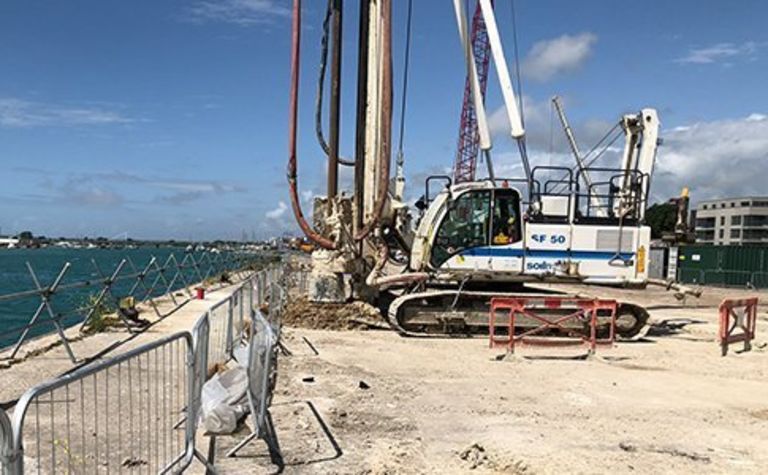 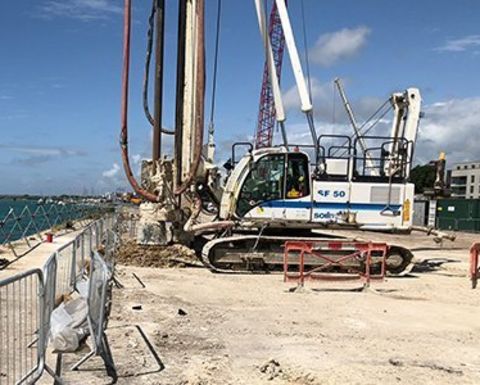 Southern Housing intends to build 540 new homes on a former aggregate-processing site on the western arm of Shoreham Harbour, but building work cannot start until a new river wall has been built to replace the existing sheet piled wall.

National developer Wates Residential, which is undertaking the £5.5 million (US$6.8 million) enabling contract, for Southern Housing, appointed Mackley to carry out the river wall element of the works. This includes the construction of a new reinforced concrete structure that will eventually form both the new river wall and a podium slab for a public realm area and will also tie into an underground car park beneath the apartments.

The concrete structure is founded on a line of bearing piles designed and installed by Central Piling.

Central Piling arrived on site in June 2019 and completed the work in 25 days using a Soilmec SF50 continuous flight auger drilling rig. The piles in diameters of 350mm and 450mm vary in depth from 11.6m to 19.5m and have been designed to cope with vertical loads ranging from 300kN to 900kN, and lateral loads of up to 100kN.

The piles were installed through made ground into the underlying chalk, with Central Piling making use of an existing concrete slab to support the drilling rig - something that had been specified by Wates at the tender stage.

Wates Residential undertook a site investigation and assessment to ensure the existing slab would suitable as a piling platform. The contractor then cored through the slab in all the pile locations to enable the piles to be installed, and also probed down ahead of the piling to make sure there were no obstructions.

The enabling works - including the river wall - are due to finish in late 2019. Construction of the new homes will require a further 2,000 plus piles to be installed for the building foundations. 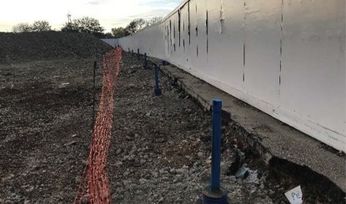 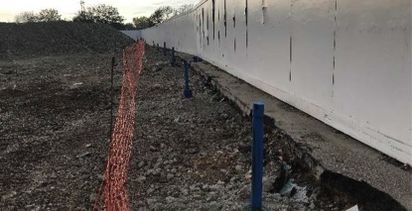 The longevity of Liebherr crawler cranes