Aston Martin is best known as a prestige automotive manufacturer, but it is much more than that. In Miami, the brand has lent its name to a residential tower worked upon by two Keller business units. 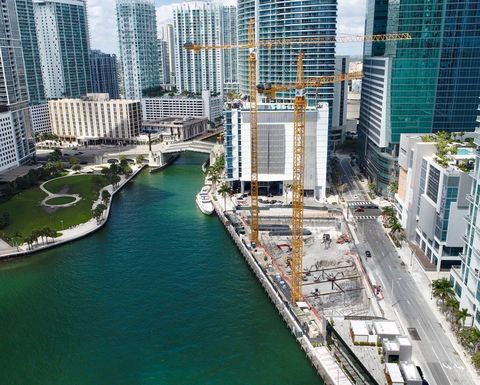 One of Miami's most prestigious and eye-catching developments - an Aston Martin-branded residential tower - is starting to take shape in the heart of the city. And it was Keller business units HJ Foundation and Hayward Baker that successfully laid the foundations in a lengthy and technically challenging project.

It is a name associated with some of the world's most iconic and desirable cars, but in Miami the legendary Aston Martin brand will soon also become a byword for luxury living.

That is because building is underway for the Aston Martin Residences, a 66-storey, 818ft tower in a prime downtown location on the city's waterfront. Owner G&G Business Developments calls it a "symphony of curvilinear glass and steel", with some of the most expensive penthouse suites available for a cool $50 million.

Construction is now well underway, but, of course, such towering feats of structural and architectural excellence are only made possible by the hidden ingenuity that takes place underground.

A turnkey solution in one of the most logistically challenging projects in recent memory, Keller companies HJ Foundation and Hayward Baker joined forces to deliver an unrivalled range of products and get this high-profile project off the ground.

Jeremiah Filjones, division manager at Hayward Baker said: "The ability to provide a turnkey basement with deep foundations and a multitude of products in a logistically challenging area really separated us from the competition."

One of the biggest challenges the team faced was the site itself. The pie-slice-shaped plot measures just 35,000ft2 and is situated between two existing towers on the banks of the Miami River. Access to the site was only possible from a single busy road, made more difficult because it was reduced to one lane of traffic for most of the project due to local government roadworks. This meant careful planning of deliveries was needed to keep everything flowing.

The team also had to plan the works and coordinate with the general contractor due to its location abutting the existing sea wall and river.

With excavations going to 25ft deep in close proximity to the river, key to the project's success was stabilising the ground and making the whole excavation watertight. This involved underpinning the existing buildings by creating a structural shoring system and bottom plug, utilising the latest geotechnical technologies. Where space was restricted, the team switched techniques to maintain the schedule and budget.

The deep soil mixing itself was not without its challenges, as Nick Feldt, HJ senior project manager, explained: "During the soil mix installation and excavations we ran into some unforeseen obstructions; piling from old building foundations. We couldn't use the deep soil mix tooling in these areas, so we implemented alternate speciality techniques. We could do this on the fly because of the Keller team's extensive experience in the complete range of geotechnical construction techniques."

Once the basement was secured, work switched to constructing the tower's foundation piles. Because of the building's high loads and the site's size, there was not enough space for the number of traditional auger piles needed.

So, HJ's engineers proposed the use of tangent bearing elements - known as TBEs. A relatively new technique conceived by HJ, TBEs are ideal for tall towers with smaller footprints. 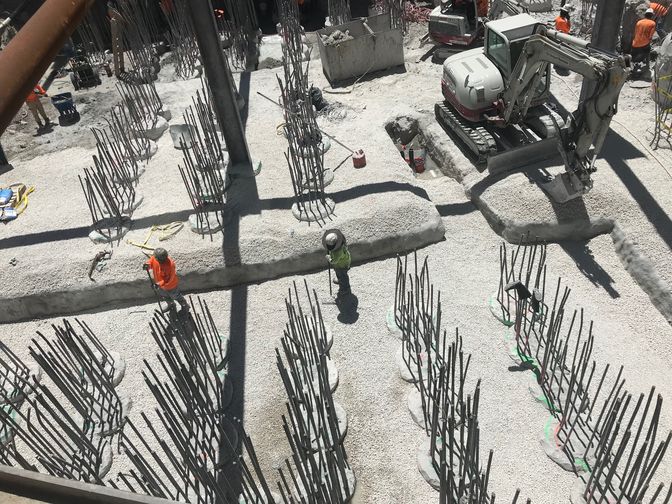 Finally, the team excavated the entire mat foundation and turned it over to Coastal for the concrete foundation - one of the largest pours ever in the city.

"While a typical project for us might take three or four months - occasionally six to eight - this one lasted around 20," Feldt said. "This was because while you can often overlap techniques, the small site meant everything had to be done sequentially with reduced access- and there were a lot of techniques involved."

Despite the lengthy production, the project was completed successfully in June 2019, receiving praise from the client.

Feldt put the project's success down to Keller's unmatched expertise and attitude: "One thing that defines the way we work is that we're always thinking of solutions, moving forward and keeping the client informed every step of the way. We never put our hands up and say we don't know how to proceed."

Filjones added: "We had a great relationship with the client and the collaboration between the two Keller teams was flawless.

"Every decision we took, we made sure it wouldn't fail. It was a risky project in terms of it being so close to the river and so deep in the ground, but the fact we could call on expert product team leaders really gave us the confidence that we were putting together the best solutions." 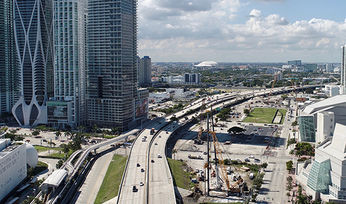 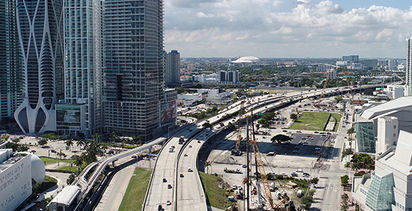