When a London football club decided to extend its stadium over the River Thames, Sheppard Piling turned to North Equipment to source a Comacchio rig capable of delivering the necessary torque. 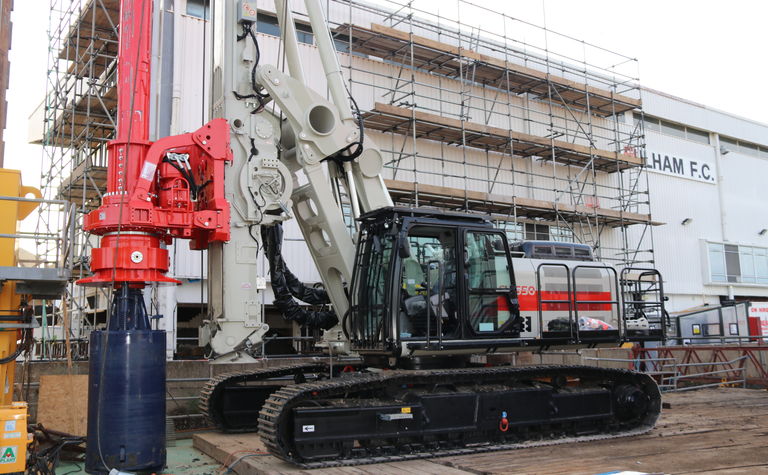 When the decision was made by Fulham Football Club to increase and modernise its present football stadium, due to the limitations of the existing properties, the only solution for increasing the capacity of the stadium was to extend into the River Thames. However, this solution requires piles to be positioned into the riverbed to support the new stand.

Once complete, the extension to the stand on the south side of the stadium will enable Fulham to increase the crowd capacity to 29,600.

In the face of stiff competition, the contract to install the piles was awarded to CMP Thames, one of the leading contractors in the marine sector. With its wealth of experience, the company developed a proposal to use a four-legged, jack-up barge as an adaptive working platform which could be positioned over all the pile locations at the correct levels, while moving down the river.

Due to the location of the job site and the complexities of working in tidal waters, CMP has partnered with Sheppard Piling, which is quickly becoming the sort after piling sub-contractor in the UK.

With MD Barry Sheppard at the helm and Keith Wingrove driving its success, Sheppard Piling has increased its revenue to £8 million (US$10 million) this year from a standing start in 2016.

Sheppard Piling has one of the most modern fleets of piling rigs in the country, having invested extensively in plant and is now operating up to 12 rigs. Its latest addition, and the one used on the Fulham stadium contract, a Comacchio CH650 arriving August 2019, is the first of its kind to arrive in the UK.

With an operating weight of 64t, the Comacchio CH650 is a multi-purpose rig capable of performing rotary, CFA and displacement piles via cylinder pull-down or winch rope pull-down. In rotary format, the rig is capable of maximum Ø2.5m to a depth of 60m. The rig can be equipped with an oscillator to install casing Ø2m. Converted to CFA the rig is capable of Ø1,200m piles, to a depth of 24m, with an extraction force of 65t. Displacement piles may be performed up to Ø600mm to obtain a maximum depth of 21.5m with a crowd force of 33t. The rig is fully self-erect and de-rig and capable of carrying its own Kelly bar.

The CH650, supplied by the Comacchio UK dealer of piling rigs, North Equipment Ltd, utilises a Caterpillar turret mounted on an undercarriage designed by Comacchio. A unique feature of the rig is the torque achieved by utilising high-torque hydraulic motors on the rotary head; maximum torque achievable is 262kNm. The motors also have the advantage of performing drilling with a reduce noise level, ideal for working in cities and areas with a high population.

The CH650 is designed to incorporate the highest standards of environmental sustainability. The use of the most advanced engine design and post-treatment technology, combined with an intelligent electronically controlled heat dissipation system that adjusts the rotation speed of the cooling fan to the actual operating requirements of the rig, optimises performance while reducing environmental impact in terms of noise, emissions and fuel consumption. The canopies were also designed in order to reduce noise emissions. This is important when working in highly populated urban environments, such as central London.

The CH650 offers excellent stability due to its variable width undercarriage that has a longer track base as compared to the competition. In addition, this increases the working radius and reduces ground pressure. 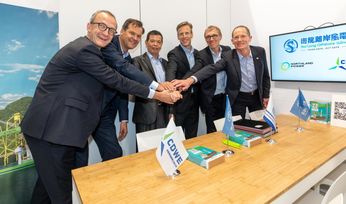 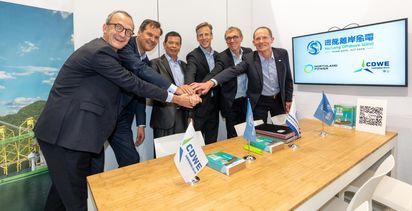