At 56km long and 48km wide, Lake Okeechobee is the largest freshwater lake in the US state of Florida. Originally built in the 1920s to protect against storm surges and flooding, maintenance of the 225km long Herbert Hoover Dike around the lake has been ongoing since 2007. 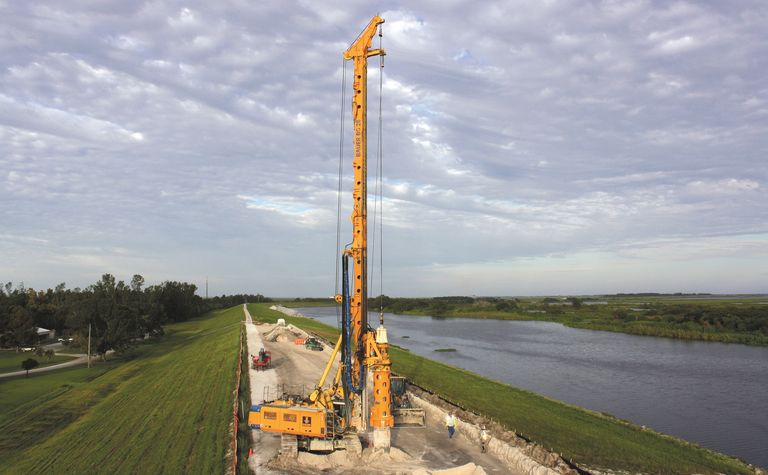 Bauer has been commissioned to execute an approximately 13.5km stretch of cut-off wall at the Herbert Hoover Dike in Florida

Bauer Foundation Corp., the US subsidiary of Bauer Spezialtiefbau GmbH, has previously been involved in the maintenance of several sections of the Herbert Hoover Dike on behalf of the US Army Corps of Engineers (USACE).

Bauer has once again been commissioned with the execution of an approximately 13.5km stretch of cut-off wall. Due to dense soil and the presence of organic materials, this construction phase first requires pre-drilling using the Kelly drilling and continuous flight auger method before the actual cut-off wall can be produced using the cutter soil mixing method.

In this method, the characteristics of cut-off wall technique and the mixed-in-place method - where the existing soil is used as aggregate - are combined. The subsoil is also stabilised using jet grouting.

As well as the cut-off wall, Bauer has also been commissioned with carrying out earthworks, inspection bores and bridge installations.

Andrew Ebendick, project manager at Bauer Foundation Corp. said: "We are very pleased with the renewed collaboration and the confidence that USACE continues to have in our work."

The work for this subsection started in September 2019 and is expected to be completed by August 2022. 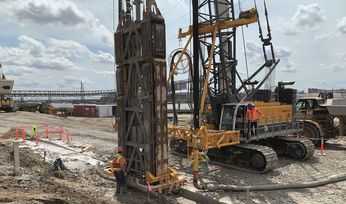 Trevi Group awarded contracts in Norway and US worth €86 million