Views of the Rotterdam skyline, ships passing by and wild ducks swimming quietly: this is the setting for the city's very first riverside landmark or ‘Maaspoint’. 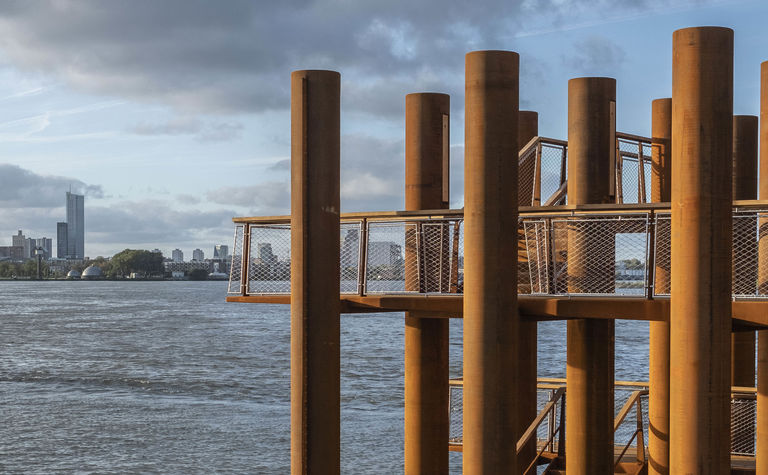 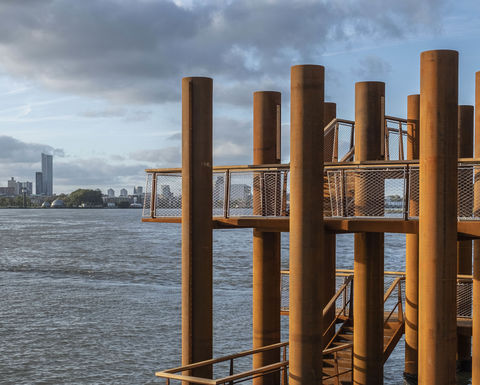 Known as the Waterwoud lookout point, the Maaspoint has been gifted by Rotterdam-based marine piling specialist Van Oord to the people of Rotterdam to mark the company's 150th anniversary. The official opening by Rotterdam executive councillor Bert Wijbenga took place at the beginning of November 2019.

Waterwoud stands at the southwestern tip of Brienenoord Island and is an oasis for plants and animals. On one side of the structure, visitors can climb up to the top to watch vessels pass by and enjoy the panoramic view. On the other side, they can descend into the wonderous world of aquatic flora and fauna. Here they will experience the tidal flows and discover unique delta species like the marsh-marigold and freshwater mussel. They will also see birds and bats, which use the vertical pipes as nesting and breeding sites.

"Van Oord has become part of the wonderful tradition of companies that have made a gesture of solidarity with our city. I thank you for that. Van Oord is making the City of Rotterdam even more beautiful with this gift," said Bert Wijbenga, Rotterdam executive councillor

Pieter van Oord, CEO of Van Oord responded: "There are only a few places where the people of Rotterdam can get in touch with the river. That observation led to the Maaspoints concept. We are helping to create unique places where people can experience the tides, the power and the sounds of the river Maas."

Van Oord describes its Waterwoud lookout point a gift that invites people to get in touch with the river and to explore a very special spot along its banks. It is the first in a series of lookout points or ‘Maaspoints' that will be situated at the loveliest places along the river. They will all be part of the same system, but each one will be unique in appearance and features.

Van Oord selected to construct the quays in the Amalia Harbour

As part of a joint venture, Van Oord will be working on the expansion of the Princess Amalia Harbour... 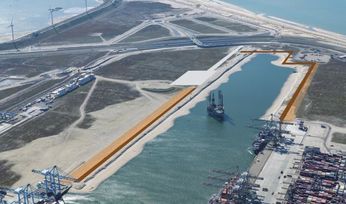 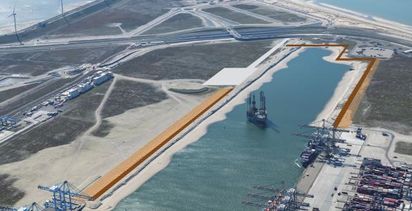