Over the past few years, Keller Poland has expanded rapidly in the marine market. More recently, the team delivered its first marine combi-wall project, helping with the expansion of one of Europe’s busiest ports. 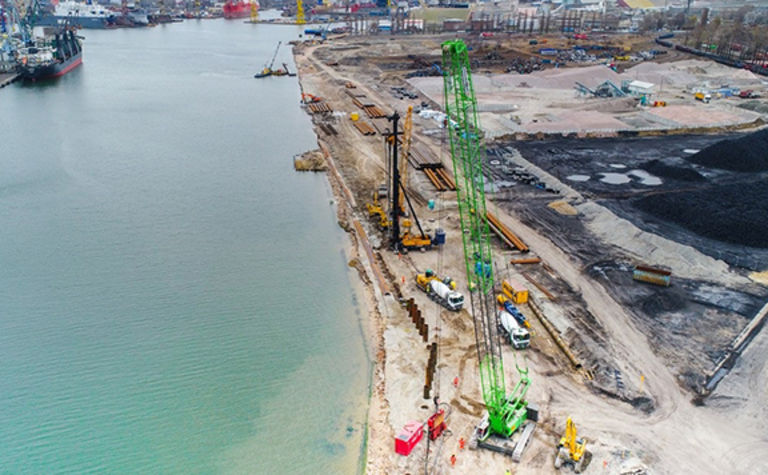 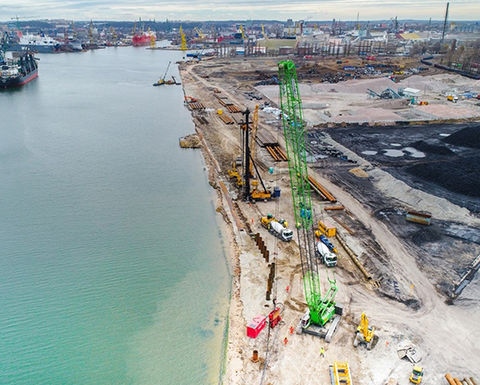 Gdansk port on the southern side of the Baltic Sea is a major transportation hub, linking the Nordic countries with vital trading routes into Southern and Eastern Europe.

Following a €140 million (US$154 million) investment from the European Union, the port is in the midst of a vast programme of works that will improve road and rail links and upgrade the inner port's network of busy quays.

It is at one of these quays, Dworzec Drzewny, that Keller Poland has successfully completed a new 1.2km retaining wall, allowing the fairway to be deepened from 3m to 12.5m and enabling larger cargo vessels to use the route.

"We have completed many successful infrastructure projects for Budimex over the years," said Keller Technical Director Rafał Buca. "About three years ago the company became active in the marine sector and we took advantage of that opportunity to also expand into this market. They trusted us to design this complex project and execute it flawlessly, and that's what we did."

The project was not without its challenges. "In our initial design analysis, we knew that traditional sheet piles would not be sufficient for the loads required, so we proposed a combi-wall, which consists of steel tubes and sheet piles. The use of a combi-wall together with raked large diameter continuous flight auger piles under the slab form a strong quay wall foundation."

The project began in December 2018 with the CFA piles. In total, the team installed 47,145m of piles (2,245 with an average length of 21m), 437 steel piles of up to 26m long (just under half of which were installed in the water) and 477 double sheet piles of up to 17m long. Works also included a 233m temporary sheet pile wall constructed offshore to protect the 160t crane.

"The wind and the waves, particularly towards the end of winter, were the biggest challenge, so we had to ensure a safe working environment for our crew," said site manager Tomasz Rybarczyk.

"This was our first combi-wall in the marine sector, and we knew we had to be very careful about quality," he added. "So, to ensure we were able to deliver to the highest level, we assembled a special team, highly motivated and very experienced in diaphragm walls. We also carried out a number of rigorous tests. This included 17 static load tests, seven tension load tests and over 560 pile integrity tests."

The project wrapped up at the end of October 2019 and Buca believes its success will pave the way for more work in the marine sector.

"Both the client and port authority have been impressed that we were able to create an optimum design for a complex project and execute it professionally. We're excited that the success of this project will open up more opportunities for us in the marine sector."

India moves into the marine sector

Keller has taken on the piling work for the expansion of Kattupalli Port near Chennai, India 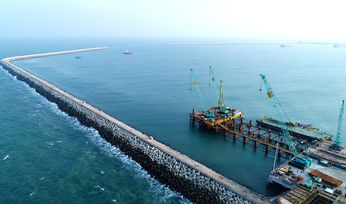 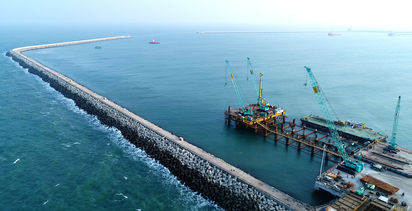 Limestone no match for Keller expertise in Australia