Research papers on design methods for offshore wind power monopile foundations in clay and sand seabed conditions are now available, open access from the Géotechnique journal, detailing new, industry-specific guidance to model the interactions between monopiles and the soil. 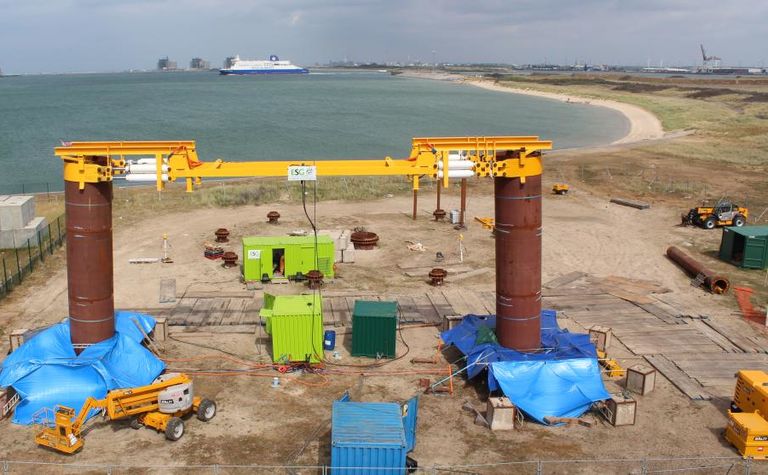 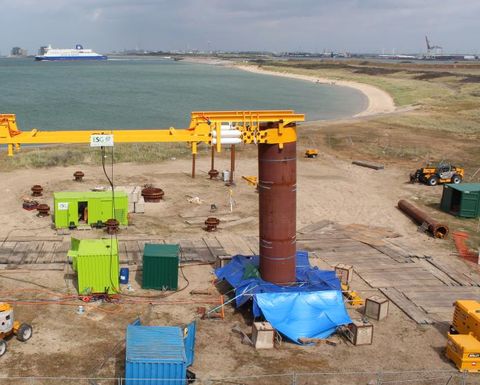 Successful field-testing validation of these bespoke methods suggests that previous approaches under-estimate the support that the seabed soil provides to the foundation, resulting in over-conservative design calculations for monopiles.

Estimates suggest that these more accurate methods have the potential to reduce steel requirements for foundations by up to 30 per cent for some design conditions, realising significant cost savings.

Previous estimates for the behaviour of wind turbine foundations were based on offshore oil and gas platform design methods, where the foundation piles are smaller in diameter, longer and must resist different loading conditions during use.

The field testing, which provided the validation data for the new design model, was undertaken in two locations with characteristics similar to those found in the North Sea; clay conditions in Cowden, UK and sand conditions in Dunkirk, France. The knowledge is now publicly available for use by the wind power industry to bring forward new wind farm developments, as demonstrated by Ørsted, which has applied the new methods to its Hornsea wind farm.

Jan Matthiesen, director, Offshore Wind, the Carbon Trust, said: "We believe these new methodologies will have a significant impact on the way industry understands the interaction between soil conditions and monopile foundations. It is the culmination of many years of collaborative work between industry and academia. Replacing models which were originally developed for the oil and gas sector is a critical step in reducing costs even further."

Byron Byrne, Professor of Engineering Science at the University of Oxford, and principal investigator for the PISA Project said: "The PISA project is a fantastic example of industry and academia working closely together to solve engineering problems of real significance to the offshore wind industry and pleased to see that all eight papers are now available open access through Géotechnique. Dissemination of the work in this way facilitates a wider and more rapid uptake of the new knowledge, not only for wind farm design by the industry but also as a basis for new research initiatives in academia."

The PISA project was led by Ørsted, with Jesper Skov Gretlund as project manager and Miguel Pacheco Andrade as technical manager. On the value of the PISA project for the offshore wind industry, Miguel explained: "The release of the PISA papers by Géotechnique, one of the most prestigious geotechnical journals, is another important milestone for this successful JIP. The PISA framework is now routinely used in design by all major players in the offshore wind power industry, leading to even more efficient and cost-effective monopile foundations for offshore wind farms across the globe. The use of the PISA methodology represents a major paradigm shift in offshore geotechnical design. Not only has it led to significant steel savings for monopile foundations, but the use of PISA allows greater confidence in our design calculations." 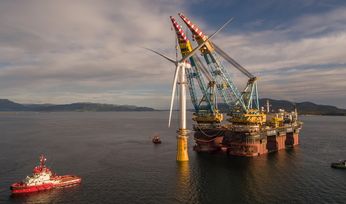 Junttan goes above and beyond for remote customers in Asia