Pushing the future of piling in Europe 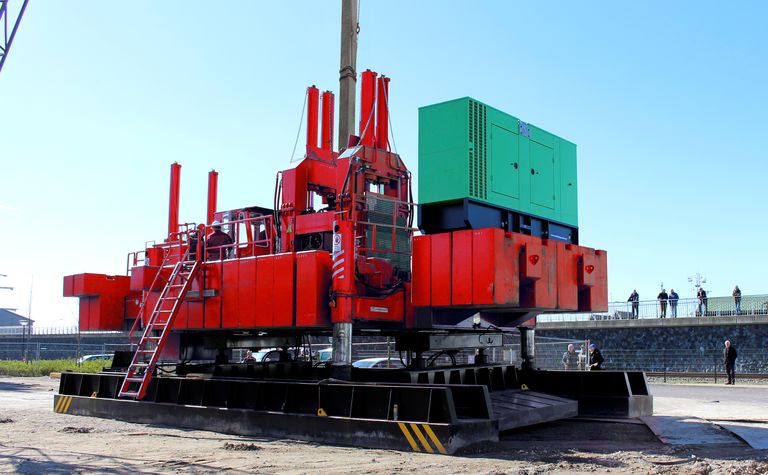 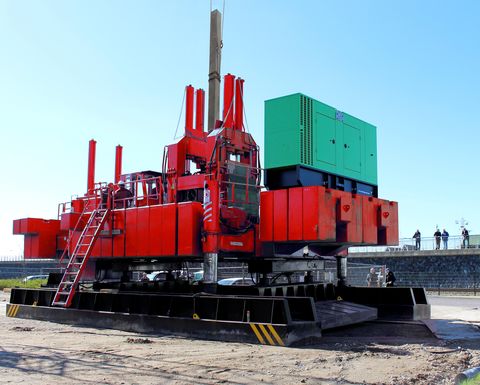 "Traditionally, driving of precast piles has been among the more popular foundation methods in the European market, partly supported by the high quality and reliability of both the pile as well as the input method," says Sandro Katerberg, sales engineer with A.P. van den Berg GeoTechnology. He also goes on to explain that because of regulations and environmental considerations the various methods that form the pile in the ground have grown in popularity.

"The downside of these methods," he says "is that they are more susceptible to quality variations in the piles (which are cast in situ), while these bored piling systems also tend to be more cost-intensive." Pushing instead of driving high-quality concrete piles into the soil combines the benefits of precast piles with a vibration-free and silent pile pushing method, reducing damage and nuisance for the surrounding area to a minimum. This is particularly welcome when installing foundations in urban areas.

"It is a new foundation method for Europe but has already been in use in the Asian market for more than 15 years," explains Katerberg.

A.P. van den Berg's first move into hydraulic pile pushing came about three years ago when the IJB-Group, a precast pile supply business, approached them to cooperate in a feasibility study to apply this new method in the Netherlands in order to compete with bored pile methods. A.P. van den Berg considered various suppliers and sold the first machine to the foundation contractor Drukpaal.nl, that was established by the IJB-Group.

"It became a learning project. As the contractor was executing jobs with the first pusher, we were learning what worked well and what didn't and this has led to further modifications to the machine's design to suit the markets we supply."

The Chinese manufacturer approached by A.P. van den Berg for that first machine was T-Works from Changsha, China, which has delivered more than 1,200 hydraulic pile pushers to the Asian market. "The design of the T-Works machines is protected by several patents which strengthen its market leadership," says Katerberg.

"We are the exclusive distributor for T-Works in Europe and have made sure that the machines comply with the European legislation, especially concerning safety and the environment. The result is a pusher that meets the Machinery Directive and has the required CE-marking."

The hydraulic pile pushers supplied by A.P. van den Berg GeoTechnology are available in various models with the maximum pushing force and actual overall weight of the machine ranging from 60 - 1,200t.

The hydraulic pile pusher is made up of a body frame with long side beams and short cross beams and a rail structure over which the body can move. This combination of side and cross beams allows the rig to move forwards, backwards and sideways, and even to rotate 360 degrees around the pile position. The body frame is provided with a cabin from where the machine is controlled.

A pushing mechanism in the centre of the machine supplies the force to push the pile. This mechanism consists of a hydraulic clamp to hold the pile and four hydraulic cylinders providing a stroke of approximately 2m. The clamp can be adjusted for several round or square pile diameters or even piles of a different shape. The electric motors of the hydraulic pile pusher can be driven by a generator set or by any other electric power supply.

An important enhancement to the pusher that A.P. van den Berg has introduced is the capability to register operational data that can be correlated with design data. "Each machine has data acquisition equipment on board that captures the depth and pushing force of each pile during pushing. This allows a comparison with cone penetration tests and the pile plan and delivers per pile a sample of load capacity.

"It is a useful tool for the construction engineer to verify the load-bearing capacity. We developed the software system ourselves, based upon the software we use for CPT but modified," concludes Katerberg. 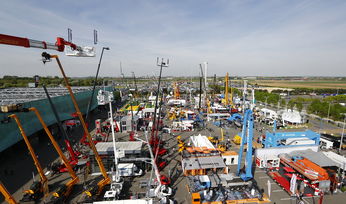 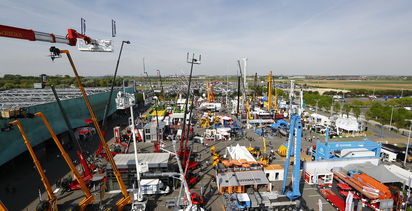