After designing and building foundations for the world’s largest renewable products plant in Singapore in 2008, Keller was back again in 2019 to help energy giant Neste expand its operations. 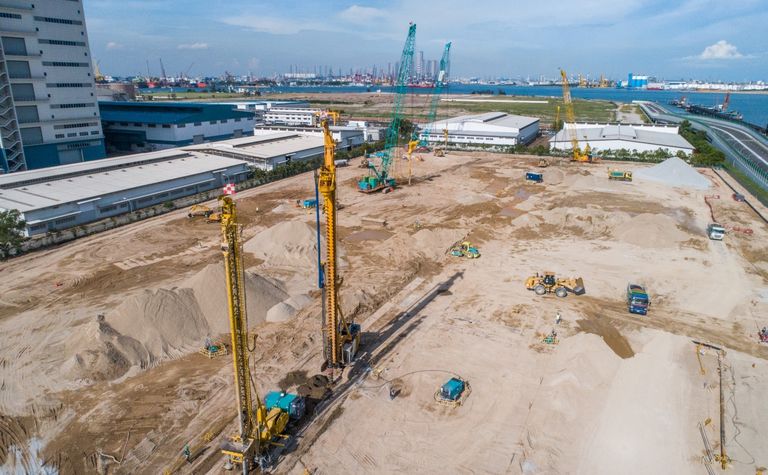 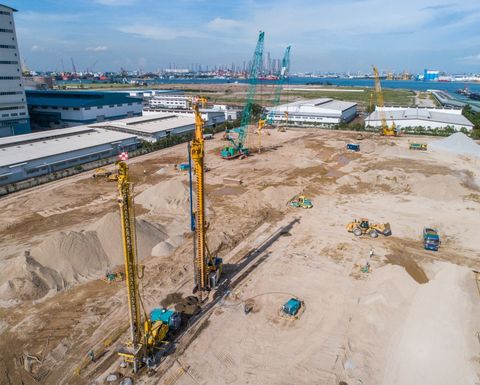 As the world looks to meet growing demand for low-carbon energy sources, Neste - a global leader in renewable products - is investing S$2.2 billion (US$1.5 billion) to increase biofuel production in Singapore by up to 1.3 million tonnes a year.

The high-profile move will see the expansion of the current plant, set to come online in 2022 at Tuas in the West Region of Singapore.

Having impressed Neste with foundation works on the original plant, Keller Singapore was invited to bid for the new project - and won thanks to what general manager Seah Yeow Teck says was a more flexible, innovative and cost-effective solution than traditional piles.

"The soil profile was particularly complex, as the whole site is reclaimed from the sea," Teck says. "After carrying out a lot of analysis and developing various design models, we chose stone columns to treat the clays and vibro-compaction to densify the sand."

Keller began on site in February 2019. The team installed thousands of bottom stone columns, along with top stone columns. In total, they prepared over 100,000m2 ready for the site's vast feedstock tanks, along with pipe racks, buildings and other structures.

"For most of our projects we typically use a team of fewer than 50 - at its peak this project had 160," adds Teck. "We also had to carry out four operations: pre-drilling through dense sands, using the Alpha-S system rig to install the stone columns in the clay layer, vibro-compaction to firm the looser sands and finally a vibrocat to install the top stone columns in the residual soil.

"These operations had to run sequentially, so planning and coordination of teams and workflow had to be very precise. The demands for design works are also very intensive given the soil variability and tight timeline. Our project manager Adrian Lenin and design manager Selvaganesh ensured both operations and design processes ran in a seamless manner."

Added to all of this was a very tight schedule and so the Singapore team knew it had a challenge on its hands. However, being part of a larger global group meant they could call on colleagues at Keller Malaysia to provide extra equipment, Keller Vietnam to provide additional engineers and supervisors, and Keller India to offer support with planning and cost control.

Through meticulous design, well-planned execution and close collaboration with the contractor and Neste, Keller finished the project in September a month ahead of schedule, delighting the client and even picking up several safety awards along the way.

Saving the client time and money

"Projects of this complexity don't come along for Keller Singapore that often, but we've proven that we have the expertise and resources to handle it," says Teck. "By using stone columns and vibro-compaction instead of piles, we've saved the client money and time and allowed them to start the civil works much earlier.

"It's also given them flexibility, because usually with piles the construction design would determine the exact location for the piling to start. But with our methods of ground improvement, the building foundations can be sited anywhere within the treated area, giving the client more time to design the site."

Once the facility is completed in 2022, Neste will employ an extra 100 people and be able to vastly increase its production of renewable diesel, aviation fuel and raw materials for chemicals and polymers.

Our friends are electric - moving ground engineering to a greener future

Can ground engineering be more environmentally-friendly? 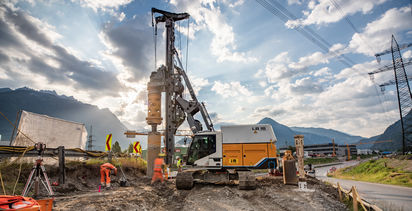 Keltbray leads with Earth Friendly Concrete as commitment to sustainability