Even though it was very different this year due to the Corona virus, CONEXPO-CON / AGG opened its doors again in Las Vegas. With an area of around 2.7 million m2 and more than 2,300 exhibitors, it was once again the largest construction machinery trade fair in North America. Bauer Equipment America, Inc., the US subsidiary of the Bauer Maschinen Group, was also there and presented numerous new developments and proven special civil engineering technology at the joint booth with the Equipment Corporation of America (ECA). 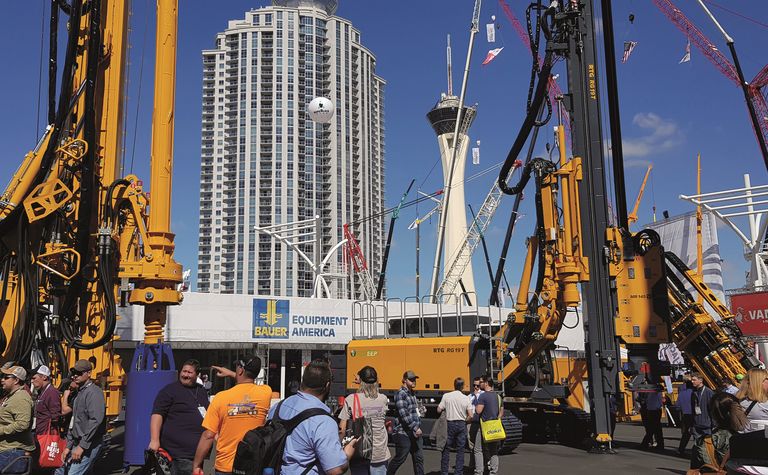 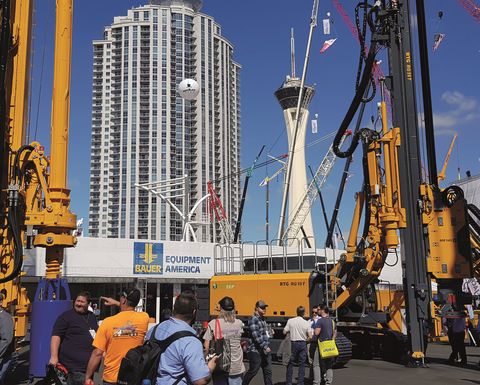 "We were able to hold many interesting discussions and make promising contacts again this year," said Jochen Grundmann, managing director of Bauer Equipment America, Inc. "In addition, Conexpo is always a nice opportunity for us to meet long-term customers, partners and friends, even though this year the focus was clearly on the safety and health of everyone involved."

Two Bauer rotary drilling rigs were shown at CONEXPO: The BG 15 H BT 50 exhibited with Kelly equipment is generally characterised by quick and easy set-up. Transport with a Kelly bar is also possible.

The BG 15 H also makes a clear statement of functionality and at the same time offers all the advantages for the challenges on small construction sites. Optimally coordinated hydraulics significantly reduce fuel consumption.

A newly developed drilling tool from the Bauer BlueLine series was shown for the first time on the BG 15 H: the BlueLine box drill type KBF-K with a diameter of 900mm, a useful length of 1,750mm and a total length of 2,300mm. This standardised, short-term available and price-optimised drilling tool series is ideally suited for use in very dense sand and gravel as well as in light to medium-hard rock.

The BG 23 H- the second drill on the stand - scores with a simple installation of mast extensions, which enables a significant increase in the drilling depth in the area of single-pass applications. In the extended equipment configuration SPEX (Single Pass Extreme), an active contact pressure is available over the entire feed length through the feed winch system for penetrating hard and compact soil layers.

The BG 23 H was shown with equipment for endless screw bores. Despite its extremely compact size, it achieves a 25m drilling depth with attached auger cleaner. Optional assistance systems for drilling and concreting are on the one hand a help and relief for the driver, on the other hand, they guarantee a consistently high pile quality.

In addition, the BG 23 H is characterised by its versatility. In addition to the single-pass application, it is also ideal for mastering giant drill challenges using the Kelly process. A simple conversion for the change between the processes is the basis for a quick operational readiness on various construction sites. Thanks to the flexible mast concept, it can also be used as a low headroom variant.

KLEMM Bohrtechnik GmbH presented to the trade public for the first time the newly developed universal anchor drill KR 806-4GM with 160kW Volvo Penta engine before. This model addresses the growing need for mechanised drill pipe handling in the US. The powerful drill for overlay bores with remote-controlled, patented MAG 6.1 magazine for double-head bores, which has been further developed in detail, scores with compact dimensions and lower weight compared to the proven and widely used KR 807-7 series. The newly developed, stable kinematics assembly also enables the heavy carriage to be guided.

With the KR 801-3GS, the currently most compact, fully equipped drilling rig was presented in the clamping portfolio. Driven by a 117kW Caterpillar motor C4.4 ACERT, the device is characterised by universally suitable kinematics for anchor holes.

The double-head drilling rig can be moved laterally out of the drilling axis to e.g. B. to install a reinforcement or anchor in the borehole.

Use in low headroom situations is made possible by a mount that can be divided in length. The drives of these exhibits correspond to the US emissions standard EPA Tier 4 final. With both devices, fuel consumption and noise emissions are significantly reduced thanks to the integrated energy efficiency package (EEP). They are also completely radio-controlled.

Bauer MAT Slurry Handling Systems presented the CMS 45 container mixing system for the first time at CONEXPO in the UL version. As a special feature, the mixer, as well as the water tank, the agitator tank and the control cabinet, are permanently installed in a 20ft container frame and connected with flexible lines. This makes the system compact, space-saving and easy to move, which saves time when assembling and dismantling.

The centrepiece is a 1.8m³ colloidal mixer with an off-centre mixing tool and an external circulation line for optimal digestion of the suspension while increasing the mixing capacity. A 15in touch display allows the input of up to 10 different recipes, each with 10 sequences, and gives the operator access to the current batch data at all times.

The integrated booster pump automatically cleans the mixing container and helps to prevent caking that would inevitably result if cement or other binders were used. The high-performance batch mixing system is ideally suited for soil mixing applications, in the manufacture of sealing walls and in the jet spraying process. It meets all the requirements to keep up with the performance of a Bauer drilling rig. 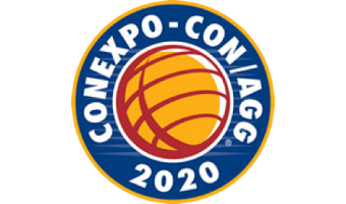 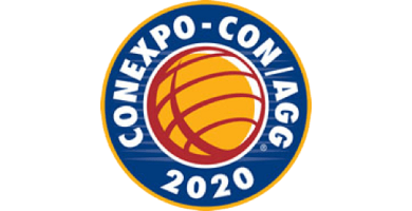