Offshore piling - striking down on noise

Due to recent research and public concern, the underwater noise produced by offshore piling is receiving increasing political attention. Fortunately, behind the scenes, companies are racing to develop new technologies to mitigate noise. On behalf of GDI, Signe Hansen investigates the issue. 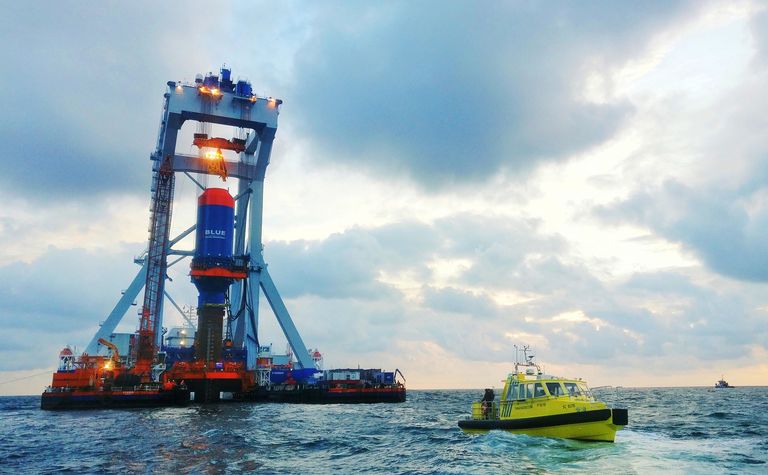 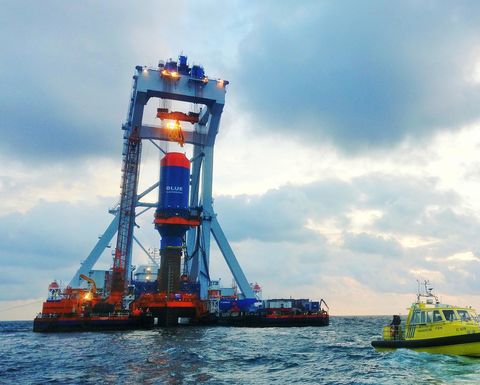 Expected to be fully operational next year, IHC IQIP’s BLUE Piling System provides a quieter blow to the pile and reduces underwater noise levels by up to 20dB (SEL)

The COVID-19 crisis has brought about numerous changes, among them a steep reduction in offshore activities. In the wake of this decline, researchers have been quick to pinpoint the potential benefits of less underwater noise for marine fauna feeding an already growing public concern about the effects of acoustic pollution.

Due to the difficulty of measuring the effects of ambient noise, such as that from drilling, much of the attention has focused primarily on the impact of impulsive sounds, sounds of short duration, characterised by rapid rise time and high peak pressure. The effects of those are already widely recognised, with the US National Oceanic and Atmospheric Administration stating that an "impulsive sound greater than 160 decibels could disturb the behaviour of marine mammals".

One of the offshore activities that can produce such noise is impact piling. Jasper Winkes, business developer within IHC IQIP and the developer of the BLUE Piling Technology, explains: "When it comes to offshore piling, the sound of the impact of hydraulic or conventional hammers can reach 180-185dB at 750m from the source."

At that level, it can potentially be picked up by a harbour porpoise over distances of 80km, and this can cause serious issues. "The thing is that a lot of marine animals use sound to navigate and find food. That means that the moment they cannot hear, or their hearing is affected, it can cause issues - also with their communication. Take a young mammal for example, if it cannot call and find his mum, it dies, so in that way, it can be black and white. But the effect is dependent on a lot of factors, including the surrounding marine environment," says Winkes.

What to expect in the future

As the effects of underwater noise are far from fully understood and are dependent on multiple varying factors - including the frequency of the sound - legal requirements for impulsive noise vary from region to region and sometimes from season to season.

Currently, in the EU, the main regulative drive behind the implementation of noise thresholds is the Marine Strategy Framework Directive which indicates that member states have to guarantee the Good Environmental Status (GES). However, the GES for continuous and impulsiveness noise must be defined by each state.

Florian Koch, project manager at the Danish company Per Aarsleff A/S, a leading contracting company, explains: "Germany was the first nation worldwide to define an underwater noise limit at SEL 160db (sound exposure level) and SPL 190dB (sound peak level) at a distance of 750m from the sound source, in 2008. Over the last year, other EU member states defined similar limiting approaches while in USA and UK, a full environmental impact assessment based on each individual species must be conducted. Other nations worldwide like Taiwan adapted the German or EU approaches."

Consequently, piling contractors need to measure and mitigate noise to ensure that marine fauna is not affected - and to avoid being held up due to non-compliance with legislative thresholds.

Having completed multiple offshore wind farms under Germany's noise regulations, IHC IQIP has become an expert in sound mitigation. One of the solutions developed by IHC IQIP is Pulse, a system which works by placing two hydraulic plungers between hammer and sleeve thereby reducing the SEL with 3-6dB and the SPL with 9-12dB. Pulse is often combined with IHC IQIP's Integrated Monopile Installer (IMI), which uses a direct noise mitigation technique by shielding the noise using a double-walled steel tube and feeding a bubble curtain into the confined space between pile and IMI. The combination of these systems allows for noise reductions that can eliminate the need for the conventional big bubble curtain (BBC). 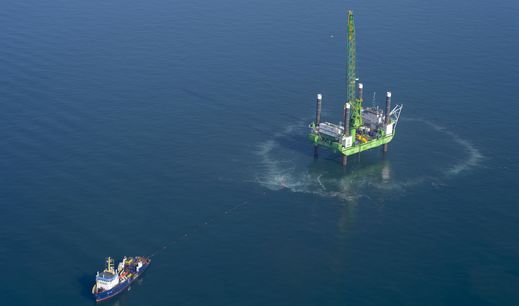 Other alternatives - or additions to - the BBC currently in use include the Hydro Sound Damper, a system supplied by OffNoise-Solutions GmbH, which works by placing a net filled with different sound mitigating elements around the pile. A solution based on the same principles, the new AdBm Noise Mitigation System has been used and developed by Van Oord and AdBm Technologies. Described as being like "window blinds that can easily be put up and down", it uses special acoustic resonators which can target specific frequencies. It has been tested and used in combination with a BBC to meet Dutch and Belgian standards.

When the BBC is the main measure, a single or double curtain may be used to meet the standards of countries such as Germany and Belgium. In partnership with Hydrotechnik Lübeck, the German water engineering company behind the BBC systems for numerous wind farms, and Itap GmbH, which specialises in immission and emission measurements, Aarsleff A/S has successfully applied this approach. "Everything has a different price tag, and it's hard to say what's the best measure as the necessary sound reduction and cost will vary depending on the site conditions (water depth, current, geology etc.), the size of the monopile and the impact energy put onto the monopile," explains Koch of Per Aarsleff A/S.

"So far, we have done it with BBCs because we know that it works, but at some sites, one bubble curtain may not be enough, it may call for a double big bubble curtain (DBBC) or another second mitigating measure to assure that the stipulated requirements are met."

Preparing for the future

New solutions and the increasingly challenging locations of wind farms mean future contractors will have to think very carefully before choosing mitigation measures. "It is important to realise that big bubble curtains are less efficient in waters with strong currents and in deeper water," says Winkes. "So, as most new locations for offshore wind go to locations with stronger currents and deeper water, the best-known solution will be increasingly challenging in the future."

Furthermore, several companies are preparing to launch more radical alternatives; one such is the BLUE Piling Technology by IHC IQIP. The BLUE Hammer utilises a large water tank to provide a more energetic, but quieter blow for to the pile reducing underwater noise levels by up to 20dB (SEL). "With Blue Piling basically you're gradually pushing on the pile and reducing the pushing force. By doing so, you're also reducing the amplitude and changing the frequency of the noise to bring it within a range that is not within the hearing spectrum of sea life," explains Winkes, the developer of the system.

After initial offshore testing two years ago, the Blue Piling System is expected to be fully operational and ready for commercial offering, next year. It will be compatible with existing installation vessels and interchangeable with conventional and hydraulic hammer technologies. 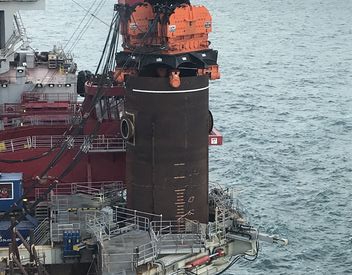 Vibratory piling offers the potential of noise levels below 140dB, but has, up till now, because of lacking certification only been used in combination with impact pile hammers. Kaskasi offshore wind farm will be the first offshore wind project in which the monopiles will be driven to final penetration only using a vibro hammer, CAPE Holland's Vibro Lifting Tool

Another alternative piling method offering the potential for reduced noise production (below 140dB), as well as increased speed, is vibratory pile driving technology, such as the Vibro Lifting Tool (VLT) delivered by CAPE Holland, tested in a series of independent tests in Cuxhaven, Germany. Vibration technology has previously only been used in combination with impact hammer, but this will change as CAPE Holland has just been awarded a contract by Seaway 7 to supply a VLT for the installation of the monopile foundations Kaskasi offshore wind farm. In a press release, the company states: "After years of development and many successful installations, this will be the first offshore wind project whereby the monopiles will be driven to final penetration with a vibro hammer only. With the unique capabilities of being a certified offshore lifting tool with the ability of upending and driving the piles quickly with reduced noise emissions, it is set to be a gamechanger in the offshore wind industry." 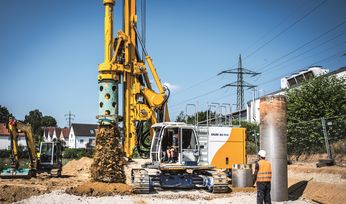 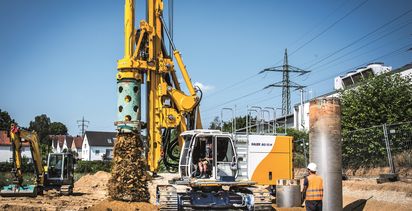