It's good to talk - mental health in the drilling industry

The drilling industry relies on attention to health and safety legislation, but, whereas meticulous attention to detail is paid to physical dangers posed by day-to-day tasks, is as much notice paid to mental health concerns, asks Paul Benton. Construction has the highest suicide rates of all industries in the UK, with two workers a day, on average, taking their own life

Three in five workers will suffer mental health issues at some point in their career and to put that into perspective within the drilling industry Sheet Piling (UK) Ltd has been quoted as stating: "A male site-worker working in construction is three times more likely to commit suicide than the average UK male. Between 2011 and 2015, 13.2 per cent of the in-work suicides recorded came from the construction and building sectors, even though this sector only comprises seven per cent of the UK workforce."

As a result of these high figures, in December 2018, construction charity the Lighthouse Club launched a new mental health app, so those working in construction could seek help more easily. The Lighthouse Charity also runs online workshops to help workers deal with stress and anxiety. These resources remove the embarrassment barrier of asking for help and allow workers to access them at a time convenient to them.

The UK's Lions Barber Collective is "a non-clinical, non-judgemental mental health charity for men." Founder Tom Chapman says: "Can you imagine walking onto a construction site admitting you have an issue with mental health to your colleagues? It isn't a great environment for mental health."

Chapman worked in construction before becoming a barber and he formed the collective following the suicide of a close friend, explaining: "Male cancer charities get a lot of publicity and are well known, mental health support charities are, however, less well known.".

The Collective had planned mental health pop-ups on construction sites before the COVID-19 lockdown hit. Construction has the highest suicide rates of all industries in the UK, with two workers a day, on average, taking their own life. That is a staggering figure and one which the industry itself is keen to tackle.

The Federation of Piling Specialists (FPS) has an Occupational Health and Wellbeing Charter; Steve Hadley, chair of the FPS, explains: "With figures from various health-related organisations suggesting that some 40 million working days are lost each year in the UK as a result of occupational ill-health, it was an issue too big for the FPS to ignore. Against this backdrop, and in an effort to make the issue more mainstream, the Charter was born and recognises that occupational health problems such as asbestosis, silicosis, heart disease and suicide were all killing many more people in the construction industry than site accidents. 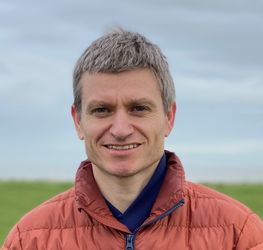 Steve Hadley, chair of the FPS, is actively promoting the Federation's Occupational Health and Wellbeing Charter which covers on-site mental health as well as physical wellbeing

"While we will always place an emphasis on improving construction safety, we identified an opportunity to help improve the lives of people working in the industry and the Charter is a statement of intent and provides a structure for action over the coming years. It also looks to show leadership commitment to employees and stakeholders to build a culture of health and wellbeing, but significantly, also set minimum standards for health surveillance, which members would be audited against."

Chapman maintains employers are having to become more aware of mental health issues and they are hosting wellness days. Mental health issues affect workers' productivity, for example. "Lack of sleep can be hugely dangerous in the construction industry when you are working with heavy machinery or driving - it's dangerous to yourself and colleagues.

"There is also pressure on workers to prove themselves - this pressure can come from external sources and yourself - it can bring about anxiety and lead to mistakes. It is particularly stressing to the self-employed who need the income. There is concern over being competitive and getting jobs done quickly."

Australian Drilling Industry Association CEO Peter Hall believes the industry in his country is dealing with takes mental health issues. He comments: "Mental health is now taken very seriously in the mining sector, which is a consequence of several studies into the impact of fly-in and fly-out (FIFO) operations. The instigator for this was several suicides whilst workers were at site.

"The studies have examined how people deal with the extended time away from home (often two weeks) and working long shifts every day over this period. Often the only person an affected worker can go to is their supervisor and it is well known that many are reluctant to seek help when needed as it is a typical bloke thing to keep it internal and not want to discuss it. "This has resulted in the establishment of employee assistance schemes so that the affected person has someone different to talk to on a professional level.

"I am not sure if the same level of awareness exists in the construction drilling sector in Australia as workers usually go home at night and don't suffer the isolation that mineworkers do. It, therefore, hasn't received the same media exposure. I expect that the bigger companies would provide their employees with access to the same assistance schemes as mental health is generally out in the open in Australia and no longer such a stigma. Support schemes like Beyond Blue and Men's Shed are well publicised and funded."

The prevalence of macho attitudes present at drilling, construction and site investigation environments is an issue highlighted by many as being a potential barrier to seeking help with mental health pressures.

Chapman offers the following advice: "Banter can quickly become bullying - notice when people are being bullied and support them. Helping others also increases your sense of self-worth. Doing good makes you feel good.

"Look for changes in colleagues - do they lose or gain weight quickly? Is there a change in their sleep patterns? Do they suddenly become tired?

"Ask them if they're okay, let them know it's okay to talk. Prevention is better than cure, but there's no cure for suicide".

Hadley, too, recognises that the macho view of drilling working environments can be an issue: "Traditionally this has been a problem and it places a great responsibility on influencers in society who can provide leadership to this demographic. Prominent footballers and rugby players such as Jermaine Jenas and Danny Cipriani have spoken about their challenges and the support, we can provide each other. This normalises the experience. Recognising that I am sympathetic and have an understanding of mental health problems, my friends and colleagues now open up to me about their experiences. By sharing these experiences, we no longer feel isolated and can learn about techniques for dealing with those challenges." 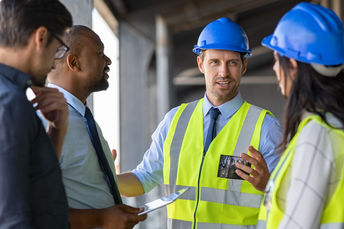 However, Chapman believes things are slowly changing for the better: "It's almost fashionable to talk about it, although I don't like using that word because I don't want it to go out of fashion.

"But now we're talking it's a start, although that's just the first step. We need to look at our mental health in the same way as we look at and look after our physical health."

Hall agrees: "Younger people entering the mining and construction industry are different from previous generations and more willing to open up and say how they are feeling. Sometimes this goes too far and results in these same people complaining about trivial incidents and needing to go out on stress leave. There needs to be a balance and this is where professional counsellors can play their part."

Men in the middle

Chapman also emphasises the generational differences in attitude towards mental health in the male-dominated drilling sectors: "Younger people ‘get it' straight away, whereas older generations have a ‘stiff upper lip' or ‘get over it' type of attitude.

"There are men in the middle - middle-aged men - who are worried about saying the right thing, knowing what to say and what not to say. This is the transitional generation between the two camps. This in itself can cause stress and anxiety.

"We are at the beginning of dealing with mental health issues. We are figuring out how to deal with it. Mental health isn't considered as worthy as physical health; treatment isn't as good.

"Anything can happen at any time that can damage your mental health."

Of course, recent events themselves have had a devastating impact on many industries, the drilling and construction sectors have not been immune from this, and it brings further challenges when it comes to workers' mental health.

Hadley addresses this issue: "Despite government assurances that with social distancing and other hygiene routines etc, it is safe for the construction industry to return to work, I suspect there is anxiety, both with the workers and within their families, and this will impact on individuals' decisions to return to work. Many will also be facing uncertain futures, as work, if not halted, will in some instances be slow to return - the financial pressures on families this brings will be tremendous.

"Of course, I have nothing but sympathy should people be cautious about returning to work, especially if they know directly or indirectly someone impacted health-wise by the virus. It takes a lot of faith in business leaders that necessary risk assessments are being carried out and that they are putting in place mitigation measures, which could literally mean life or death for colleagues or family members."

Hall, adds an Australian perspective to the issue: "One of the pandemic measures seen in Australia is the lengthening of rosters to help alleviate the number of workers transitioning in and out of a FIFO mine site. Often people don't deal with it well when they are away from home longer than usual. Another is that state borders have been closed which has meant that many FIFO workers have had to temporarily relocate from their state to another where they work. This could be for a few months rather than the usual few weeks.

"The other impact would be the same as most other workers and that is job security. Generally, here in Australia mining and construction have fared reasonably well, not being impacted by forced closures like tourism, hospitality and retail have. However, there have still been rigs stood down, which has resulted in workers being laid off. There remains a skills shortage of drillers so work can likely be found elsewhere, but this is harder than usual currently because of the mobility restrictions caused by border closures.

"In cases where the wife may have lost her retail job in the city and the partner is away for an extended period on a FIFO mine site, this could certainly lead to added stresses on the family. Again, the assistance providers can help here as the service is normally available to partners as well as the worker."

It is clear that, although the COVID-19 pandemic has not helped things, progress is being made in the drilling sector when it comes to employers recognising mental health issues. Employees need to play their part too and support each other while also taking care of their mental health. Mental health and wellbeing from the Institute of Quarrying