25 years of Bauer in the Philippines

Every country has its own cultural, social and linguistic features. In order to optimally react to the demands of the respective markets, Bauer Spezialtiefbau GmbH has always relied on local subsidiaries to make its specialist foundation engineering expertise and know-how available around the world – and this includes the Philippines, where Bauer can this year look back on 25 successful years. 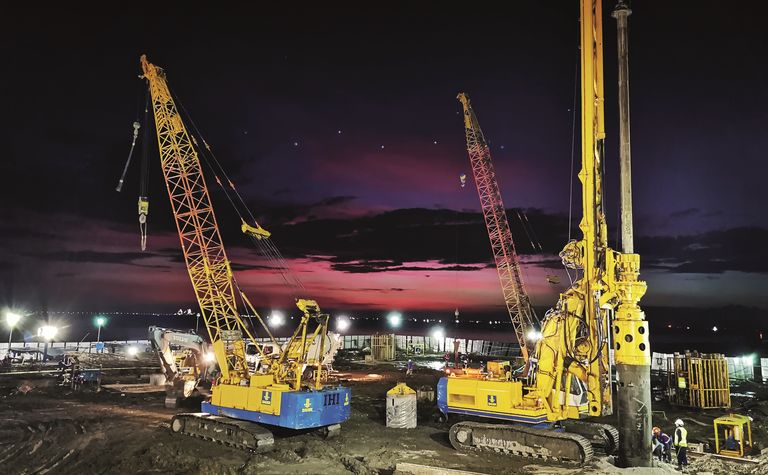 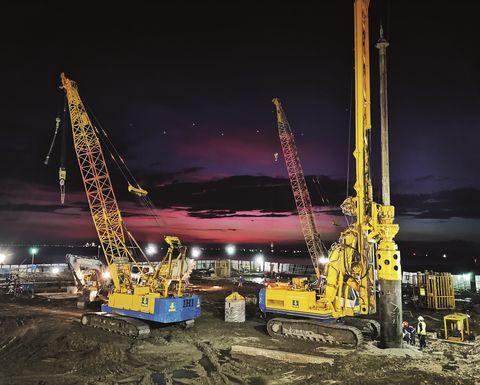 Bauer has been active in the Philippines since 1995 and is involved in a wide range of projects in the Southeast Asian island nation.

In order to relieve traffic congestion in the metropolitan area around the Philippine capital Manila, a new highway called Metro Manila Skyway is being constructed. Bauer Foundations Philippines, Inc. has been involved in a number of construction phases and, since August 2019, has been working on the expansion of the highway between the cities of Sucat and Alabang in southern Metro Manila.

The road, which is constructed on pillars above existing roads, is currently being expanded from two to six lanes.

In addition to this, the highway will be extended from Alabang to the city of Muntinlupa. In this first phase of the expansion project, all toll roads in the southern Manila metropolitan area will be upgraded to relieve the major roads and permanently reduce traffic jams.

As part of the order, Bauer is installing 188 bored piles with diameters of 2,800mm and a maximum depth of 30m. In addition, 226 ductile piles with a length of 16m will be installed using the PGF system (pressurized grouted full displacement).

A special challenge in this project is that works need to be carried out without interrupting traffic on a busy road. "Efficient traffic management and good logistical organisation are the most important factors for successful execution of this project," said Mohammed Hussieny, senior project manager at Bauer Foundations Philippines, Inc.

As part of a large investment programme by EDC, Bauer Foundations Philippines, Inc. has once again been commissioned to carry out drilling for a geothermal power plant on the island of Leyte.

Over a period of four months, a Bauer BG 40 was used to carry out multiple drill holes with a diameter of 1,200mm. The slurry stabilised drilling hole was executed up to a depth of 150m, despite difficult soil conditions, and was successfully completed in March of this year.

In addition to infrastructure and energy generation projects, Bauer Foundations Philippines, Inc. is also involved in commercial property development and projects. One example is the Cebu Integrated Resort, a hotel, business and leisure complex on Kawit Island, one of the islands off the coast of Cebu City.

The project site will provide both commercial and private investment opportunities. In addition to bars, restaurants, a shopping and convention centre, a casino, a theme park and a theatre, there are also a total of three hotels planned for the site.

Luxury area with a sea view

Located directly on Manila Bay, the new 30-storey building complex Seaview City is being constructed on an area of around 200,000m². The site will offer new commercial spaces and luxurious residential units as well as an on-site entertainment and casino area.

For the preparation of the building foundations, 483 bored piles were installed over a total of 14 weeks. Three Bauer drilling rigs (a BG 40, a BG 15 and a BG 14) were used for the works which began in November 2019 and were completed in March 2020.

In addition to these sample projects, in recent years Bauer Foundations Philippines, Inc. has also successfully acquired, executed and completed many other commissions.

"There are many more and increasingly complex projects being planned and implemented to fulfil people's needs for better infrastructure, safe energy supply, living space and entertainment," said Thomas Albrecht, director of Bauer Foundations Philippines, Inc. "Over the past 25 years, successful completion of demanding projects means that we have been able to establish ourselves in the region as a reliable partner for specialist foundation engineering projects." 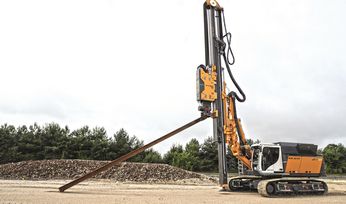 Groundwater treatment with a green core