Earlier this year, Keller completed its first-ever vibro concrete column (VCC) project in Singapore. The foundation works for a road in Lorong Halus opens up new benefits for clients and distinguishes the company in a market more familiar with piling and deep soil mixing. 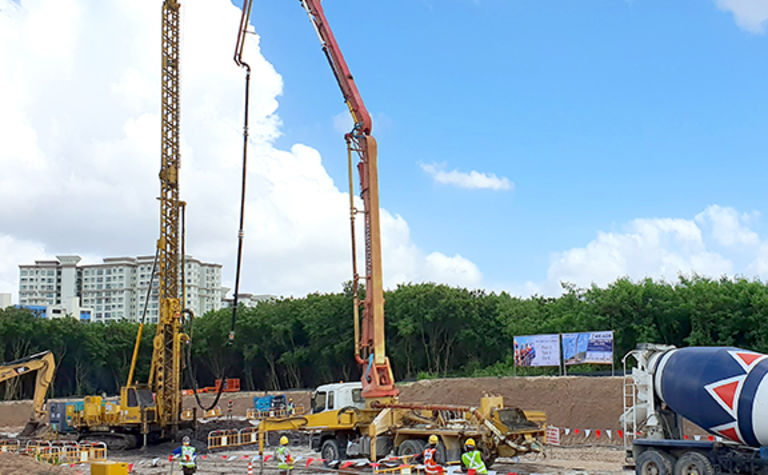 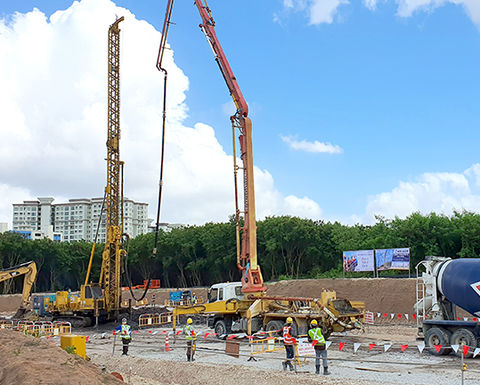 By working with international colleagues, Keller was able to complete its first-ever vibro concrete column project in Singapore

For almost 30 years, Lorong Halus in eastern Singapore was literally the country's dumping ground. The area was home to the island's largest landfill, built on the site of a former sewage works.

The landfill closed in 1999 and since then, the area has been gradually transformed into an attractive, ecologically diverse coastal wetland. With these positive changes has come the need for greater infrastructure.

The local government has invested heavily in a major roadworks programme in Lorong Halus, but with difficult ground conditions caused by years of buried waste, the government's consultants in charge of the project turned to Keller.

"We were approached by the consultants, who were looking for a solution to the problematic soil," said Edward Koh Cho Meng, senior business development manager, Keller Singapore. "After analysing the soil conditions, we explored the possibility of using deep soil mixing, vibro stone columns or vibro concrete columns. Based on our analysis, vibro concrete columns were the best solution.

"Our team in Keller Malaysia has faced a similar situation in Penang, Malaysia, where VCC was used to support water tanks in Penang's sewage treatment plant, also built on landfill soil.

"The nature of the technique introduces concrete into the soil and pushes the problematic, landfill soil to the side. This way, strength gained from the columns are independent of surrounding soils."

Vibro concrete columns can be used in a variety of soils to reduce settlement and increase bearing capacity. They offer an economical alternative to traditional piling methods and produce very little spoil.

Although Keller had not carried out any previous vibro concrete column projects in Singapore, the advantage of being part of a global company is the ability to share knowledge. The team was able to draw on expertise from Keller's Vibro Global Product Team, as well as colleagues in Malaysia.

"With this support, we were able to create a rigorous process design and modify our vibrocat machines accordingly," said Koh Cho Meng. "We had the opportunity to demonstrate our capabilities to the main contractor by showcasing the long-term success of vibro projects in Malaysia and road projects in Singapore where similar techniques were used."

The Keller crew started on-site mid-January 2020 and proved the benefits of the technique by completing three weeks ahead of schedule.

"The client visited the site in February to see how the project was going and was really impressed with the quality of our work, site control and safety," said Koh Cho Meng. "That's all thanks to the excellent cooperation between our business development, design and operation teams, overseen by our management. Together they ensured everything on the job was done in accordance to Keller's high safety and quality standards.

"By proving our capabilities on this project, we can now offer vibro concrete columns as an alternative technique, adding value to our Singapore clients and giving us a competitive advantage in a marketplace largely offering conventional piling methods and deep soil mixing."