The USA’s Deep Foundations Institute (DFI) has announced the team of Langan Engineering and Environmental Services (geotechnical and environmental services), Malcolm Drilling Co. (foundation contractor), and Condon-Johnson & Associates (shoring contractor) as the winners of the 2020 DFI Outstanding Project Award (OPA) for the innovative foundation design of the Chase Center in San Francisco. 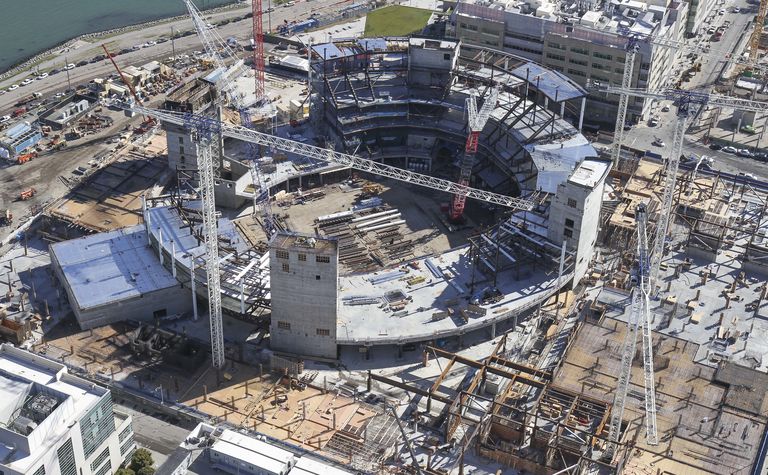 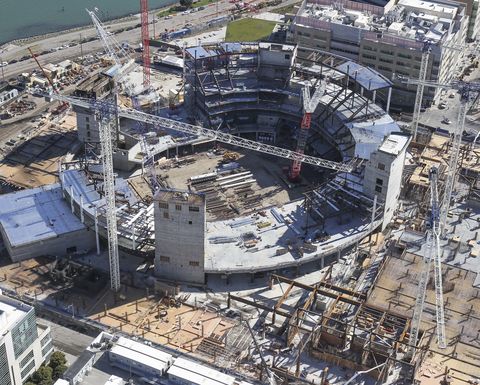 The Chase Center is being developed in the Mission Bay area, which has poor ground conditions. A tidal cove thousands of years ago, the area was built up in the early 1900s from thousands of cubic yards of sand, rocks, dirt and debris that came from the 1906 San Francisco earthquake. Besides the engineering and construction challenges that process entailed, the team had to excavate as deep as 30ft (9.1m) to fit all the programming on-site.

The unprecedented depth and size of the excavation presented challenges with dewatering, maintaining a stable subgrade and supporting the excavation. In addition, the foundation conditions varied significantly across the site, with bedrock as shallow as 30ft (9.1m) and as deep as 130ft (39.6m).

This year, DFI is also awarding two Special Recognition Awards to Schnabel Engineering, which submitted a project at West Virginia's Yeager Airport, where a team stabilised and restored the safety area for Runway 5; and Mueser Rutledge Consulting Engineers for rehabilitating New York City's Canarsie Tunnel for the L Line subway due to Superstorm Sandy damage, including tunnel feature upgrades.

The OPA was established in 1997 to recognize the superior work of DFI members. A committee selects the projects based on size, scope and challenges of the project; degree of innovation and ingenuity exercised; and uniqueness of the solution to the difficulties of the job. 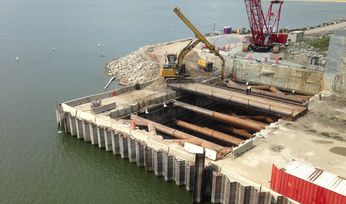 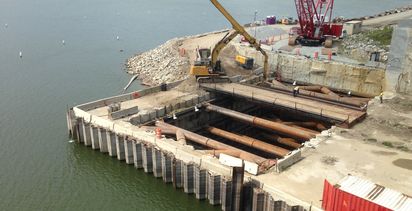