As part of the construction of the new wastewater treatment plant in Gazeran, France, Keller has been undertaking piling work. Working on behalf of the Syndicat Intercommunal de la Région de Rambouillet, Keller France has been involved in the project since the end of 2019 as a subcontractor to the group led by Eiffage. 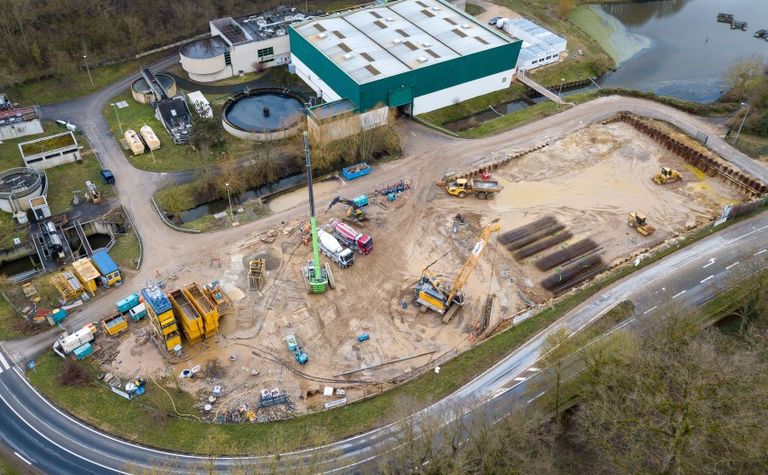 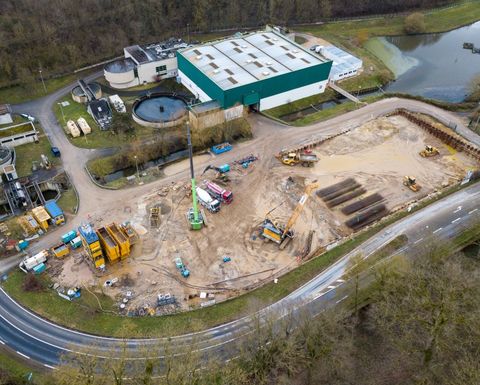 The €3.5 million (US$4 million) worth of work entrusted to Keller consists of the construction of a diaphragm wall and a watertight plug for a circular storm basin 36m in diameter and hollow auger piles for the SBR basins and rigid inclusions under the foundations of the future administrative building.

The excavation of the bottom of the storm basin will be located about 14m deep, with a section deepening to 16m, which requires the construction of a diaphragm wall to support the soil during the earthworks phase.

This 520mm thick, 18.5m deep diaphragm wall is built in a geology made up of embankments, modern alluviums and Sable de Fontainebleau.

At the hydrogeological level, the groundwater in the construction phase is located 2m below the work platform and the level of the high water exceeds the +0.00 level of the structure. This particular situation, and the presence of very permeable ground, led to having to make a relatively tight plug under the raft of the storm basin in order to reduce the dewatering flow rate from around 400m3/h to less than 50m3/h.

This plug will be made at the base of the diaphragm wall using secant columns in jet grouting 2.8m in diameter and will be retained in the provisional phase by means of micropiles, 175mm in diameter, anchored to 32.5m deep.

These micropiles will also serve as tie-rods for the final raft in order to counter the under pressure.

This innovative cap design, based on Keller's international experience in jet grouting, was offered as an alternative to a much more expensive solution.

After the work was interrupted due to the COVID-19 crisis, work resumed in July with the completion of the grouting jet cap and that of the micropiles planned to last three months.

In October 2020, the auger piles for the SBR basin will be built and the rigid inclusions under the foundations of the administrative building in 2021. 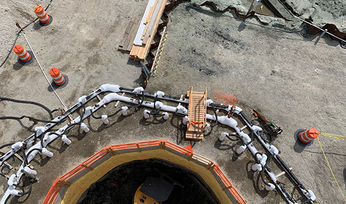 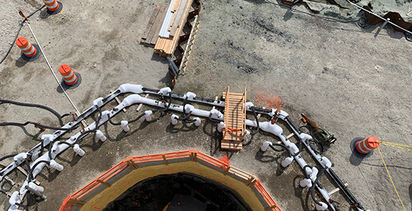 A product range for customer applications from National Pile Cropper