Liebherr on the way from Paris to Prague

The Neckartal Bridge is part of the A6 motorway which crosses through southern Germany stretching between the French and the Czech borders, as part of the European Route 50 it is an important link between Paris and Prague. The current upgrading of this motorway includes the rebuilding of the Neckartal Bridge at Heilbronn between the junctions Untereisesheim and Neckarsulm. 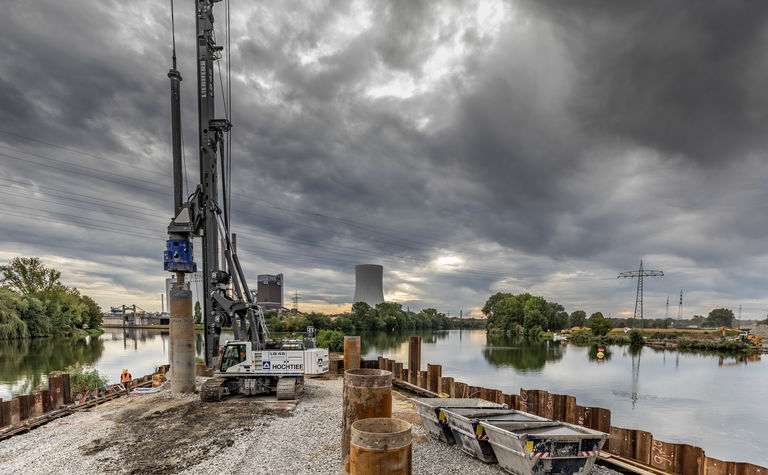 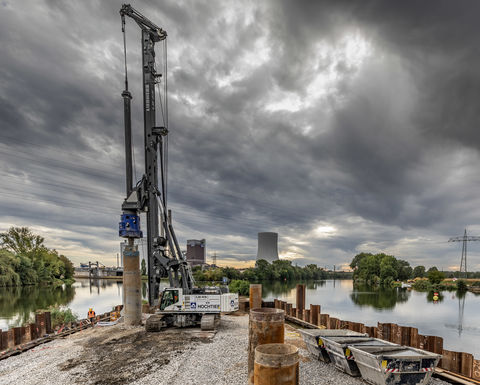 For the rebuilding of the Neckartal Bridge at Heilbronn the contractor Hochtief Infrastructure GmbH successfully installed the foundation piles with an LB 45, the successor of the proven Liebherr LB 36 drilling rig.

The name of the new machine, LB 45, which Hochtief Infrastructure used, comes from its nominal torque of 450kNm. That is an increase of approximately 10 per cent in comparison to the already high performance of the LB 36 with 410kNm.

Foundation piles were also required on the Neckar Island which lies about 100m from the riverbank. For this part of the project, the drilling rig was transported there by pontoon. Following transportation Hochtief built a pontoon bridge from the pontoon elements so that site traffic could cross.

However, the drilling rig was too heavy for the pontoon bridge. After completion of this construction phase, the bridge had to be rebuilt back to a pontoon so that the LB 45 could return across the Neckar.

The simple handling of the machine proved to be a huge advantage both when operating it and when facing such logistic challenges.

The company handled 170t of steel reinforcements and 2,000m³ of concrete in the process.

On average, the piles are 11.5m deep and have a diameter of 1.5m. Depending on the density of the rock and the drilling depth, Hochtief required about two hours for each pile. Including concreting, 2.5 piles could be installed per day.

Hochtief was particularly impressed with the handling and the power of the LB 45.

The longevity of Liebherr crawler cranes 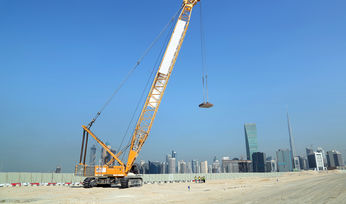 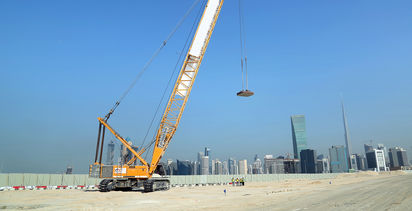 Liebherr partners with Hexagon to deliver next generation mine automation

Cementation Skanska to use HVO on large-scale plant