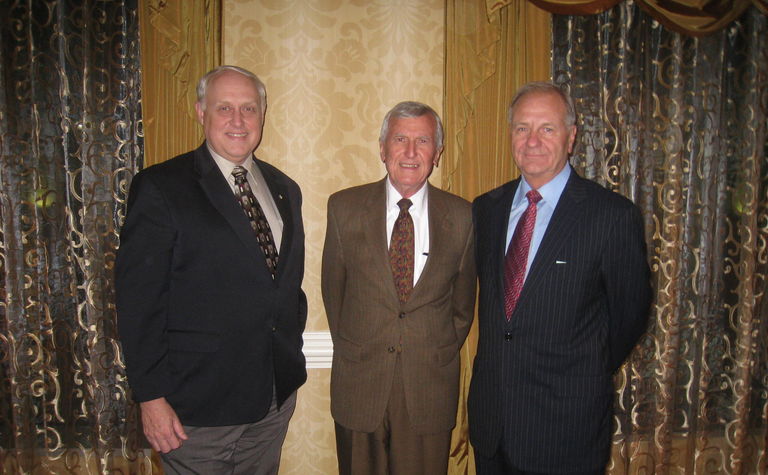 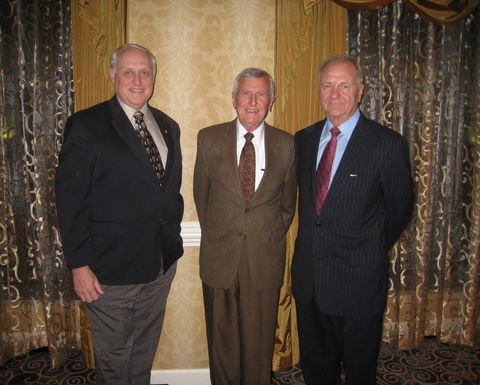 Likins, Goble and Rausche (left to right, pictured in 2009) after whom the new DFI Educational Trust scholarship programme is named

The fund honours George G. Goble, Frank Rausche and Garland E. Likins, the founders of GRL Engineers, Inc. and Pile Dynamics, Inc. The fund provides at-large scholarships to full-time undergraduate or graduate civil engineering, electrical engineering and computer science students attending any accredited college or university in the US and who demonstrate prior employment, co-op or intern experience with a civil engineering application.

"This scholarship not only seeks to honour the legacy of these pioneers' transformational work in the deep foundation sciences and industry over the past half-century," said Adrian Rausche, CFO/treasurer of GRL Engineers, "but also to endow their vision to the next generation of engineers so that it remains ever dynamic and unceasing."

George G. Goble was the founder of GRL Engineers and Pile Dynamics, which emerged from a research programme he directed on dynamic pile testing in the 1960s-‘70s.

Globe became a professor and chairman of the departments of civil engineering at both Case Western Reserve University and University of Colorado, USA. He remained in academia and consulting until his retirement, authoring 125 plus technical papers where he tirelessly promoted quality assurance for the deep foundations industry. Dr Goble passed away in September 2017.

Frank Rausche was president of GRL Engineers from 1977 to 2011 and a director of Pile Dynamics, where he still is active as a senior consultant.

Rausche began his engineering education at the Technische Hochschule in Stuttgart, Germany, and received his PhD in geotechnical engineering from Case Institute of Technology in Cleveland, Ohio, where he had been a part of the pioneering research team developing dynamic pile testing methods. He is the author and developer of the CAPWAP and GRLWEAP programmes, holds several patents and has more than 100 papers published in journals and conference proceedings. His work has helped dynamic pile testing analysis become a standard method for deep foundations quality assurance throughout the world.

Garland E. Likins is a principal at Pile Dynamics, serving as its president from 1977-2014. He was a long-time partner in GRL Engineers until 2016 and conducted dynamic pile testing, proving its reliability on numerous projects.

He directed the research and development at PDI for deep foundation quality assurance instrumentation for driven piles and eventually for drilled and augured piles. Likins promoted testing of deep foundations throughout the world, travelling extensively and turning PDI into a global company. He is a frequent lecturer and has more than 100 published papers. He was the recipient of DFI's Distinguished Service Award in 2019.

"DFI is extremely thankful for GRL Engineers' and Pile Dynamics' support of the DFI Educational Trust," said Theresa Engler, executive director of DFI. "The future of our industry depends on encouraging promising young engineers to consider careers in the deep foundations construction field. Through the generous support of DFI member companies such as GRL and PDI, the DFI Educational Trust has awarded more than $1,200,000 in scholarships to more than 300 students in fields of study related to the deep foundations industry."

DFI's Educational Trust has received a US$50,000 donation from PDI to provide scholarships 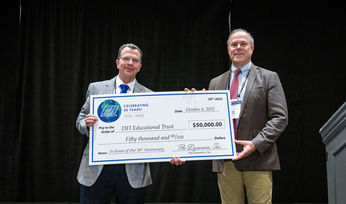 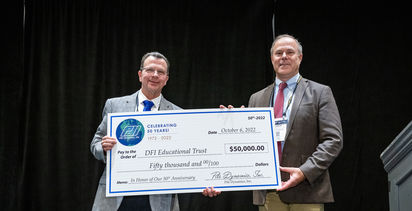