In 2021, one of the most modern indoor skydiving facilities in the world is being constructed in the West German town of Viernheim, situated in the industrial Rhine-Neckar metropolitan region. 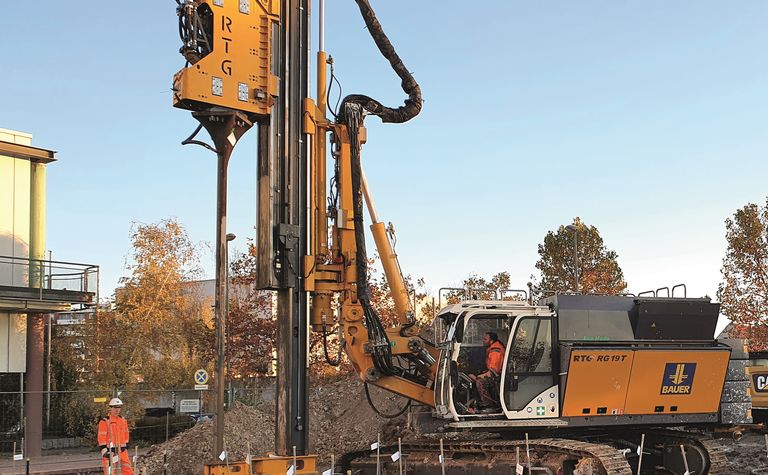 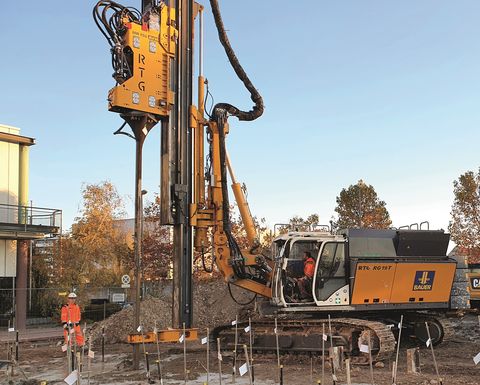 Bauer Spezialtiefbau GmbH was tasked with the execution of foundation works for this project. The relatively small, rectangular excavation pit over an area of a mere 200m² was secured with double-anchored, impermeable mixed-in-place walls (MIP) with a diameter of 0.55m.

The MIP walls were created using an RTG RG 25 up to a drilling depth of 16m and the structural king piles were vibrated into the fresh MIP wall with an RTG RG 19 T.

The grouted anchors, with four to six strands and a length of approximately 17m, were created with a Klemm KR 806 using the rotary percussive drilling method.

"From the very beginning, a cooperative partnership with the owner was the ultimate key to project success. Joint development of the technical concept for the creation of the excavation pit started back at the sales stage," explained Martin Ellebracht, head of the Rhein-Ruhr office of Bauer Spezialtiefbau. 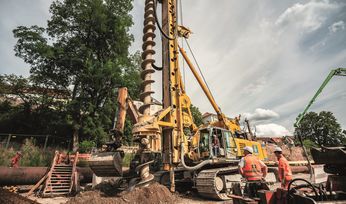 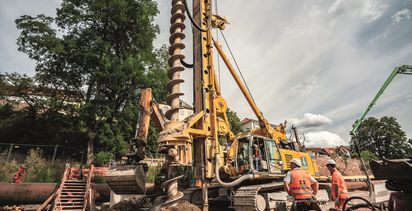 Construction of an excavation pit in the tightest of spaces

Digitalisation on the site