Drill King International’s European sales manager, Jonathan Hurt, tells GDI about how the business is expanding its European operations and bringing new equipment options to contractors operating on the continent. 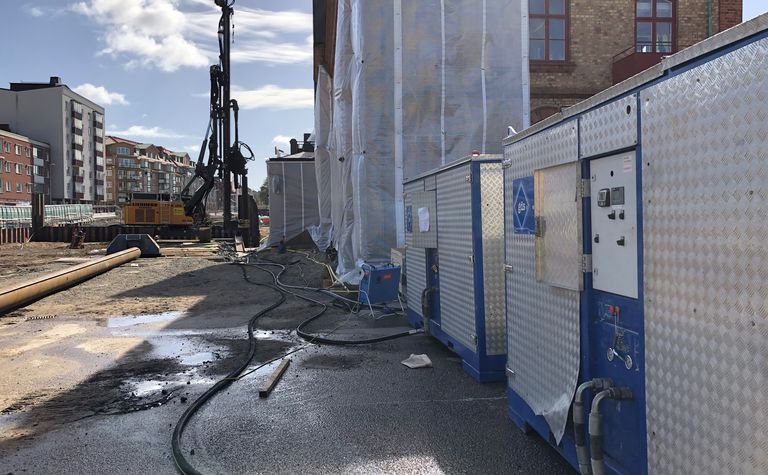 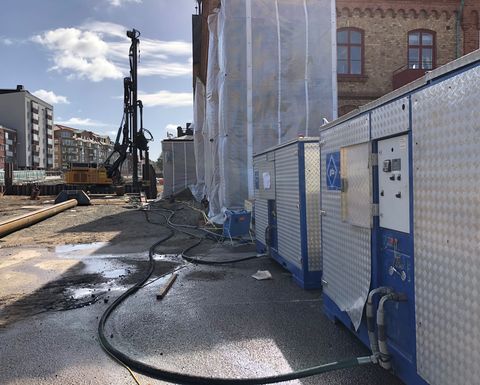 With the introduction of high performing propelling water pumps developed by the Swedish distributor GDS Geo Drilling Solutions, Drill King International is seeing an increased use of its water-driven hammers

Earlier this year Drill King USA opened its first international office and warehouse. Based in the UK the new operation is run by Jonathan Hurt (European sales manager). Talking about the international expansion he says: "This is the first time Drill King has opened an office outside the US so it's a very exciting time for all concerned as we do see great potential for growth."

Hurt who is tasked with maintaining and taking forward DKI's business internationally adds: "Business has started briskly since we opened our doors this side of the pond at the beginning of February, we've had many interested European and UK companies contact us now they can more easily access Drill King products lines closer to home.

"We are also seeing more and more interest in our water-driven hammer products in recent times and with pressure to find more environmentally conscious ways of drilling demand is growing," says Hurt. Today, the use of water hammers for advancing steel piles is common work for foundation companies in many countries such as Sweden, Finland, Austria Switzerland and Italy.

Hurt notes that the introduction of the Drill King WAI water hammer line has contributed strongly to this by increasing the availability of hammers, shock absorbers and bits/casing systems, as well as building a strong distributor network covering Europe.

Together with the introduction of high performing propelling water pumps developed by the Swedish distributor GDS Geo Drilling Solutions, the water-powered drilling systems make a reliable drilling method. By using water instead of air for propelling the hammer a safer and more benign work procedure is established. The water has no energy left after leaving the flushing holes of the bit and will minimise the influence on the surrounding geology with fewer settlements and over-flushing of the drilled hole.

The risk of ground lift as well as the risk for affecting surrounding foundations for buildings or structures is minimised, meaning the method is commonly used in city areas where the drilling work has to be performed close to existing buildings.

In Norway, which until now has been a little slower to introduce water drilling compared to other Scandinavian countries, a contractor is now starting foundation drilling works for the new hospital in the city of Drammen "Drammen Sykehus". Difficult geology with clay and Moraine deposits before the bedrock is reached at about 70 - 80m depth was found to be very challenging drilling with air. After an extensive evaluation programme, water drilling was found to be the most effective and safe method, and at the worksite, four drilling rigs are now in place to take on the extensive foundation drilling covering steel piles from 170mm up to 324mm.

The Drill King water-powered drilling product portfolio is growing fast with several new products recently introduced. During the later part of 2020, the 12in hammer (WAI120) performed successfully during its first project that saw it drilling a steel pile wall for the new train tunnel in Varberg, on the west coast of Sweden.

A new product just now being introduced is a combined hammer for drilling and jet grouting in a single pass. The newly launched Drill King Jet-Grouting hammer is as ingenious as it is simple and allows even existing hammers to be converted.

With a comprehensive range of drilling tools out of its state of the art facility in Mansfield, Texas, Drill King products are made with high-quality, US steel and include DTH air hammers sizes 2in to 24in button bits 2-3/4in to 42in (70 to 1,067mm) shock absorbers 3in to 18in, casing advanced systems along with a complimentary range of rotary percussive and rotary accessories. Drill King International also has the flexibility to offer many bespoke drilling products which forms a larger part of its product offering.

With more than 35 years' experience in the drilling industry Drill King International is committed to supporting customers' drilling equipment needs now and into the future. 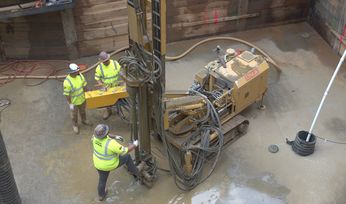 Australian success for a US business