In the USA, Keller has delivered multiple techniques for a redevelopment project in Washington D.C. along the Potomac River. 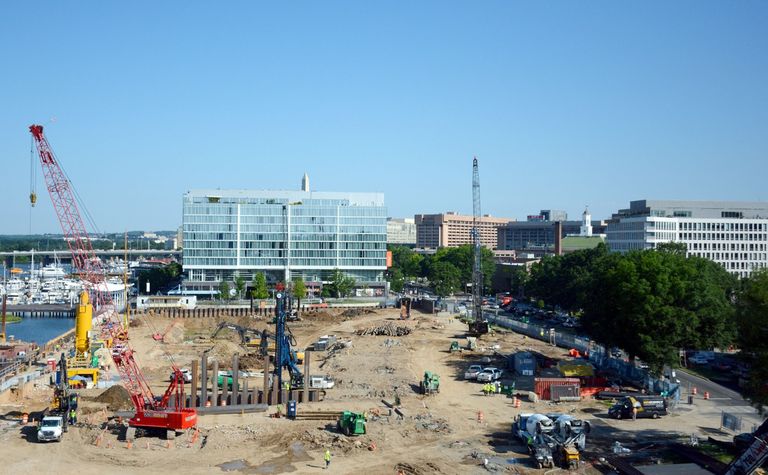 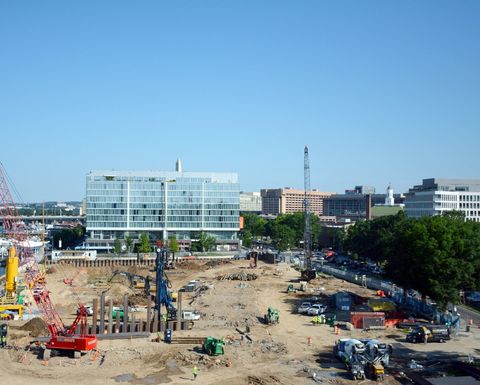 Keller has delivered multiple techniques for a redevelopment project in Washington D.C. along the Potomac River

Prosperous as a fish market in the 1900s, the Wharf alongside the Potomac was targeted for redevelopment to reconnect the area with downtown Washington DC. One portion of the redevelopment consisted of a 24-acre stretch of five mixed-use buildings, nine to 11 stories tall, with one to three levels of below-grade parking. Ground conditions consisted of 17ft of fill, underlain by alluvial deposits, sand and gravel, and clays. Groundwater was encountered 2ft to 1ft below grade.

In addition to an aggressive schedule, the urban environment created a restricted work area. An active water line and subway tunnel also ran below the job site. Finally, groundwater was contaminated with metals and pesticides.

Due to its extensive toolbox, Keller was chosen as the geotechnical speciality contractor for this project.

First, to provide earth retention for the construction of the underground structures, 73,000ft2 of sheet piles were installed on the east and west perimeters. On the north side, 12,500 ft2 of soldier piles and lagging were installed. Keller also installed 217 tieback anchors along the shoring walls due to the excavation depth, up to 32ft. Where tieback installation was not feasible, internal bracing was used.

On the south perimeter, a hybrid system of 445 displacement piles and auger cast piles along with intermittent jet grout and cement grout columns were installed as a continuous wall to achieve water cut-off.

The hybrid system was necessary to minimise tunnel movement that was observed during installation.

Jet grouting was also used to underpin a 108in storm pipe in the centre of the project and seal gaps between the sheet pile wall and displacement wall.

Keller installed 196 tiedown anchors beneath the north garage mat slab foundation. Anchors were installed up to 90ft below working grade with a 6ft clearance to the subway tunnel walls. Over 1,600 rigid inclusions were installed to provide ground improvement for the garage slab and support tower crane foundations. Installation required close coordination with the concrete supplier and site work contractor.

In addition, Keller also installed a dewatering system required due to the deep excavation and to handle uneven groundwater pressures that could cause tunnel movement. Because the collected groundwater was contaminated, proper job site water treatment and discharge compliance were essential to keep the work schedule and budget. Site water could not be discharged directly into the combined sewer system. Instead, all water had to be treated onsite before being released into the stormwater system. The water contained high iron levels with the potential to impact both dewatering and treatment systems due to rapid build-up in pipes, pumps, and drainage structures.

The groundwater was treated through a combination of physical filtering and chemical treatment to reduce the pH level and remove contaminants such as manganese, iron, arsenic and volatile organic compounds. The resulting treated groundwater underwent continuous monitoring to ensure program compliance. 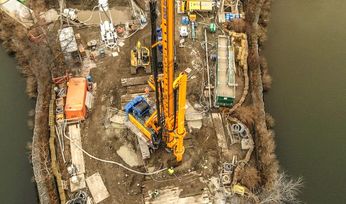 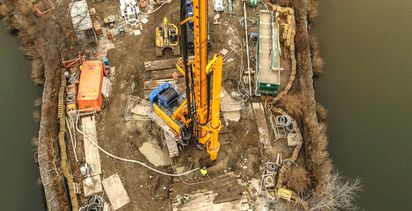