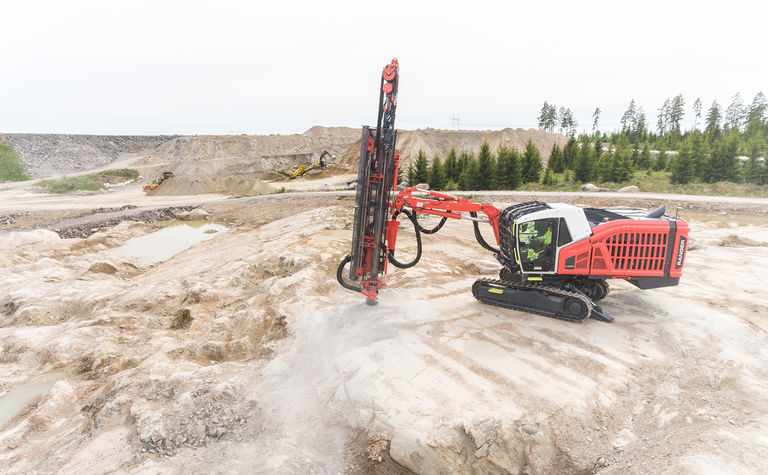 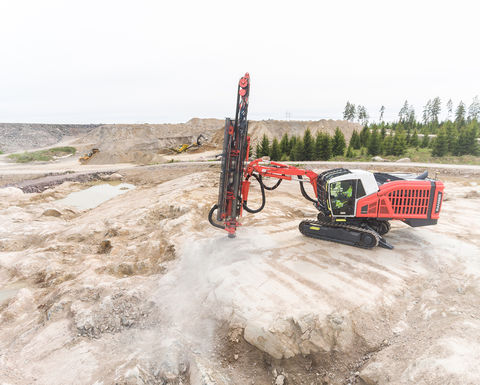 These features include 55m2 drilling coverage equipped with the new powerful rock drill, Sandvik-style intelligence and high fuel efficiency, which, Sandvik Mining and Rock Technology claimed, make this drill rig one of the most powerful and efficient top-hammer drill rigs in its class. The company added that it represents a totally new generation of the Ranger product family.

All of the Ranger DXi-series top-hammer surface drill rigs feature a revolving superstructure. The new Ranger DX900i has 290° reach, saving working time and minimising the need to reposition the rig. Despite the rig's ability to rotate, its counterweight structure ensures stability by maintaining weight opposite the boom. Ranger DXi rigs are extremely mobile, thanks to a low centre of gravity and high tramming power.

In addition, Sandvik GT 60 tools enable higher productivity with straighter 92-127mm holes, and they can tackle difficult rock with the iTorque control system.

Operator ergonomics and low cabin noise have been focus areas in the development of this new iCab cabin. A new user interface has been developed based on several customer trials. Positive feedback has been received on the good ergonomics, easy-to-use joysticks and control panels. The new cabin also features room for a trainer behind the operator seat. Thanks to a long and successful co-operation with VTT Technical Research Centre of Finland, Sandvik has been able to lower the noise emission to levels never before seen in this type of drill rig.

Lars Engström will be leaving his role as president of Sandvik Mining and Rock Technology at Sandvik... 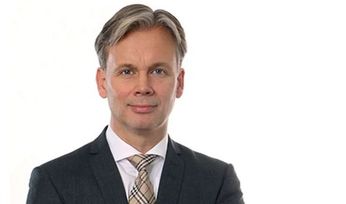 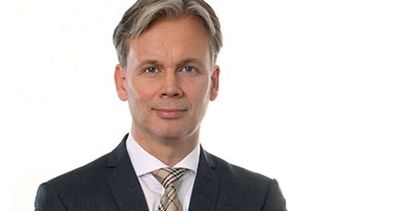