The British Geological Survey and Heriot-Watt University welcomed Richard Lochhead, Member of the Scottish Parliament, Minister for Further Education, Higher Education and Science, to the Lyell Centre on Tuesday 28th May. 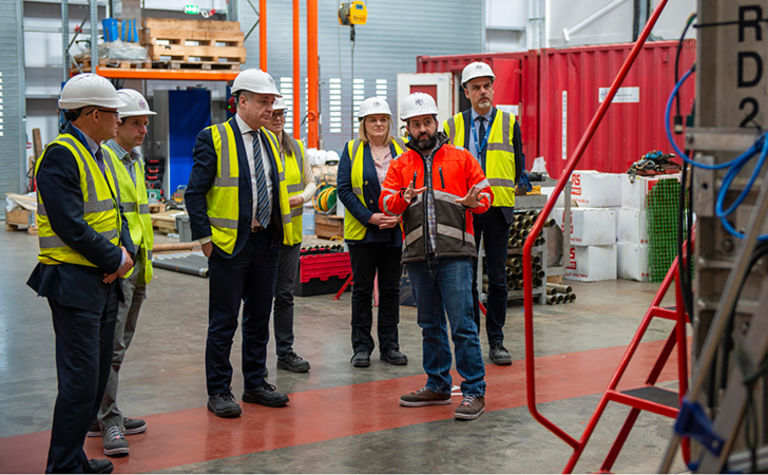 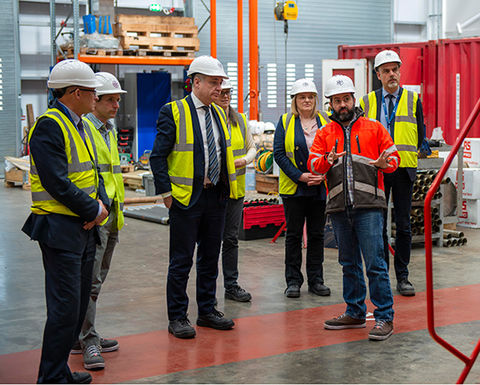 Richard Lochhead, The Minister for Further Education, Higher Education and Science, is updated on the capabilities of the Lyell Centre’s RD2 drill system by offshore electrical engineer Michael Wilson

The Lyell Centre is a strategic partnership between Heriot-Watt University and the British Geological Survey (BGS), funded by the Natural Environment Research Council, the Scottish Funding Council and Heriot-Watt University, which enables them to work together combining their expertise in geoscience. Exploring themes ranging from geology and geophysics to marine ecosystems, the centre's combination of pure and applied expertise employs innovative methods and technologies to society's most important environmental science and energy challenges.

Mr Lochhead was also given a tour of the BGS Marine Operations base at the £21 million (US$26.5 million) purpose-built facility.

The Science Minister, Richard Lochhead said: "I am consistently impressed by the ways in which scientists in Scotland are following in the footsteps of geologist Charles Lyell and forging ahead in technologies with the potential to transform the way we live. It was my pleasure to visit the Lyell Centre and hear about the contribution that this state-of-the-art facility can make to land and marine conservation, geology and geoscience and to research and innovation in energy issues that are such a current, national and global matter.

"This is just one example of how cutting-edge research, funded by the Scottish Government, through the Scottish Funding Council, is bringing together universities and industry to encourage collaboration across the country and internationally."

Professor Pender said: "Heriot-Watt's partnership with the BGS has brought together key expertise within the Lyell Centre, providing a major centre for Scotland's earth and marine sciences.

"It is a relationship that continues to go from strength-to-strength and allowed us to deliver a unique research proposition and the associated enhanced learning opportunities for our students.

"Today's meeting was a chance to promote this success story to the Minister and highlight how the Lyell Centre has helped raise Scotland's international reputation in geoscience."