In a joint initiative between the Brunel University’s College of Engineering, Design and Physical Sciences, MGS and Pagani Geotechnical, a Pagani TG63-150 CPT rig will be used by post-graduate student Amy Flynn. 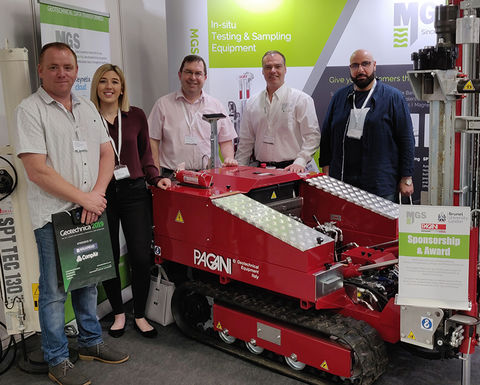 Representatives from Brunel University at the handover of a Pagani rig which is to be used for education, technical development and research

From Wednesday 17th to Friday 19th July 2019, Brunel University London will be undertaking fieldwork using the Pagani TG 63-150, supplied by MGS, at Ashford Hill National Nature Reserve, Hampshire, UK. The aim of the research is to further understand a geological anomaly, known as a drift-filed hollow (DFH).

Abundantly identified throughout central London, DFHs are currently believed to be cone-shaped depressions built into the local rockhead (mainly London Clay) and infilled with geotechnically varying sediment (often a melange of clay, sand and gravel) from the local norm.

Although each feature varies in size, infill composition, presence of a diapir and associated faulting the features are grouped due to their anomalous depth to the local rockhead.

The DFH at Ashford Hill was first identified in the 1950s. As part of Flynn's PhD research project, the Pagani will be used to attain CPTu data and take samples of the DFH infill.

It is understood that the work undertaken at Ashford Hill will enhance knowledge of DFHs, both on their geotechnical characteristics and to help provide evidence on the processes which led to their formation.

Furthermore, a comparison will be made between the CPTu data and samples taken, allowing analysis of the CPTu methodology in highly variable sediments.

One rig, one job with continuous liner samples for the full depth of the hole 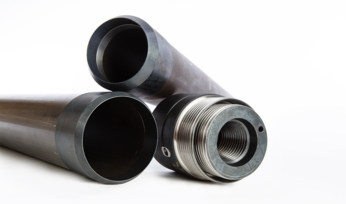 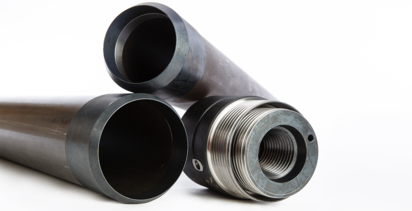 Woltman goes electric with the 90DR-e for BAM