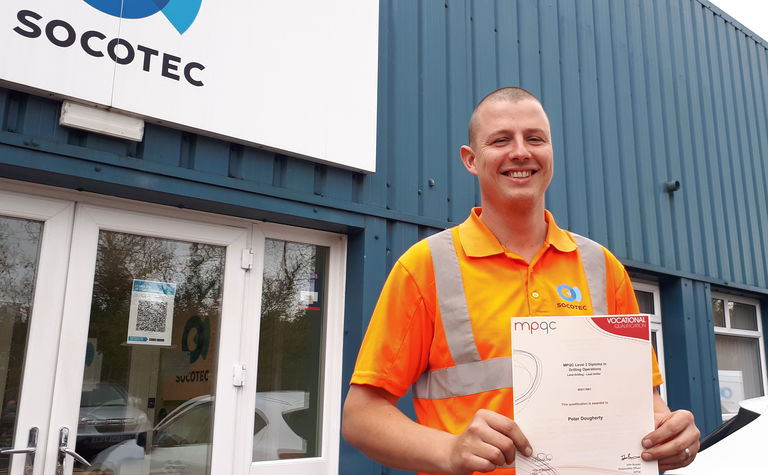 Dougherty is the first in the team to achieve this award through the Drilling Academy, Socotec's internal training and assessment centre which aims to produce a high calibre drilling team with professional standards.

Whether they are an entry-level trainee driller, an experienced lead driller or beyond, the Drilling Academy provides clear career progression for Socotec's drilling staff. The Academy is made up of two assessors and one internal verifier, ensuring that every qualification can be achieved entirely in-house.

Within his role, Dougherty is responsible for the safe execution of drilling instructions, including sample recovery, testing regimes, instrument installation and borehole reinstatement. The qualification will enable him to further advance his career within the ground investigation sector, as well as ensuring he is working to the highest industry standards.

The Level 2 Diploma in Land Drilling is the standard recognised qualification for land drillers in the UK. To achieve this, Dougherty was assessed according to the following criteria:

Clare Chapman, operations director, Ground Investigation, SOCOTEC UK said: "On behalf of the entire Ground Investigation team, I would like to congratulate Peter on his fantastic achievement. While I have no doubt that he will be the first of many to tread this path, it is particularly special that he is the first member of the drilling team to graduate from the Socotec Drilling Academy.

"As well as the drilling team, I would also like to thank Socotec's resources department, who are the brains behind the Drilling Academy. Having built the Academy from scratch a little over a year ago, their team of experienced supervisors and technical drilling advisors have demonstrated such capability that they are now qualified assessors, ensuring that every step of the qualification process can be carried out in-house." 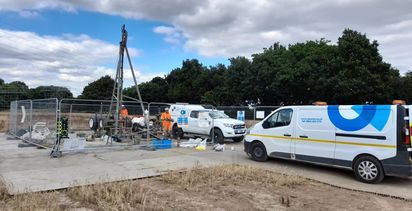