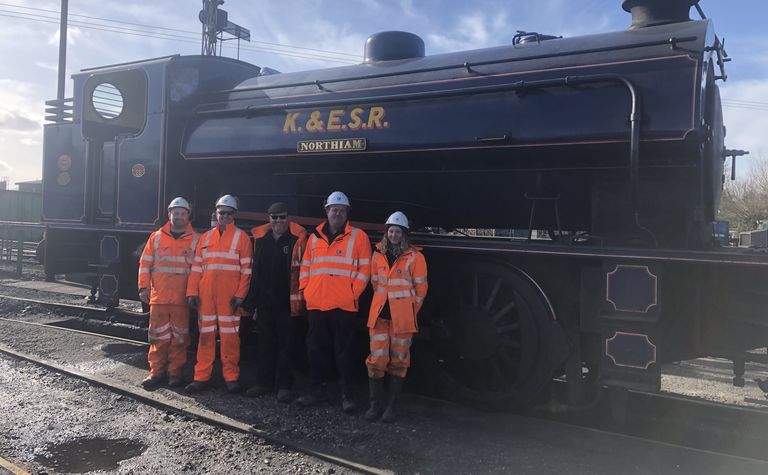 Socotec has carried site investigation works out free of charge for the charity funded, historic Kent and East Sussex Railway, which is operated by volunteers

The railway runs for 10.5 miles between Tenterden, Kent and Bodiam, East Sussex and was classed as the first ‘light railway' in the UK, having originally opened in 1900. Due to the loss of passengers and freight traffic, the railway eventually closed in 1964, with a group of volunteers - including drivers, firemen, guards and engineers - founding a charitable organisation in 1974 to preserve and reopen the line.

Following concerns raised by KESR that the riverbank adjacent to their yard/station in Rolvenden, Kent was eroding due to possible scour, Socotec carried out ground investigation work on an access road that lies adjacent to a fast-running wide stream.

In order to ascertain this, members of the Ground Investigation team based at Socotec's Maidstone site undertook a series of window sample boreholes to log the underlying soil and provide factual information on the ground conditions.

Clare Chapman, operations director, Ground Investigation, Socotec UK said: "Socotec's Ground Investigation team was best placed to assist and confirm the underlying ground conditions around this historical site. We were delighted to have carried out site investigation works free of charge for KESR, whose volunteers have done a phenomenal job of restoring the light railway back to its former glory."

Brian Richards, Infrastructure department, KESR, added: "KESR have been considering using an access road for lorries but needed to know if the river embankment that it lay adjacent to was suitable for this purpose. We were extremely grateful to Socotec, who kindly carried out some site investigation work to determine the conditions of the ground surrounding the road. A special thanks goes to Nick Harper and Brian Nottage for arranging this work - it is very much appreciated." 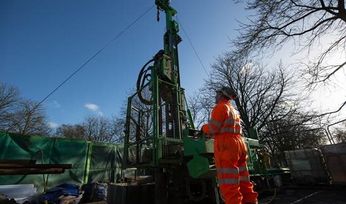 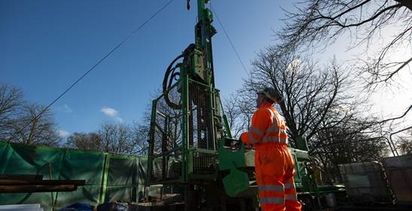