The problems caused by unstable slopes are generally well known but Miriam Smith asks what happens when soil movement affects pipelines and how can it be prevented? 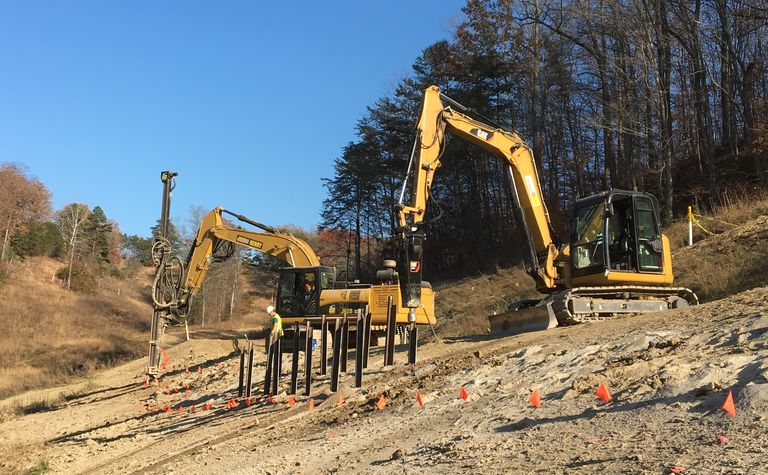 Slope movement can pose a threat to the integrity of pipelines that traverse areas of sloping terrain. In the Appalachian Basin, in the USA, there is a high incidence of landslides in the geologically diverse mountainous terrain. Ground conditions in this region can be very sensitive and easily destabilised by saturation of soils from surface and subsurface water. Thousands of miles of pipelines currently pass through the Appalachian Basin, with thousands of miles of new pipelines planned in the next decade.

Slope movement near or within a pipeline right-of-way may impact pipeline integrity, causing bending strain, deformation, stress-cracking, leakage, and even ruptures. Mitigation efforts should be tailored to address site-specific conditions and should be designed to reduce the risk of pipeline failure and minimise the long-term cost to maintain the slope.

In December 2013, a gas pipeline in eastern Kentucky was experiencing strain features due to a downslope ground movement perpendicular to the pipeline alignment. The subsurface conditions generally consist of 5ft to 8ft of uncompacted sand fill and residual soil overlying weathered shale and sandstone bedrock. Groundwater was encountered during drilling at depths ranging from 3ft to 20ft. Pre-stabilisation inclinometers indicated that the slope movement generally occurred at depths of four to six feet. The damaged pipeline was replaced and the slope was temporarily restored but a permanent fix solution was required to prevent future anticipated movement.

Terracon Consultants recommended the innovative Geopier SRT as a permanent fix solution to the moving slope. The SRT system was selected by the client to reinforce the slope in-situ because it was a cost-effective solution with the additional advantage of minimising disturbance of the right-of-way and interference of operations.

The Geopier SRT slope stabilisation method consists of driving Plate Piles through a slide mass or a potentially unstable soil layer. The Plate Pile technology is used to stabilise shallow failing slopes or reinforce marginally stable slopes. Geopier SRT Plate Pile elements are non-displacement steel sections; the piles do not require post-tensioning and there is no steel exposed on the ground surface. Plate Piles consist of S-shape steel section piles to which rectangular plates are attached. Plate Piles are installed in a staggered grid pattern using impact or vibratory hammers. Plate Piles mobilise the strength of the soil through arching and transmit slide forces to the underlying stiffer soil. The downslope force on each Plate Pile is resisted by the bending strength of the Plate Pile shaft in combination with the passive resistance of the soil behind the plate.

In 2015, approximately 1,460 SRT Plate Piles were installed to stabilise the slope above and below the natural gas pipeline in eastern Kentucky. Small-diameter holes were drilled into the weathered bedrock using a John Henry Rock Drill. A Cat H95E hammer mounted on Caterpillar 308E excavator was used to install the 9.5ft-long black steel Plate Piles. Piles were stockpiled off-site and shuttled to the job with a straight truck. An on-site crew of three men and completed the work in 20 production days. The use of small, mobile equipment allowed for the work to be performed directly on the slope with no interference of operations.

Terracon monitored the reinforced slope for a one-year period after the piles were installed. Approximately 1.5in of movement was recorded in the first three months after construction which was expected to engage the SRT plate piles, and then the movement completely stopped. This project demonstrated that SRT system can successfully be installed along pipeline right-of-ways with difficult access while decreasing construction time and earthwork operations.

Miriam Smith is Geopier's director of business development; she has over 18 years of experience in geotechnical engineering consulting and research 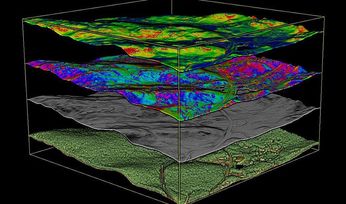 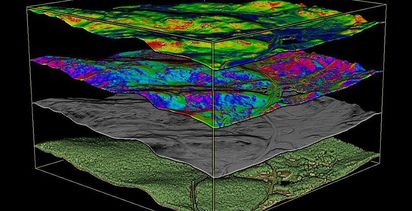