Around €1.6 billion (US$1.8 billion) is being invested by Deutsche Bahn this year to improve the quality of the rail network in Bavaria. 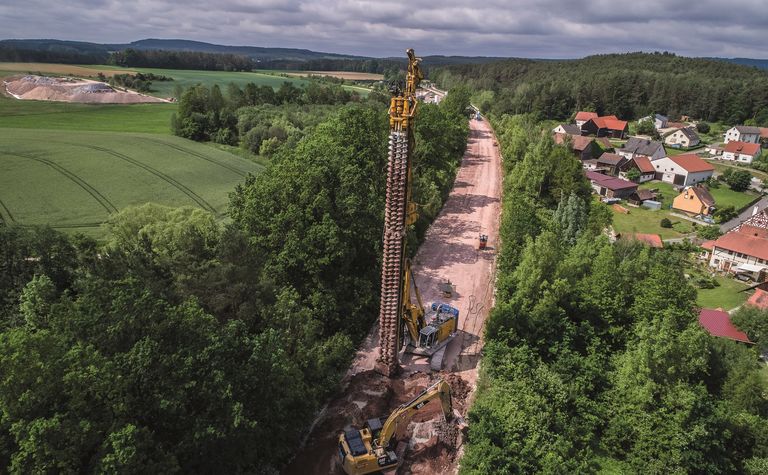 Tilting technology - a function which allows the trains to run faster - and freight trains have not been allowed on the 5060 line since 2016 because the old line could no longer safely handle high speeds or heavy loads. The 5060 between Neukirchen near Sulzbach-Rosenberg and Vilseck is a branch line of the Nuremberg-Schwandorf line, which branches off at Neukirchen in the direction of Weiden.

With the remediation of the approximately 11km section of track between Neukirchen and Vilseck, the line has now been modernised and the tracks have been extended. Bauer Spezialtiefbau was commissioned by DB Netz AG to remediate a total of three railway embankments.

While the line was closed completely, around 42,000m² of individual Mixed-in-Place (MIP) panels were manufactured.

"This is very unusual and a first for us," said Stefan Ferstl, project manager at Bauer Spezialtiefbau. To carry out the work in MIP method, Bauer obtained permission from Deutsche Bahn to conduct operational testing due to the company's high safety standards. "We were able to implement this method of using the existing soil directly as aggregate for the required concrete pillars for the first time in a railway embankment."

Overall, around 2,700 individual panels were manufactured on three different embankments.

In order to keep to the tight schedule and to get the line-up and running again as soon as possible, six teams worked on the drilling, each with two rigs for the day and night shift. They also worked on public holidays and weekends. An RTG RG 27, an RG 25 and two RG 19 rigs, as well as a Bauer BG 24, were used. To further stabilise the embankment, approximately 50,000m² of geogrid was laid and around 10,000t of cement and 180t of flow agent were used. 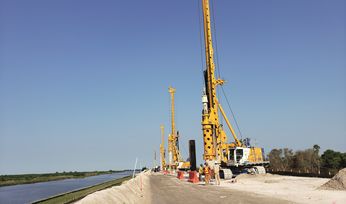 First application of the Bauer twin rotary system in France