A remote Scottish castle created a unique set of challenges for CAN Geotechnical when it was contracted to undertake slope stabilisation work to retain the building’s structural integrity. 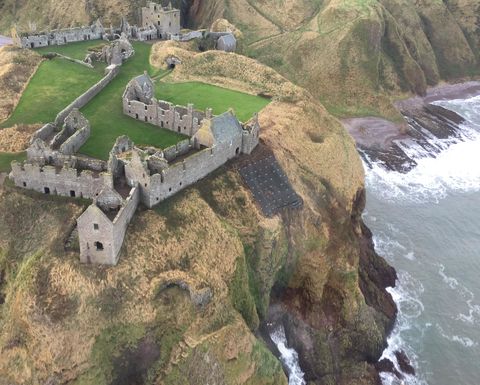 CAN Geotechnical was appointed by Dunecht Estates to undertake a design and build contract at Dunnottar Castle, a ruined medieval fortress located upon a rocky headland on the north-east coast of Scotland.

Taking its name from the Scottish Gaelic: Dùn Fhoithear, meaning fort on the shelving slope, the Castle was always known for its proximity to the cliff edge. Geologically, the rock the Castle sits upon is incredibly durable, having been forced to the surface 440 million years ago during the Silurian period and is a red rock conglomerate with boulders up to 1m across, known as Pudding Stone. While the cementing matter surrounding the ancient Highland rock pebbles are so tough that faults or cracks pass through the pebbles themselves, the castle is still at risk from any soil movement and subject to natural erosional processes.

As part of the Estate's routine programme of continuous monitoring and assessment of its building portfolio, CAN Geotechnical was appointed to undertake a geotechnical inspection of the slopes and rock faces. During this inspection, it was discovered that there had been a failure of a section of soil slope on the seaward side of the headland, which required immediate remediation in order to prevent further erosion and eliminate the obvious risk it would present to the Dunnottar Castle's structural integrity.

The remediation should have been relatively straightforward, apart from any solution having to impact minimally on the castle's normal operations, it being both a tourist attraction and wedding destination. However, while the solution designed by CAN Geotechnical was typical for a project such as this, the cliff-edge location of Dunnottar Castle was always going to present a number of challenges to the solution's implementation, especially as access to the headland was extremely limited.

The first obstacle to overcome was one of access. Specifically, there was just a single footpath down from the headland then up to some steep steps, as well as through several tight passageways. As a result, the mobilisation of plant and equipment, in order to carry out its programme of works was understandably problematic but CAN was able to design a rather novel solution.

CAN's solution involved it procuring a helicopter, which had the capability to lift heavy items to the worksite. That said, the helicopter had a maximum payload of only 1,000kg, and, therefore, any equipment needed had to not exceed this mass. 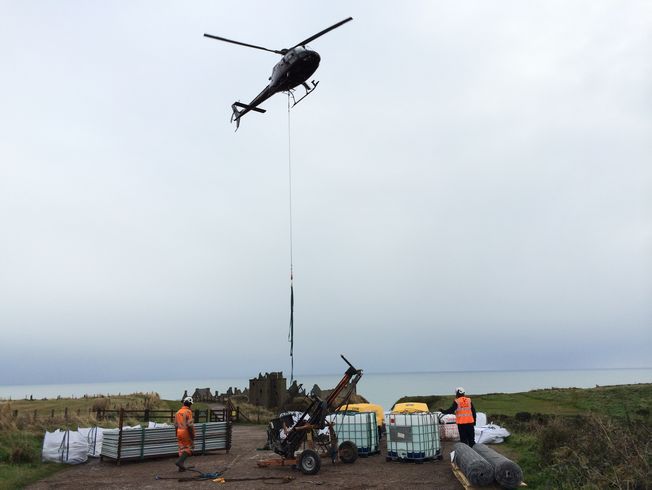 With this additional limitation to deal with, CAN planned the works to only utilise items in loads of 1,000kg and this meant deploying an A-frame slope mounted drill rig powered by a diesel-hydraulic powerpack situated near to the drilling site, to install the rock bolts. This method was selected as the overall weight of the drill rig is 700kg and weight of the diesel-hydraulic powerpack is just under 1,000kg, allowing both to be helicopter lifted from the mainland to the work location.

During the project, all plant and materials were mobilised by helicopter to the works, including water for grouting for the duration of the job.

CAN Geotechnical's actual design and build solution consisted of high-tensile steel Tecco mesh installed over the unstable area, secured with 56No rock bolts. These bolts were installed up to 8m deep into the hillside, ensuring that a minimum of 3m embedment length in solid rock was achieved. Galvanised and epoxy coated bar was used to ensure the design life necessary in the coastal environment.

Safety on site was obviously paramount, especially with the size and weight of loads being airlifted across the location. To address this, a temporary closure of the Castle and the surrounding access roads and footpaths was arranged for one day at the start and end of the project. These closures allowed the helicopter lifts to be carried out safely, as well as works to be undertaken and completed to schedule with the minimum of disruption to the Castle's normal working functions.

From CAN Geotechnical arriving on-site, work took just four weeks to complete and Dunnottar Castle, which has stood in various forms since the third century looks to stand firm for many more years to come. 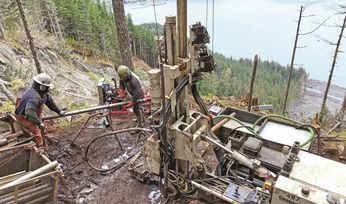 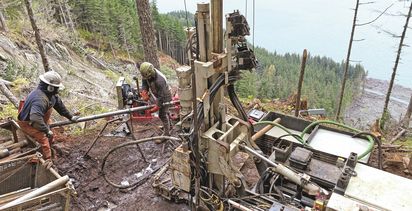