New releases of RS3 and Slide3 from Rocscience

Rocscience has announced new releases of its RS3 and Slide3 software for slope stabilisation, with extensive new features and enhancements. 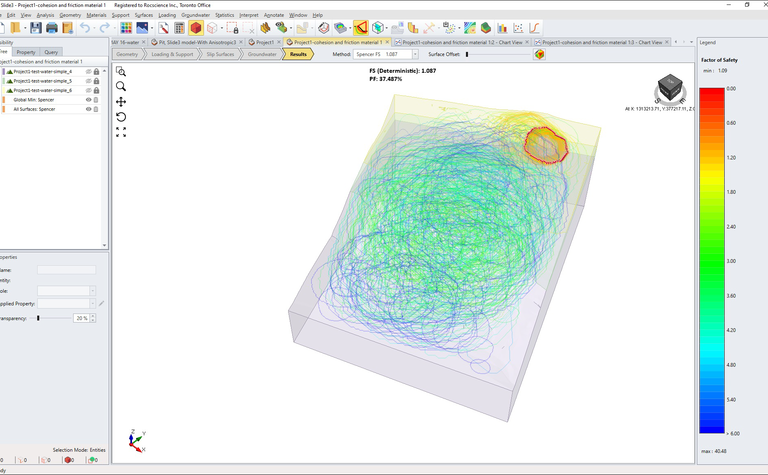 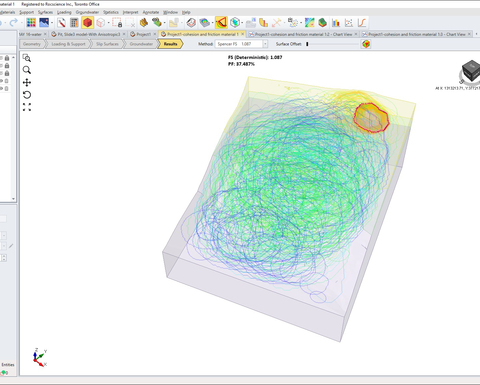 Both RS3 and Slide3 feature improvements to geometry operations such as a new Simplify Geometry Triangulation feature, new Surface Triangulation tools, new Geometry Repair tools and more. Also new in both programmes is import of IDS Georadar live radar monitoring for contouring on the existing model. In RS3, there is a new Add Joint Surface feature and improved Contour Plane and Section tools. Finally, Slide3 now features support for probabilistic analysis, export of safety maps, the addition of Maccaferri and Tensar common support types, and much more.

Geometry improvements in RS3 and Slide3

New in both RS3 and Slide3 is a Simplify Geometry Triangulation option that allows users to simplify the triangulation of selected imported geometry to reduce the number of triangles. The Import Geometry process in RS3 and Slide3 has been enhanced with the incorporation of the validation and cleaning operations into a single post-processing step as the last step in the process. Together with the addition of Geometry Simplification, this enhancement makes the tool even easier to use.

In addition, to Simplify Triangulation, several other surface tools have been added to the Surface Triangulation tools array in RS3 and Slide3. These include:

Two new tools have been added to the Geometry Repair tools in both RS3 and Slide3 to assist users do overall cleaning of the model.

Collapse Material Boundaries is a convenience function that gives users the ability to "union" adjacent solids that have the same material assignment over all stages in a project. From experience, unnecessary splits can occur to a unified solid that breaks up into small pieces. This increases the complexity of the model and reduces the speed of simulation. In previous versions, users could already clean up the model by manually selecting the pieces one by one and "unioning" them, but this can be tedious. Users can now simply use this function to have the program quickly merge all touching solids that have the same material assignments over all stages.

Discard Isolated External Pieces makes suggestions and removes floating solid pieces that are disconnected from the rest of the model.

New in both RS3 and Slide3 is the ability to export selected contour surfaces to a file, it will be useful to users who want to import contour surface information into other 3D geometry or data programmes for further analysis.

Newly added to both RS3 and Slide3 is the ability to import live IDS radar monitoring data for contouring on the existing model. In previous versions of the program, users could import radar data from a CSV file. The difference now is that users can establish a direct live connection to a data server using a REST API. This addition of support for live radar data means Rocscience is one step closer to so-called intelligent slope design.

New and improved in RS3

A new Add Joint Surface feature in RS3 gives users the ability to select any set of surfaces and define them as joint surfaces.

Improvements to the Contour Plane and Section tools in RS3 now allow users to select plane entities before starting RS2 Section Creation or Contour Geometry operations. This streamlines these operations since, in previous versions, users had to manually specify the location of the plane before beginning the process.

By assigning a statistical distribution to one or more model input parameters, the user can account for the degree of uncertainty in the value of the parameters. Input data samples are randomly generated based on the user-defined statistical distributions. A given slip surface may then have many different factor of safety values calculated. This results in a distribution of factors of safety from which a probability of failure for the slope can be calculated.

Other features and enhancements in Slide3

Other new features in and enhancements in Slide 3 include: