Progress at first HS2 tunnel site in the UK

A milestone has been reached at the launch site of the tunnelling machines, which will be used as part of the UK high-speed rail HS2 project, as the 17m high headwall and ground reinforcement at what will become the south portal of the 10-mile long Chiltern tunnel is completed. 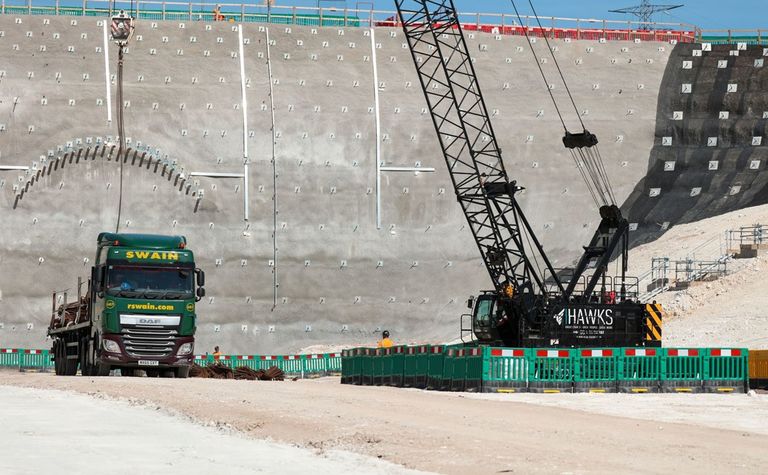 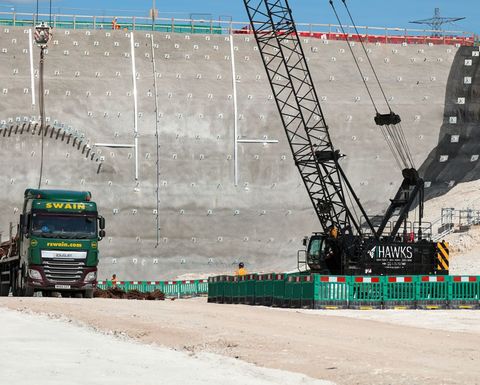 Weighing in at 2,000t and stretching for 170m - the two tunnel boring machines (TBMs) are being built by in Germany by Herrenknecht - and due to arrive at the site, near to the M25, London's orbital motorway, later in the year.

Alongside the excavation, a specialist team of subcontractors including Roadbridge and KV JV - formed from Keller Group plc and VSL International - also constructed a 17m high headwall through which the TBMs will break to begin their three-year-long tunnel drive.

In order to reinforce the ground behind the headwall, more than 636 soil nails, consisting of steel or glass fibre reinforced polymer tendons - some up to 20m long - were driven into the wall and connected to the concrete lining. They have been installed to hold the ground and the surface of the wall in place as the TBMs begin to break through.

Commenting on the progress, Mark Clapp, HS2 Ltd's C1 senior project manager said: "The completion of the headwall and ground reinforcement is a major step towards the start of tunnelling and delivering on that goal.

"Safety is, of course, our top priority. The new COVID-19 processes and procedures put in place by Align ensured that we were able to keep to schedule while keeping everyone safe - and I'd like to thank the whole team for pulling together during what has been a difficult few months for the whole construction industry."

Daniel Altier, the Align project director added: "The completion of the soil nailing is a very visual example of how we are preparing our South Portal site for the arrival of the TBMs later this year. It is now clear for all to see where the TBMs will start their journey.

"This has been a great team effort by all concerned, considering the challenges caused by COVID-19, including HS2, Align and our colleagues at Roadbridge and the KVJV."

Align is delivering the C1 portion of HS2 phase 1 which includes the 10-mile long (16km) twin-bore Chiltern tunnel and the 3.4km Colne Valley Viaduct. The work is being led by an integrated project team based at the site just inside the M25.