Earth beside the Chiltern main line in Warwickshire, UK, has been secured from landslips to provide more reliable journeys for passengers. 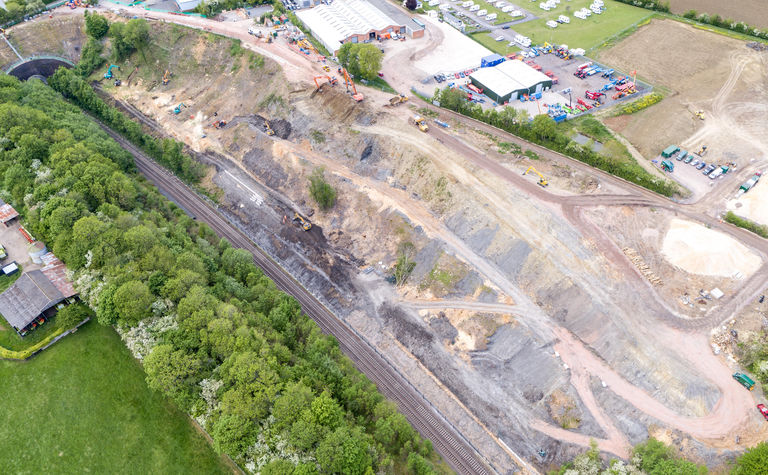 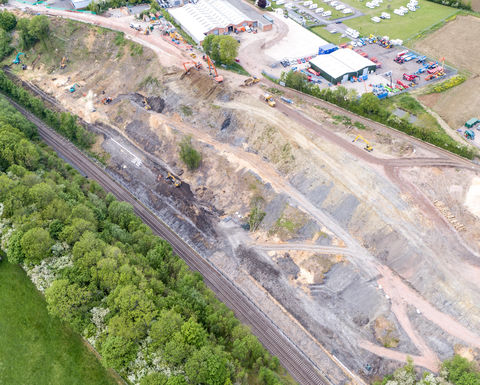 Large nails and piles have been dug into the slopes beside the tracks below the slope on the south side of Harbury tunnel between Leamington Spa and Banbury, UK, to make them stronger

Network Rail engineers stabilised a slope on the south side of Harbury tunnel between Leamington Spa and Banbury as part of a £9 million (US$12.5 million) investment.

The major improvements started in December 2019 and workers left the site on March 5. From start to finish the major earth moving project work took 15 months to carry out.

The underground conditions in the area have caused problems for the railway ever since it was built in 1852. The first attempt to make the slopes of the cutting at Harbury shallower to prevent landslips was undertaken by Victorian engineers of the Great Western Railway in 1884.

Most recently in 2015, 300,000t of earth moved on the north side of Harbury tunnel forcing the important passenger and freight railway route between the Midlands and London to close for six weeks.

Emma Gray, scheme project manager at Network Rail, said: "This significant investment to secure this part of the Chiltern main line will ensure reliable journeys for passengers between Birmingham and London for many decades to come.

"The ground here, made up of layers of limestone and shale, can be unstable and could potentially cause issues for the railway running through it. This preventative work will stop future slips and make it much more secure.

"We know Harbury very well after the huge landslip in 2015 and I want to thank the local community for their patience while we carried out this important work to protect the railway."

Large nails and piles have been dug into the slopes beside the tracks to make them stronger. A new retaining wall has also been built at the bottom of the railway cutting to prevent soil movement.

The project has been carried out during the daytime while passenger and freight trains continued to run below, meaning no disruption to services and no noisy overnight work. 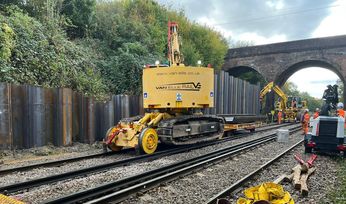 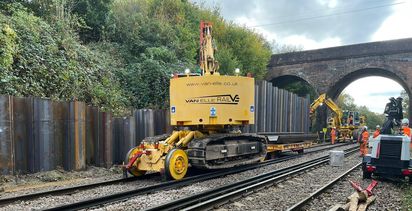 Our future in our hands